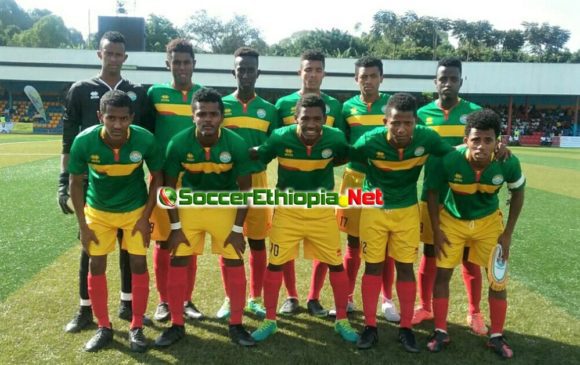 The national U17 football team will be up against Ethiopia in a semi-final clash this afternoon as Amavubi Starlets battle for a spot in Sunday’s final at the ongoing Cecafa region qualifiers of the 2019 CAF Africa Cup of Nations in Dar es Salaam, Tanzania.

Rwanda progressed to the last four after finishing second in Group A with six points out of a possible nine, behind favourites Tanzania who collected maximum points from three victories.

Yves Rwasamanzi’s side recorded two victories – over Sudan and Burundi – and lost one group game, against Tanzania.

While speaking to Times Sport from Tanzania on Thursday, Rwasamanzi said all his players were in good form ahead of the Ethiopia encounter today.

“This is our most important game so far at the tournament, and it is likely to be more mental and tactical than physical. We have prepared well in every aspect and I am convinced it will be a moment for my boys to shine. It is going to be a tough call, but we are ready,” Rwasamanzi said.

He added that, “We will seek to score early in the game, but also ensure our defence doesn’t cause us troubles. Every detail in such a game counts, after all it could be the only thing making a difference given the preparedness of the opponents.”

“We want to reach the final, and qualify for the AFCON finals next year.”

In the other semi-final clash, also to be played today, hosts Tanzania take on Uganda.

Should Rwanda oust Ethiopia and Tanzania see off Uganda, the Amavubi Starlets will automatically land a slot in the 2019 AFCON U-17 finals since Tanzania already has a direct ticket to the tournament by virtue of being the host nation.

The third place playoff and the final are set for Sunday at Tanzania National Stadium.