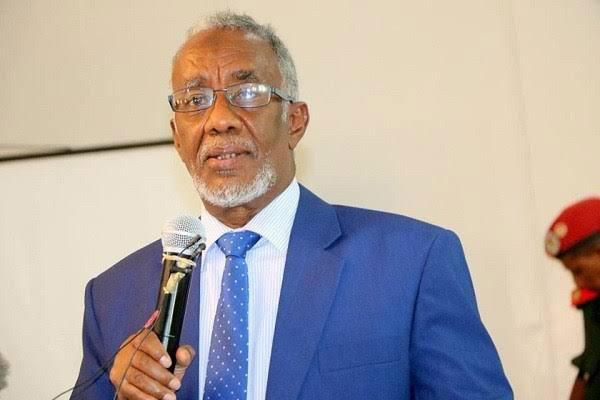 Kenya has a big role to play in Somaliland’s economic development if local investors venture in the Horn of Africa nation.

“Come and work with us in building the great nation of Somaliland, we have so many opportunities,” Mr Hiir said as he addressed Somaliland Investment Conference in Nairobi on Friday.

Kenya National Chamber of Commerce and Industry vice chairman James Mureu said Kenya was ready to do business with Somaliland.

Mr Hiir said his country was ready to open its doors to foreign investors.

“Kenya and Somaliand share so much in common. We have a historical bond that needs to be nurtured so as to empower our people through trade and investment,” said Mr Hiir.

“While Kenya is advanced in many aspects in this region, Somaliand imports nearly everything. It beats logic that we import what it can get from Kenya from as far as South America,” he said.

He said Kenya and Somaliand should reinforce their pursuit for mutual interests on the basis of shared vision and common values.

“We need to expand cross-border trade and investments between the two countries for mutual gain,” Mr Hiir said.

“The large number of Kenyans who are working and living in Somaliand is a proof of our good hospitality, we can increase prosperity for our citizens through enhanced trade,” said the minister.

He said Somaliand government was is interested in trade and investments, financial integration, free movement of goods, education, tourism and hospitality.

He added that the country was also interested in partnering its digital economy and connectivity, blue economy, innovation and science and technology.

“Our diplomatic and trade missions are tasked with identifying, facilitating and supporting new and prospective business and investment opportunities by providing critical information and efficient consular services,” Mr. Hiir said.

“The increasing interest in investment prospects in various sectors in Somaliland and the upturn in fortunes such as tripartite investment in expanding the Berbera Port, the multi-million-dollar investments such as the Coca-Cola plant, fibre optic cable and the exploration works by international oil and gas companies show that Somaliland is becoming attractive to foreign investors,” he said.

During the Somaliand Investment Forum, which was meant to showcase the investment opportunities available in the country to Kenyan investors, the minister said that his country’s diplomatic missions would provide strategic guidance to investors.

“Our forefathers who fought for freedom had a vision to see us trading and working together. If we are going to achieve that dream, we must make the continental free trade agreement operational,” said Mr. Mureu.

Somaliland envoy to Kenya Mr Omar Bashe said Kenya must tap into the opportunities available in his country. Mr Bashe said that it was unfortunate that there were no direct flights from Nairobi to Hargeisa, Somaliland. He added that Kenya could export so much to Somaliland.