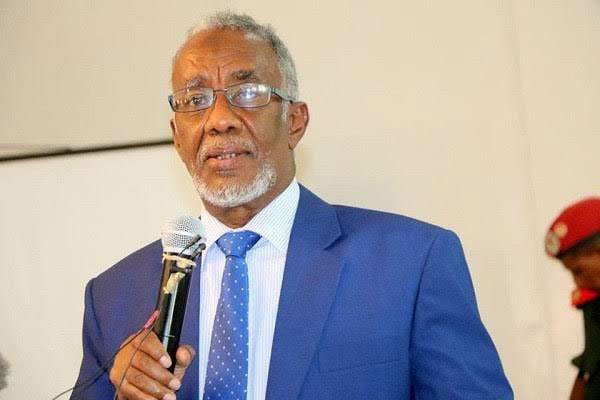 The Somaliland government expressed reservations about a Saudi Arabia-led initiative to create cooperation for countries along the Red Sea and the Gulf of Aden.

The Red Sea entity is an initiative unveiled by King Salman in order to promote stability in the region. The initiative will bring together Egypt, Sudan, Djibouti, Yemen, Somalia and Jordan.

“The Republic of Somaliland considers the recently-announced initiative to establish an entity of cooperation with six countries bordering the Red Sea and the Gulf of Aden, a strategic area and a vital global shipping line, as incomplete without the participation of Somaliland, ”a Somaliland Ministry of Foreign Affairs statement said Sunday.

“Somaliland has successfully safeguarded terrorists and piracy from its land and coastal waters, and will not delegate the security of its 850-Kilometer territorial water to any other country, ” the statement added

The Somaliland Foreign Ministry statement found fault with the press release on the Red Sea Initiative the considers Somaliland as part of Somalia.

“Somaliland is an independent and sovereign country, and any agreement between regional countries that considers Somaliland as part of Somalia is a mistake .. unacceptable to Somaliland.”

Meanwhile, the Somaliland government made it clear that it welcomed any cooperation initiative that actively and correctly contributed to the security and prosperity of countries along the Red Sea.

“However, we look forward to any cooperation that actively contributes to the security and prosperity of this area without compromising the sovereignty of any country.” the statement read. CAIRO – 13 December 2018: An agreement to establish an entity for the Red Sea and Gulf of Aden countries was reached on Wednesday, Dec. 12 by Saudi Arabia, Egypt, Jordan, Yemen, Sudan, Djibouti and Somalia.

The agreement aims to boost stability and increase investment opportunities in the above mentioned countries.

This came during the Consultative Ministerial Meeting of the African and Arab States bordering the Red Sea in Riyadh, Saudi Arabia, in which Minister of Foreign Affairs Sameh Shourky participated.

In a press conference, Ahmed Hafez, spokesperson of the Ministry of Foreign Affairs, referred that the meeting aimed to discuss ways of promoting cooperation between the African and Arab countries bordering the Red Sea.

Hafez pointed out that Egypt hosted the first Consultative Ministerial Meeting of the African and Arab States bordering the Red Sea on December 11 and 12, 2017, and will host the next meeting to resume discussions.

He added that Shoukry stressed the importance of promoting cooperation and economic integration among the countries bordering the Red Sea on the political, economic and cultural levels.

In December 2017, Egypt launched an initiative to establish a framework of cooperation between the Arab and African countries bordering the Red Sea to face different challenges they may encounter.

Foreign Minister Shoukry stressed that the Red Sea countries have not reached the required level of coordination to face challenges.

He pointed out that the countries have recently exerted efforts to combat piracy in the Horn of Africa, warning “we should consider the foreign agendas as well as the political and security turmoil in the region, including the Yemeni crisis, which affects the economic conditions of the Red Sea countries.”

He noted that Egypt is among the top countries combating terrorism with its participation in the Arab alliance. The Egyptian Navy contributes to ensuring maritime security and preventing arms trafficking in accordance with the international resolutions.