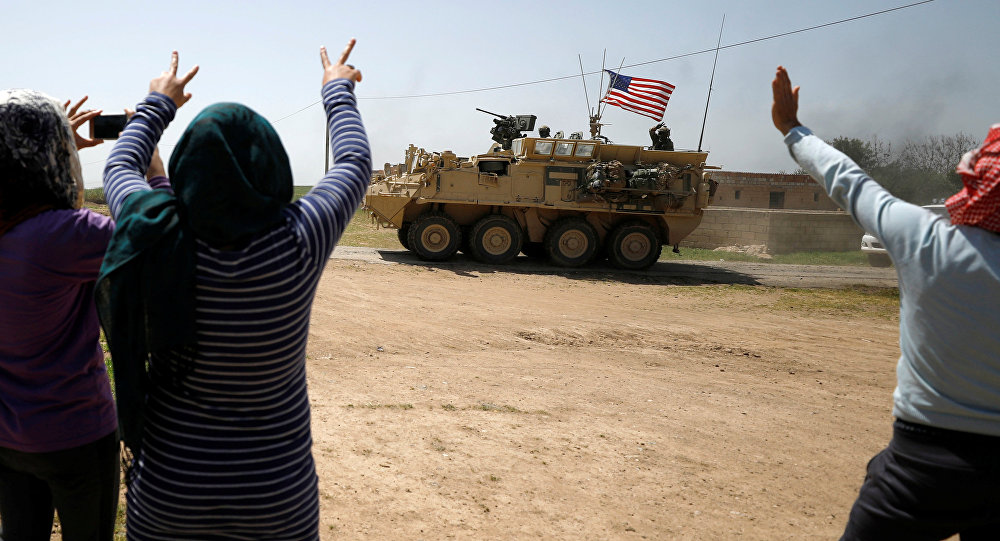 On 19 December, Washington announced that it will be withdrawing US troops from Syria within the next few months. President Donald Trump justified the move by stating that the American forces had achieved their goal of defeating Daesh in Syria and can now return home.

Speaking at a Cabinet meeting at the White House, President Donald Trump upheld his decision on US troops’ withdrawal from Syria, which he claimed “was lost long ago”.

READ MORE: US Withdrawal From Syria a Step in Right Direction – Russian Envoy to UN

At the same time, he signalled readiness to “protect” US-backed Kurdish forces amid the US troops’ pull-out, which Trump said would take place “over a period of time”. He claimed that he has never given a four-month timetable for this withdrawal.

His remarks came a few days after The New York Times cited two unnamed US administration officials as saying Trump will give the Pentagon about four months to withdraw American troops from Syria.

The officials referred to the US President’s meeting with Lt. Gen. Paul J. LaCamera, head of the Combined Joint Task Force fighting Daesh in the region; during the meeting, Trump allegedly told the lieutenant general that the troops could have several months to ensure a “succinct departure”.

The developments followed Trump’s tweet that his move to withdraw American troops from Syria was right, and that the US military will be returning home “with victory” over Daesh.

“If anybody but Donald Trump did what I did in Syria, which was an ISIS-loaded mess when I became President, they would be a national hero,” he told his Twitter followers.

The comments came after the White House announced on 19 December that it will be withdrawing roughly 2,000 US troops from Syria within the next several months, a move that Trump claimed can be explained by the fact that American forces had implemented their task of obliterating Daesh in the Arab country.

The decision was slammed by some US officials and prompted two resignations — US Secretary of Defence Jim Mattis, who announced that his views were no longer aligned with Trump’s, and Brett McGurk, special presidential envoy for the US coalition in Syria.