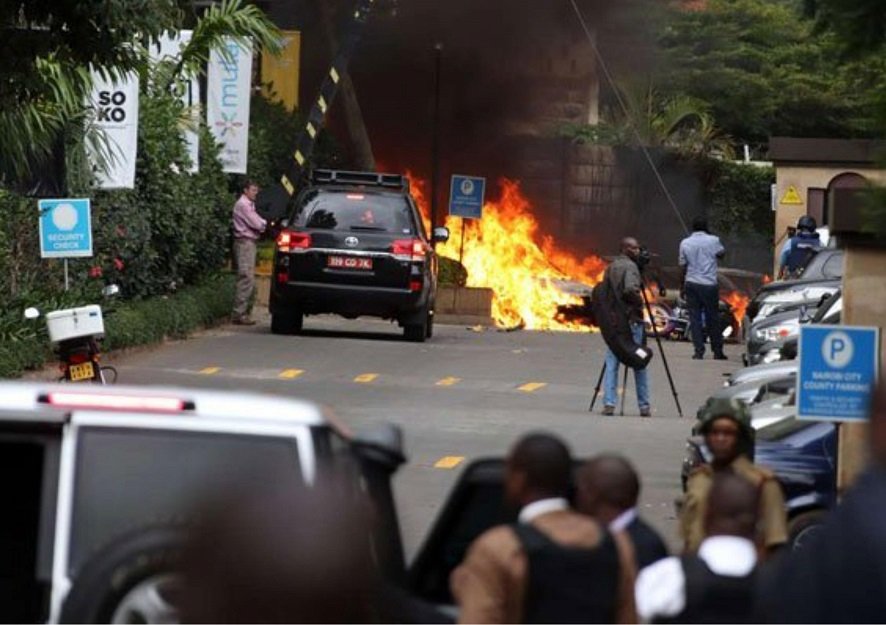 The Government of Somaliland has strongly condemned the heinous attack in DusitD2 Hotel in Nairobi, Kenya.

In the wake of the terror attack that hit Nairobi late afternoon Tuesday,  Africa and the world has sent tributes to the victims, survivors and their families.

As tributes trickle in, President Uhuru Kenyatta early Wednesday morning declared the attack at the 14 Riverside Drive over, with all the terrorists killed.

According to the head of state, 14 people were killed and 700 others evacuated from the hotel complex in Westlands, Nairobi.  He assured Kenyans that the government would pursue the people involved in the attack by militant group, Al-Shabaab.

“We will seek out every person involved in the funding, planning and execution of this heinous act. We will pursue them wherever they will be, until they are held to account,” he said.

He added, “We are grieving as a country this morning; my heart, and that of every Kenyan, goes out to the innocent men and women violated by senseless violence. We wish the injured quick recovery, and will continue to pray for them.”

Among the tributes are a message from the African Union Commission’s chairperson Moussa Faki Mahamat, who condemned the attack, sent condolences and assured Kenyans of the AU’s commitment to “to continue working with its Member States and partners in the fight against terrorism throughout the continent, as well as to pursue its efforts to stabilize the situation in Somalia and the fight against al-Shabaab, through its Mission in Somalia.”

Appalled by news of the attack on innocent people in #Nairobi today. The AU stands in solidarity and grief with the people&Govt of #Kenya in condemning this cowardly attack which underlines the need to redouble our efforts to combat terrorism on the Continent.

Here are other messages of condolences:

“South Africa condemns in the strongest possible terms the attacks on the government and the people of Kenya. South Africa extends its condolences to the bereaved and wishes those injured a speedy recovery,”

The Government of Somaliland has strongly condemned the heinous attack in DusitD2 Hotel in Nairobi, Kenya.We extend our deepest condolences and hope courage over the period of gloomy to the families of those who lost their lives and quick recovery to those injured

#Ethiopia strongly condemns terrorist attack in #Nairobi https://t.co/iVONym4nNo "The staff of the Ethiopian Embassy on behalf of the Gov't & People of Ethiopia offer their prayers for the victims of this heinous terror and extend their heartfelt condolences to their families.” pic.twitter.com/xt13Qt2Lxf

“The Federal Republic of Somalia extends its sincere condolences to the families of the victims and wishes speedy recovery of the wounded, affirming its full solidarity with the Government of the Republic of Kenya in its war against terrorism.”

“At this moment of grief, I reaffirm IGAD’s solidarity with the people and Government of Kenya in their fight against terrorism and violent extremism,”