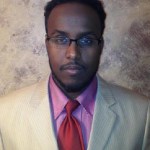 Recently we have witnessed the growing number of ousted former government officials defecting to the opposition parties from ruling Kulmiye Party. Those officials stated no fundamental dissatisfaction their party’s effectiveness and policy execution and in fact some of them undeniably have spoken the truth of the word that this ruling government has reached tremendous achievements and taken the country into unprecedented waves of developments. On the other hand, during their ceremonial acceptance into the opposition parties, they declared that they are change seekers “isbedel-doon”.

What is change? I guess we are abusing the term usually misused by opposition parties. Is change making a political platform for under achieved ones who could not perform their responsibilities effectively? Likewise are the politicians flanked by the president and joining the opposition parties.

If you look at the background of those politicians, most of them have held positions in the current and previous administrations. On the record are the statements they made blindly supporting the administration when they held the positions, and now blindly opposing the same policies they served under. None of them submitted formal resignations and all of them were sacked after failing to comply with the policies and procedures of the administration. In the twenty first century, political parties challenge each other on the grounds of policy, which is not on the list of our opposition party’s priorities. Somaliland needs strong opposition parties with strong policies and agenda, not a playground for under-achieved politicians. It is a common reference for most of the politicians in the world to use the word “change” accompanied by defined policies and foreseeable set of agendas. On the other hand, our opposition parties are beating the magical drums of political change without presenting detailed step-by-step policy changes they intend to implement if the possibility of governing arises. The wisdom behind the three political parties in our country is to give the public options to choose from the one that best address their needs. It is the political parties job to present the public with three different policy packages that addresses the needs of their constituents. That picture of addressing issues that are most compelling for the public is missing, and yet they are calling for change. The Public knows that the current administration has done a lot considering our economy, budget, lack of recognition and the limited time frame it governed which only 4 years. In return, our opposition political parties do not have nothing to offer. The current state of our opposition political parties is best described  as the reer Xamar say “Bounce bounce, stay your place” or “Jug jug meeshaada joog”.