Since the Somaliland-Somalia talks began in 2012, no headway was made on the central issue to the exercise which was, for Somaliland, an amicable disentanglement from an ill-reputed former union with Somalia, where for Somalia the participants doggedly pursued another blind union with the former Italian Somalia.

Neither budged an inch. And, in fact, the pivotal point was calculatedly side skirted by Somalia and its ally – Turkey – each time Somaliland moved nearer to bringing to the open for the world to see and hear.

There were Somalilanders who always voiced concern over Turkey’s unwarranted role in the talks as Turkey neither showed neutrality in the central issue nor shied away from showing its gluttonous appetite for a piece of an unclaimed ripening pie in the Somalia of these days.

It showed its hand by assisting Somalia hoodwink Somaliland by always promising a more biting meeting round the corner next time. 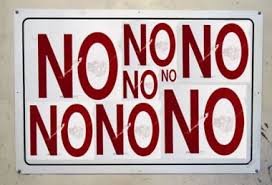 Furthermore, the Erdogan visit to Somalia makes a farce of the outcome of all previous meetings that it sponsored and oversaw for what they really were: window-dressing for a unity that Turkey earmarked for the two sides as long as it held the reins.

Turkey made no bones about concealing its long term interest in a Somali outside of Somaliland by firmly securing a foothold on both the Indian Ocean and Red Sea  as represented by the stretch of water from Ras Chiamponi (Juba Land) to Bossasso (Puntland) – run by two of the tin pot envy land administrations expressly established to cloud the issue of sovereignty for  legitimate, 1991 Somaliland.

Today’s visit to a city that is far from free of militants and Al Shebab shelling is a stark testimony to the blind love between Somalia and Turkey waltzing to a brisk tune the two of them alone can hear and dance to.

Recall – in pictures – the high hopes Somalilanders harbored of the talks between Somaliland and Somalia and the Mediation of Turkey for a very brief period of time: