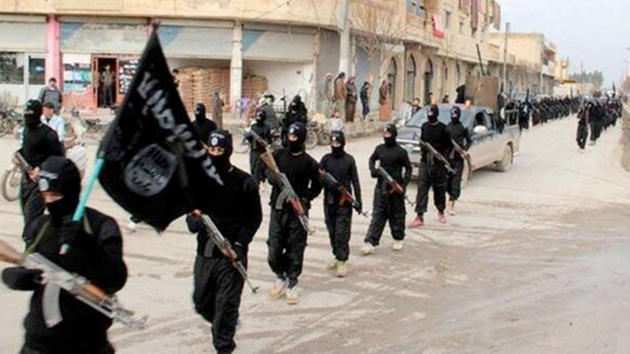 IS militants have delved to a new low and reportedly fed a desperate mum a meal of rice and meat and then told her “You’ve just eaten your son.”

Yasir Abdulla, from Yorkshire in northern England, left his family to fight against the Islamic extremists in his Kurdish homeland, The Sun reports.

The 36-year-old revealed the sickening story when he returned to Britain after fighting in Iraq.

Abdulla told the Sun newspaper: “I hate IS because of what happened to an old Kurdish woman from a nearby tribe.

“Her son was captured by IS fighters and taken as a prisoner to Mosul. She was determined to find her son and went to IS headquarters and asked to see him.”

After the mother’s long journey the militants reportedly told her to rest and have some food.

She was given cups of tea and a meal of cooked meat, rice and soup and thought they were being kind to her.

Abdulla added: “But they had killed him and chopped him up and after she finished the meal and asked to see her son they laughed and said: ‘You’ve just eaten him’.

The father-of-four decided to take on IS after they came within 10km of his hometown in Kurdistan.

Abdulla joined volunteers on the frontline and bought combat fatigues off the internet and an assault rifle in his hometown.

“We want to attack IS and drive them out forever.

“Someone has to stand and fight.

“We have got thousands of people in many villages and towns behind us. If we fall then all of those places fall, and that can’t happen.”

Abdulla vowed he would return to Iraq to help the rebels defeat the fanatics.