The US wasted $10 billion on missile defense projects which were doomed for failure from the beginning, due to a lack of analysis, a report by the Los Angeles Times says. Aside from the astronomical costs, the failures appear to also threaten US security.

America’s maritime based X-Band Radar (SBX) was hailed by the US Missile Defense Agency (MDA) as having the potential to become the most powerful radar of its kind in the world.

Henry A. Obering III, a retired director of the Missile Defense Agency, said at a Senate hearing in April 2007 that “if we place it in Chesapeake Bay, we could actually discriminate and track a baseball-sized object over San Francisco.”

However, despite all the hype, the SBX proved to be a flop and an expensive one at that. A report by the Los Angeles Times revealed the project eventually cost $2.2 billion and was doomed to fail from the very beginning, due to insufficient early testing. The system, which was supposed to have been operational in 2005, is now lying idle in Pearl Harbor in Hawaii. 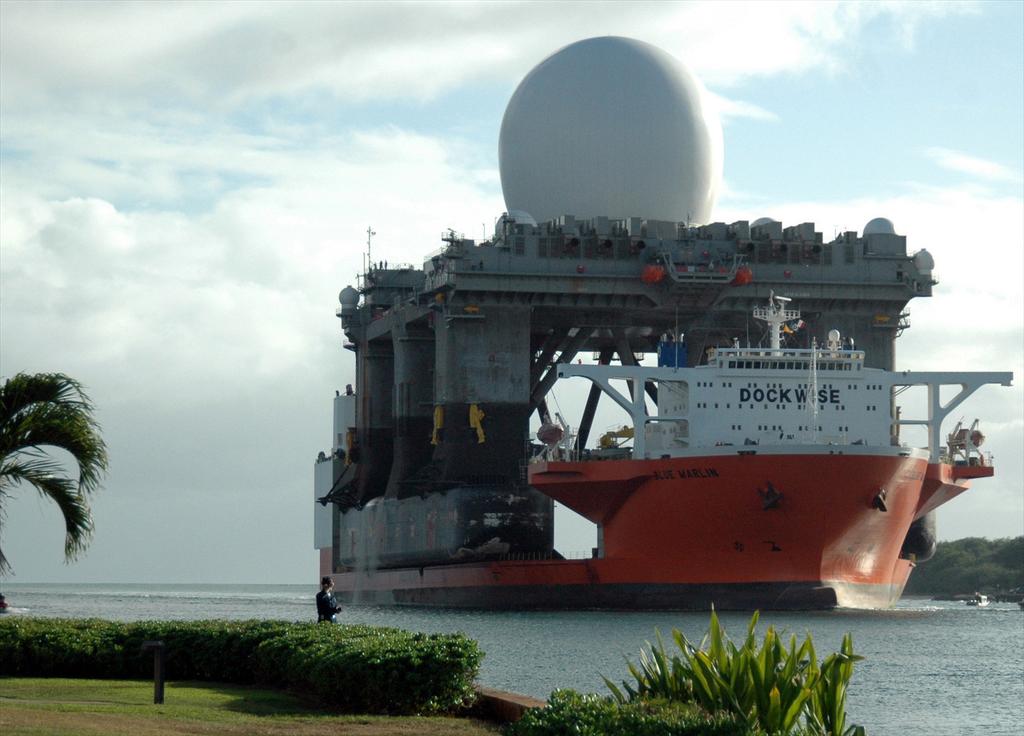 The failure of the SBX was just the tip of the iceberg. It was one of four projects which were abandoned and caused embarrassment for the MDA, while they ended up costing the US tax payer $10 billion.

The SBX, which is a floating radar system, was designed to spot incoming missiles and track them through space, while it would also guide rocket interceptors to eliminate the threat. The project was so advanced that it could tell the difference between actual missiles and decoy rockets.

The problem with the sea-based radar was its field of vision (25 degrees compared to 90 and 120 degrees of conventional radars) cannot be relied upon to track a number of incoming missiles at the same time.

“Although it can powerfully magnify distant objects, its field of vision is so narrow that it would be of little use against what experts consider the likeliest attack: a stream of missiles interspersed with decoys,” the report says.

Another big error of the project designers – they forgot to take into account the earth’s curvature. Due to this factor, the SBX would not be able to see a baseball around 2,500 miles away, unless the ball was travelling at an altitude of 870 or more miles above San Francisco. Technical experts told the Los Angeles Times that this is about 200 miles higher than a conventional missile would travel at if it was heading for the US.

“In the practical world of ICBM [inter-continental ballistic missile] threats, this baseball analogy is meaningless,” said C. Wendell Mead, an aerospace engineer who served on the National Academy of Sciences panel.

David K. Barton, a physicist and radar engineer who took part in the National Academy review, was also scathing towards the SBX’s inability to track missiles. He said the project was useless as the radar system was required to track incoming weapons from “cradle to grave,” in order to give rocket interceptors enough time to eliminate enemy missiles – something the project was unable to do.

A series of reports on SBX’s effectiveness also proved to be damning. A 2007 test said the“SBX exhibited some anomalous behavior,” requiring “adjusted software,” according to the Pentagon’s Operational Test and Evaluation Office. The same body also noted three years later that the “SBX exhibited undesirable performances that contributed to the failure to intercept.”

Despite being a colossal waste of tax payers’ money, critics also said that it left a hole in the US’s defenses. Experts said the money could have been better spent on land based radar systems, which would have had a better capability of tracking long range missiles.

“You can spend an awful lot of money and end up with nothing,” said Mike Corbett, a retired Air Force colonel who oversaw the agency’s contracting for weapons systems from 2006 to 2009. “MDA spent billions and billions on these programs that didn’t lead anywhere.” 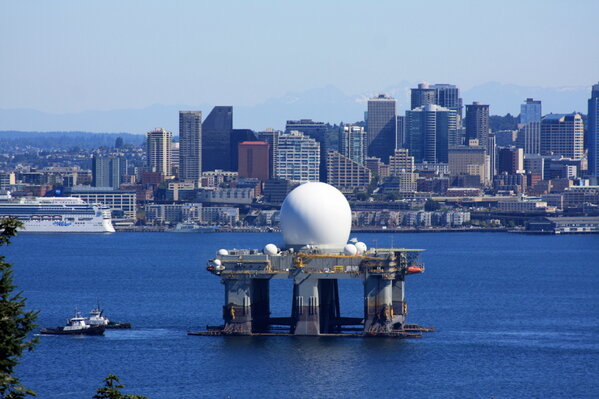 The MDA was set-up during Ronald Regan’s presidency and has a budget of $8 billion and employees just shy of 9,000 people.

Another embarrassing failure for the MDA was Airborne Laser system, canceled in 2012, a decade after it was envisaged. The project would incorporate converted Boeing 747s which would fire laser beams at missiles soon after they were launched.

The only problem with the $5.3 billion project, was that the lasers could only be fired from a short range, meaning the planes would have to get very close to where the missiles were to be launched from and would be sitting ducks for missile defense systems.