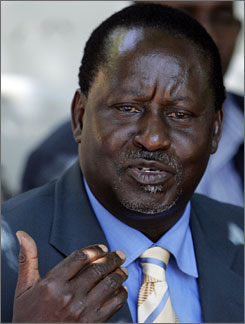 Kenya’s main opposition party called for elections scheduled for 2017 to be brought forward because of deteriorating security and the government’s failure to address corruption.

Unidentified officials in Kenya linked to the Islamist militant group al-Shabaab in neighboring Somalia smuggled sugar into the country and supported the illegal trade in charcoal in areas controlled by Kenyan soldiers in the Horn of Africa nation, former Prime Minister Raila Odinga said in an e-mailed statement April 25. President Uhuru Kenyatta’s spokesman, Manoah Esipisu, declined to comment on Odinga’s remarks when called by Bloomberg News on Monday.

“Smuggling of sugar and trade in charcoal are endorsed by top political, intelligence and security officials charged with our security and war on corruption,” Odinga said. “Under the circumstances, the president needs to seriously consider calling fresh elections to save our country from total collapse.”

Odinga said Kenyatta’s directive was outside the law and would cripple the war on corruption rather than support it.

“By acting unprocedurally and outside the law, the president was creating an exit for the suspects instead of reining them in,” he said. 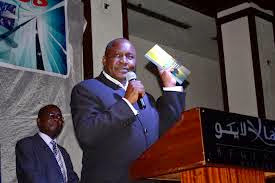 Insecurity in Kenya has worsened since Kenya sent its troops to Somalia in 2011 to fight the al-Qaeda-linked al-Shabaab militants, blaming them for kidnappings and killing of tourists on its soil. Al-Shabaab has claimed some of the deadliest attacks over the past four years, including a raid this month on a college in Garissa that killed at least 147 people, most of them students.

Odinga last year called for a referendum on proposals to amend the constitution to provide county governments with greater responsibility for security and increase their mandatory budget allocations from the national government to 45 percent from 15 percent.

Odinga has lost three attempts to become president of Kenya, the third in March 2013 when he was defeated by Kenyatta. He served as prime minister in the previous government with Mwai Kibaki as president, after losing the 2007 race. Kibaki and Odinga formed the coalition government following the violently disputed vote that resulted in the deaths of at least 1,100 people.