We have Madonna who’s now doing crazy stints, most are devil-ish. Have you seen her Grammy performance? Were you not scared about the dancing baphomets around her? Her song Illuminati is also criticized by a lot of people, saying that she is giving a misconception about the group.

Another popular artist who is branded as Illuminati is Taylor Swift. Yes, her songs might be harmless but you can see from her videos signs of this ‘secret’ society. In one of Swift’s video, there’s a sudden lightning that crashed on her. People believe that it’s a symbol of Lucifer as the bible tells us that he ‘fell like lightning’.

Lastly, we have Beyonce and Jay-z. This power couple has been the center of attention not only for their songs but because they are known to be strong supporters of Illuminati. The name of their daughter is being ‘examined’ as well. They named their daughter ‘Blue Ivy’. According to one source, if you rearrange the letters to Eulb Yvi, that’s a Latin term for Lucifer’s daughter. Yes, that’s quite creepy.

Of course, it is crazy to give such conclusions that these popular artists are singing for Satan. We do not have enough proof that they are members of Illuminati. However, some of these artists are obviously using that Illuminati craze just to get more popular. You decide if you still want to listen to their songs.

Illuminati
the Illuminati is a secret organization of the most powerful and influential elite in the world. They go back for centuries and maintain the same bloodlines. They set up the council on foreign relations, the Bilderberg group and the tri-lateral commission. Those 3 groups all meet to plan the fate of the world. They consists of international bankers, top government officials, leaders in the energy cartel and media monopoly owners and have control over the U.N. and unesco.their subdivisions reach into everyone’s daily life without most sheeple even being aware of it. They also have ties to the freemasons, skull and bones, and the knights templar.their ultimate goal is for a one world government which they will control, also a one world currency, and they want control and ownership of all land, property, resources and people. Also, they manipulate political parties, and the legal and illegal drug trade and federal agencies related to all matters listed above.
Illuminati Signns & Symbols 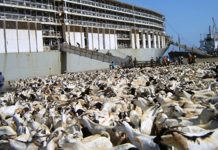 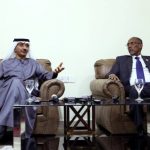 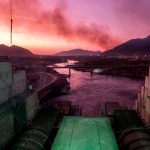 Does Egypt Have Right to Build Military Bases in Somaliland?

Africa Somtribune Africa - August 13, 2020
In the context of the Renaissance Dam crisis which recently escalated between Egypt and Ethiopia, Somali reservations emerged regarding the fifth clause of the... 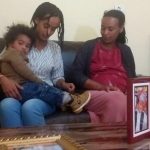