President Uhuru Kenyatta of Kenya on Wednesday softened a threat to expel hundreds of thousands of Somali refugees within three months, saying there would be no forced repatriations.

Mr. Kenyatta made the assurance after meetings with the top refugee official from the United Nations. He also met with Secretary of State John Kerry here this week.

Kenya’s government was sharply criticized last month for vowing to close Dadaab, one of the world’s oldest and largest refugee complexes, home to more than 350,000 Somalis, about 60 miles from its border with Somalia. The deputy president, William Ruto, said the United Nations refugee agency had three months to relocate Dadaab’s residents, or “we shall relocate them ourselves.” 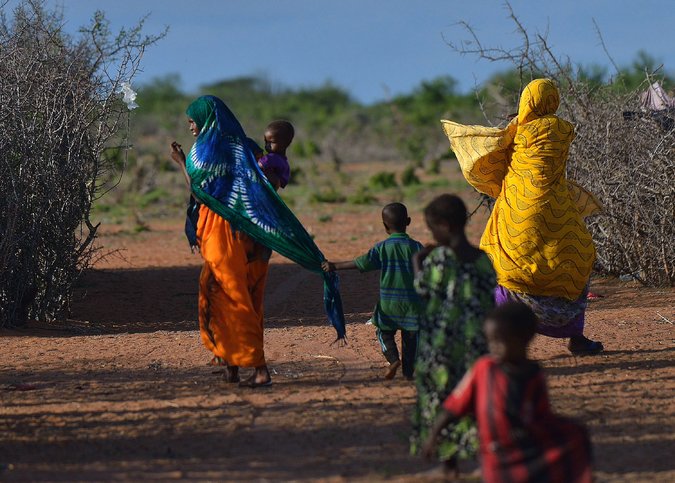 The threat was part of Kenya’s response to the deadly April 2 attack on a university in Garissa by fighters of the Shabab, the militant group based in Somalia.

Officials from the United Nations, emergency relief groups and governments have said that closing Dadaab would violate international law and create chaos. They exhorted the Kenyan government to reconsider.

“Kenya has been, and will continue, fulfilling its international obligations,” Mr. Kenyatta said in a statement issued by his office on Wednesday, according to news agencies.

After his meeting with Mr. Kenyatta, António Guterres, the United Nations high commissioner for refugees, told reporters that any repatriation of refugees would be voluntary and in accordance with an agreement among the United Nations, Somalia and Kenya.

“The worst thing that might happen would be to send back a large number of people when conditions are not right, who are then forced to come back, move to another country or be recruited by extremist groups,” Mr. Guterres said.

On April 14, Mr. Guterres’s agency publicly urged Kenya not to close Dadaab, saying such a move “would have extreme humanitarian and practical consequences and would be a breach of Kenya’s international obligations.”

On Monday, Mr. Kerry urged the Kenyan authorities to keep the camp open until “fundamental problems in Somalia are solved.”

Dadaab is a complex of camps established in 1991 as the Somali government collapsed during a civil war, which sent hundreds of thousands of people fleeing to neighboring countries. The complex, originally meant to house 90,000, is severely overcrowded.

Mr. Guterres was scheduled to travel to the Somali capital, Mogadishu, on Thursday before heading to Dadaab on Friday.