MINNEAPOLIS – There is no arguing a voice can be a powerful tool. Jaweriya Hersi can prove it.

“I thought it was a challenge for me because I never done this before and I never got to be a in a debate club,” she said.

Hersi along with more than 20 other students from Minneapolis and St. Paul schools prepared for months for their first debate tournament on Wednesday. It was the first of its kind the nation with all Somali students. The debate team not only teaches students how to research and prepare, it also helps bridge the achievement gap, according to Amy Cram Helwich, executive director of the debate league.

“It helps them be critical thinkers, it helps build their self-confidence, their public speaking skills and it also teaches them to raise their voice to find how policy is made,” Cram Helwich said.

The policy at the heart of the tournament is remittances to Somalia, an issue close to all of these students. Many of their families send money to loved ones. But worries over money ending up in hands of terrorism has made it a political issue. Students at the debate want to re-shape the conversation. 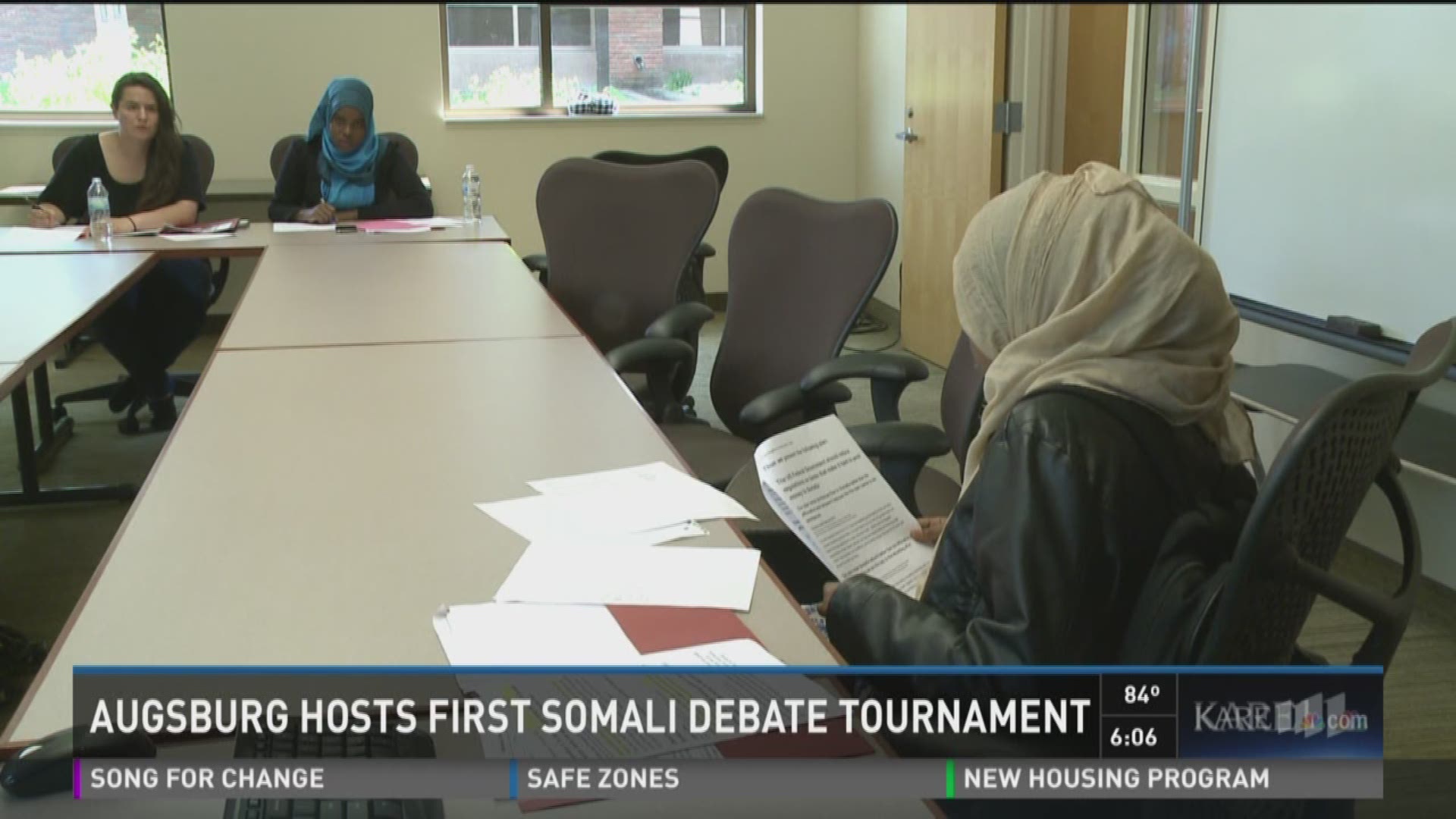 “The debate is not about what’s wrong or what’s right. It’s about what are the different solutions that we can implement right now whether it is the short term or long term,” Awale Osman, community outreach intern for the debate league, said.