False portrayals of the terrorist group’s role in the ivory trade could leave us with both more terrorists and fewer elephants in Africa.

Elephants are being slaughtered and their tusks sold, in order to finance deadly attacks by Somalia’s terrorist group al-Shabaab. This narrative linking poaching and al-Shabaab financing has been widely touted. It hit the international spotlight thanks to high profile attention from U.S. congressmen, former U.S. Secretary of State Hillary Clinton, and Kenyan President Uhuru Kenyatta. Oscar winner Kathryn Bigelow also released a short film on the topic in 2014.

The only problem with this narrative is that it is unfounded. It is based entirely on a 2013 Elephant Action League (EAL) report, which states that al-Shabaab earns $200,000 to $600,000 per month from ivory. The figure stems from research carried out three years earlier by Maisha Consulting, who have not offered evidence to substantiate their estimate. A recent U.N.Environment Programme study suggests that EAL’s conclusion doesn’t make sense. Indeed, the U.N. Monitoring Group for Somalia and Eritrea has never found evidence of ivory trading in either country.

Rather than relying on illegal ivory trade, for years, al-Shabaab predominantly financed its activities with charcoal. People throughout the Arab Gulf—including in Saudi Arabia, the United Arab Emirates, and Yemen—have long depended on Somali charcoal. In fact, al-Shabaab’s coal business reached, at its peak, between $38 and $56 million per year. Al-Shabaab additionally profits from trading sugar and taxing small shops and businesses. 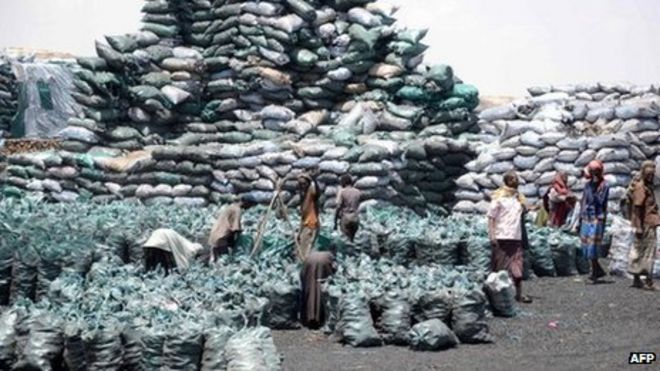 Erroneous narratives like this one about al-Shabaab are dangerous. They can misdirect international attention, efforts, and financial contributions, with significant cost to real issues on the ground. One example comes from the Democratic Republic of Congo (DRC). Popular advocacy groups like the Enough Project and Global Witness mischaracterized the conflict in eastern DRC, presenting trade minerals as a primary cause of violence in the country and highlighting sexual violence as a main consequence. As a result of this oversimplification—the conflict in the DRC has been fueled by competition for political power, control over resources, and local-level disputes among other factors—United Nations agencies, the World Bank, and other international organizations paid disproportionate attention to sexual violence and the mineral trade. Doing so distracted from other critical and pervasive issues, like community-level land conflicts, corruption, and state administration dysfunction. Similarly, a 2010 anti-trafficking campaign in South Africa, relying on fabricated data, suggested that forty thousand girls and women were being trafficked into the country in the lead up to the 2010 World Cup. Several organizations like the International Organization for Migration (IOM) redirected resources toward victims of trafficking whodid not exist. The campaign diverted attention from critical needs in South Africa, such as the million economic migrants fleeing Zimbabwe at the time. In this case, misrepresenting al-Shabaab’s role in the ivory trade could be detrimental for both elephants and anti-terror efforts. First, the al-Shabaab ivory narrative diverts attention from the many actors, including the Lord’s Resistance Army and Janjaweed, who actually profit from poaching. International efforts should be directed toward stopping these groups. Additionally, the inaccuracies of the campaign distract from al-Shabaab’s actual charcoal revenue stream, which should remain a central focus for anti-terror efforts. Finally, the campaign’s false premise calls into question the credibility of conservation movements. Though unintended, this campaign’s false narrative has misled international institutions and the general public to believe al-Shabaab is involved in ivory trade, which could have a high price: it could leave us with more terrorists and less elephants.

Kenya: Who Was Bashir Mohamed and Who Wanted Him Dead?