The internet was riveted today by the story of Ahmed Mohamed, a 14-year-old Muslim boy who brought a homemade clock to school and subsequently got arrested because administrators thought it was a bomb.

The incident was widely decried as a clear case of discrimination. But when two Republican presidential candidates were asked to respond on Wednesday night during the ‘underdog’ debate on CNN, neither would draw the connection between the arrest and discrimination against Muslim Americans. Instead, both took Ahmed’s story as an opportunity to rail against “radical Islam.” 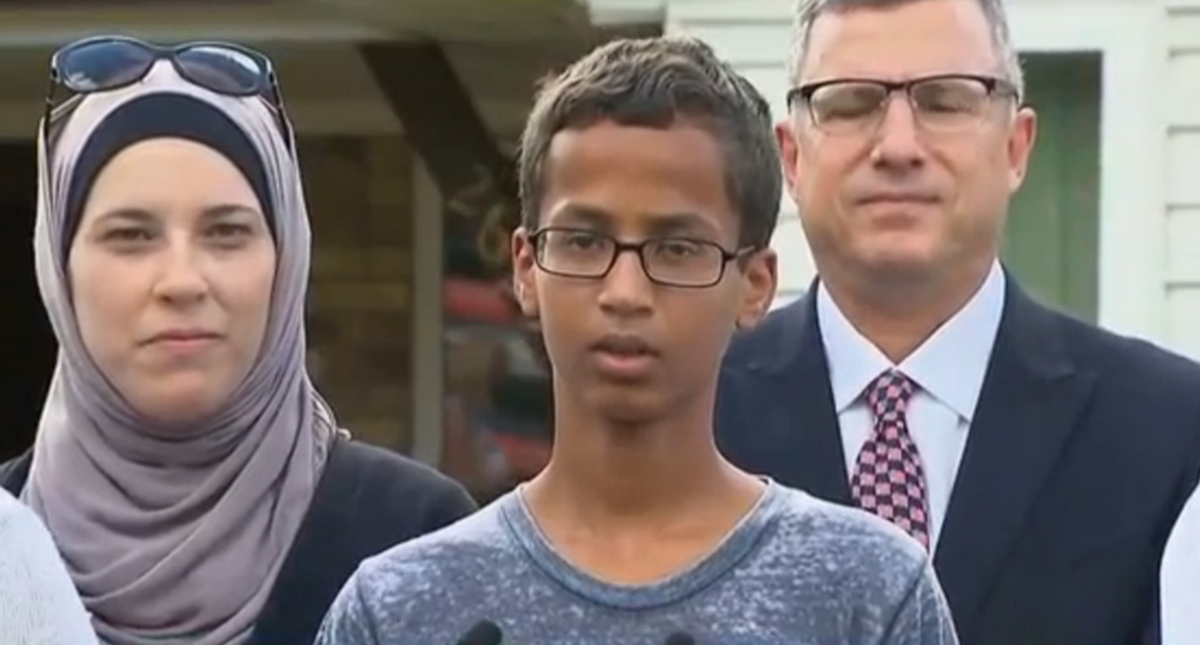 “The American people, we don’t discriminate against anybody based on the color of their skin or their creed,” said Louisiana governor Bobby Jindal, adding that it is up to Muslim leaders to “denounce” individual Muslims who commit acts of terrorism if they want to avoid discrimination.

“We’re at war today with radical Islamic extremists,” Jindal said. “It’s not politically correct to say that, but the way you strike that balance, you say to Muslim leaders, denounce these fools, these radical terrorists by name, say they’re not martyrs.”

Jindal admitted that he doesn’t “think a 14-year-old should ever be arrested for bringing a clock to school.” However, he also praised the security guards for being “careful.”

Jindal also added that anti-Christian discrimination is a larger issue, specifically referencing the case of Kentucky clerk Kim Davis, who was briefly jailed after failing to obey a court order requiring her to issue marriage licenses to same-sex couples. “The biggest discrimination that’s going on is against Christian business owners and individuals who believe in traditional forms of marriage,” he said.

Sen. Lindsey Graham also took the question as an opportunity to rail against “young men from the mid-east,” expressing a desire to monitor “Islamic websites.” Discrimination, he suggested, is not the real issue.

“Kim Davis, I’m not worried about her attacking me,” he said. “I am worried about radical Islamic terrorists who are already here planning another 9/11.”