In his last phone call home, Lance Cpl. Gregory Buckley Jr. told his father what was troubling him: From his bunk in southern Afghanistan, he could hear Afghan police officers sexually abusing boys they had brought to the base.

“At night we can hear them screaming, but we’re not allowed to do anything about it,” the Marine’s father, Gregory Buckley Sr., recalled his son telling him before he was shot to death at the base in 2012. He urged his son to tell his superiors. “My son said that his officers told him to look the other way because it’s their culture.”

Rampant sexual abuse of children has long been a problem in Afghanistan,particularly among armed commanders who dominate much of the rural landscape and can bully the population. The practice is called bacha bazi, literally “boy play,” and American soldiers and Marines have been instructed not to intervene — in some cases, not even when their Afghan allies have abused boys on military bases, according to interviews and court records. 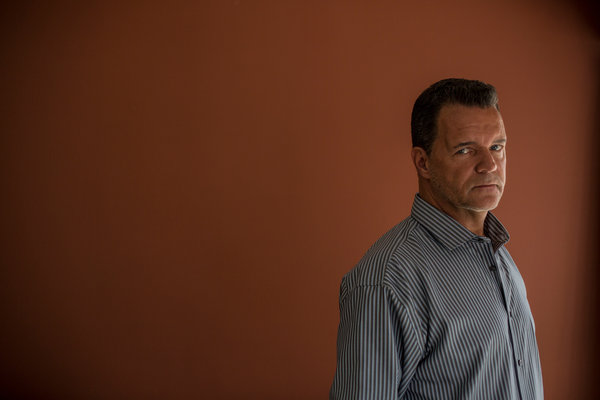 Gregory Buckley Sr. believes the policy of looking the other way was a factor in his son’s killing. CreditKirsten Luce for The New York Times

The policy has endured as American forces have recruited and organized Afghan militias to help hold territory against the Taliban. But soldiers and Marines have been increasingly troubled that instead of weeding out pedophiles, the American military was arming them in some cases and placing them as the commanders of villages — and doing little when they began abusing children.

“The reason we were here is because we heard the terrible things the Taliban were doing to people, how they were taking away human rights,” said Dan Quinn, a former Special Forces captain who beat up an American-backed militia commander for keeping a boy chained to his bed as a sex slave. “But we were putting people into power who would do things that were worse than the Taliban did — that was something village elders voiced to me.”

The policy of instructing soldiers to ignore child sexual abuse by their Afghan allies is coming under new scrutiny, particularly as it emerges that service members like Captain Quinn have faced discipline, even career ruin, for disobeying it.

After the beating, the Army relieved Captain Quinn of his command and pulled him from Afghanistan. He has since left the military.

“The Army contends that Martland and others should have looked the other way (a contention that I believe is nonsense),” Representative Duncan Hunter, a California Republican who hopes to save Sergeant Martland’s career, wrote last week to the Pentagon’s inspector general.

When asked about American military policy, the spokesman for the American command in Afghanistan, Col. Brian Tribus, wrote in an email: “Generally, allegations of child sexual abuse by Afghan military or police personnel would be a matter of domestic Afghan criminal law.” He added that “there would be no express requirement that U.S. military personnel in Afghanistan report it.” An exception, he said, is when rape is being used as a weapon of war.

The American policy of nonintervention is intended to maintain good relations with the Afghan police and militia units the United States has trained to fight the Taliban. It also reflects a reluctance to impose cultural values in a country where pederasty is rife, particularly among powerful men, for whom being surrounded by young teenagers can be a mark of social status.

Some soldiers believed that the policy made sense, even if they were personally distressed at the sexual predation they witnessed or heard about.

“The bigger picture was fighting the Taliban,” a former Marine lance corporal reflected. “It wasn’t to stop molestation.”

Still, the former lance corporal, who spoke on the condition of anonymity to avoid offending fellow Marines, recalled feeling sickened the day he entered a room on a base and saw three or four men lying on the floor with children between them. “I’m not a hundred percent sure what was happening under the sheet, but I have a pretty good idea of what was going on,” he said.

But the American policy of treating child sexual abuse as a cultural issue has often alienated the villages whose children are being preyed upon. The pitfalls of the policy emerged clearly as American Special Forces soldiers began to form Afghan Local Police militias to hold villages that American forces had retaken from the Taliban in 2010 and 2011.

By the summer of 2011, Captain Quinn and Sergeant Martland, both Green Berets on their second tour in northern Kunduz Province, began to receive dire complaints about the Afghan Local Police units they were training and supporting.

First, they were told, one of the militia commanders raped a 14- or 15-year-old girl whom he had spotted working in the fields. Captain Quinn informed the provincial police chief, who soon levied punishment. “He got one day in jail, and then she was forced to marry him,” Mr. Quinn said.

When he asked a superior officer what more he could do, he was told that he had done well to bring it up with local officials but that there was nothing else to be done. “We’re being praised for doing the right thing, and a guy just got away with raping a 14-year-old girl,” Mr. Quinn said. 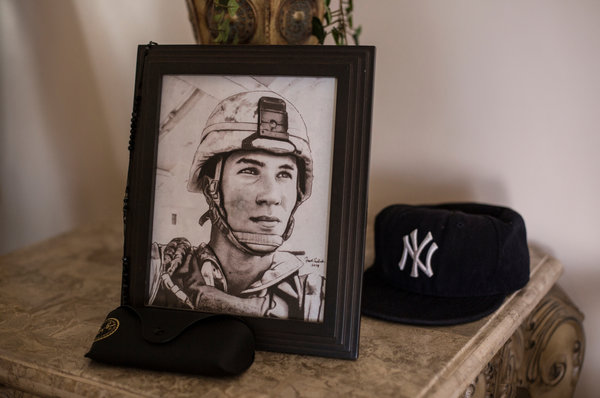 A portrait of Lance Cpl. Gregory Buckley Jr. in his family’s home in Oceanside, N.Y. He was shot to death in 2012 by a teenage “tea boy” living on his base in Helmand Province.CreditKirsten Luce for The New York Times

Village elders grew more upset at the predatory behavior of American-backed commanders. After each case, Captain Quinn would gather the Afghan commanders and lecture them on human rights.

Soon another commander absconded with his men’s wages. Mr. Quinn said he later heard that the commander had spent the money on dancing boys. Another commander murdered his 12-year-old daughter in a so-called honor killing for having kissed a boy. “There were no repercussions,” Mr. Quinn recalled.

In September 2011, an Afghan woman, visibly bruised, showed up at an American base with her son, who was limping. One of the Afghan police commanders in the area, Abdul Rahman, had abducted the boy and forced him to become a sex slave, chained to his bed, the woman explained. When she sought her son’s return, she herself was beaten. Her son had eventually been released, but she was afraid it would happen again, she told the Americans on the base.

She explained that because “her son was such a good-looking kid, he was a status symbol” coveted by local commanders, recalled Mr. Quinn, who did not speak to the woman directly but was told about her visit when he returned to the base from a mission later that day.

So Captain Quinn summoned Abdul Rahman and confronted him about what he had done. The police commander acknowledged that it was true, but brushed it off. When the American officer began to lecture about “how you are held to a higher standard if you are working with U.S. forces, and people expect more of you,” the commander began to laugh.

“I picked him up and threw him onto the ground,” Mr. Quinn said. Sergeant Martland joined in, he said. “I did this to make sure the message was understood that if he went back to the boy, that it was not going to be tolerated,” Mr. Quinn recalled.

There is disagreement over the extent of the commander’s injuries. Mr. Quinn said they were not serious, which was corroborated by an Afghan official who saw the commander afterward.

(The commander, Abdul Rahman, was killed two years ago in a Taliban ambush. His brother said in an interview that his brother had never raped the boy, but was the victim of a false accusation engineered by his enemies.)

Sergeant Martland, who received a Bronze Star for valor for his actions during a Taliban ambush, wrote in a letter to the Army this year that he and Mr. Quinn “felt that morally we could no longer stand by and allow our A.L.P. to commit atrocities,” referring to the Afghan Local Police.

The father of Lance Corporal Buckley believes the policy of looking away from sexual abuse was a factor in his son’s death, and he has filed a lawsuit to press the Marine Corps for more information about it.

Lance Corporal Buckley and two other Marines were killed in 2012 by one of a large entourage of boys living at their base with an Afghan police commander named Sarwar Jan.

Mr. Jan had long had a bad reputation; in 2010, two Marine officers managed to persuade the Afghan authorities to arrest him following a litany of abuses, including corruption, support for the Taliban and child abduction. But just two years later, the police commander was back with a different unit, working at Lance Corporal Buckley’s post, Forward Operating Base Delhi, in Helmand Province.

Lance Corporal Buckley had noticed that a large entourage of “tea boys” — domestic servants who are sometimes pressed into sexual slavery — had arrived with Mr. Jan and moved into the same barracks, one floor below the Marines. He told his father about it during his final call home.

Word of Mr. Jan’s new position also reached the Marine officers who had gotten him arrested in 2010. One of them, Maj. Jason Brezler, dashed out an email to Marine officers at F.O.B. Delhi, warning them about Mr. Jan and attaching a dossier about him.

The warning was never heeded. About two weeks later, one of the older boys with Mr. Jan — around 17 years old — grabbed a rifle and killed Lance Corporal Buckley and the other Marines.

Lance Corporal Buckley’s father still agonizes about whether the killing occurred because of the sexual abuse by an American ally. “As far as the young boys are concerned, the Marines are allowing it to happen and so they’re guilty by association,” Mr. Buckley said. “They don’t know our Marines are sick to their stomachs.”

The one American service member who was punished in the investigation that followed was Major Brezler, who had sent the email warning about Mr. Jan, his lawyers said. In one of Major Brezler’s hearings, Marine Corps lawyers warned that information about the police commander’s penchant for abusing boys might be classified. The Marine Corps has initiated proceedings to discharge Major Brezler.

Mr. Jan appears to have moved on, to a higher-ranking police command in the same province. In an interview, he denied keeping boys as sex slaves or having any relationship with the boy who killed the three Marines. “No, it’s all untrue,” Mr. Jan said. But people who know him say he still suffers from “a toothache problem,” a euphemism here for child sexual abuse. 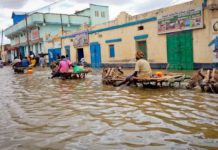 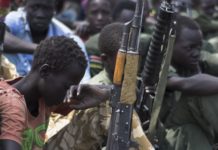 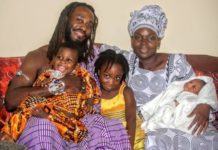 Americans Began Moving to Ghana to Escape Racism at Home 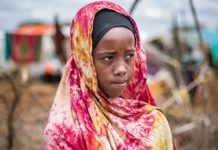 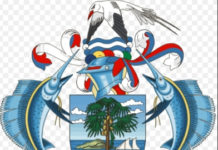