The online conspiracy theory and rumor mill is active once again following a brief recess in the wake of failed doomsday predictions in September.

The latest rumor of impending global catastrophe is not an asteroid impact apocalypse or a blood moon prophecy, but a prediction that the world will experience 15 days of total darkness in November.

According to hoax and rumor peddlers, NASA has confirmed that the entire world would be plunged into total darkness for 15 days of the month of November due to a rare alignment of Venus and Jupiter next week.

The “November Blackout,” which occurs only once in a million years, will occur once again between November 15 and 29, and NASA’s Charles Bolden has briefed President Barrack Obama about the imminent and scary event in a 1,000 page report.

A Snopes report suggests that the rumor in its present form first appeared online on July 14 on Newswatch33, under the title “NASA Confirms Earth Will Experience 15 Days of Complete Darkness in November 2015.”

NASA, according to the website, has confirmed that a rare conjunction of Venus and Jupiter will cause the Earth to experience 15 days of complete darkness, starting from 3 a.m. on Sunday, November 15 until 4:15 p.m., Monday, November 29.

The website presents the following bizarre explanation of the astronomical event that will cause the “November Blackout.”

During the conjunction between Venus and Jupiter on October 26, light from Venus would cause gases in Jupiter to heat up. The heated gasses will cause a large amount of hydrogen to be released into space. The gases will reach the Sun and trigger a massive explosion on the surface of the star, heating it to 9,000 degrees Kelvin. The heat of the explosion would then cause the Sun to emit a blue color.

The dull blue color will last for 15 days during which the Earth will be thrown into darkness.

Despite the claim that NASA has confirmed this devilishly tall story of cosmic mishap, the agency’s websites contain no information about it. The only part of the story that bears any resemblance to an occurrence in the real world is the conjunction between Venus and Jupiter which occurred on June 30. A rare alignment of Venus, Jupiter and Mars will also occcur next week but astronomers say it will not generate fantastic “reactions” as claimed by hoax theorists.

However, NASA has reported incidents of electrical power blackouts due to unusually intense solar storms, such as one that occurred on Friday, March 10, 1989.

Hoax Slayer notes that the rumor in its present form is merely the latest version of previous hoaxes that went viral on social media.

When the rumor first emerged on social media this year, it was linked to the September asteroid apocalypse and blood moon prophecy.

Conjuction Of Jupiter And Venus on March 13, 2012 [Photo via Julian Colton/Wikimedia Commons]

NASA had released a statement in 2012 denying the rumor.

“Neither NASA nor any other scientific organization is predicting such a blackout. The false reports on this issue claim that some sort of ‘alignment of the Universe’ will cause a blackout. There is no such alignment. Some versions of this rumor cite an emergency preparedness message from NASA Administrator Charles Bolden. This is simply a message encouraging people to be prepared for emergencies, recorded as part of a wider government preparedness campaign. It never mentions a blackout.”

According to Snopes, this is not the first time that Newswatch33 has spread false rumors on social media. The website reportedly spread a rumor that supporters of the Charleston shooter, Dylann Roof, raised $4 million for his defense. The website also reportedly claimed that Jay-Z and Beyoncé purchased rights to the Confederate flag. 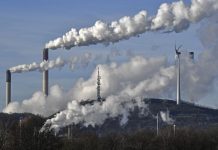 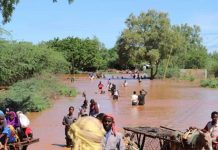