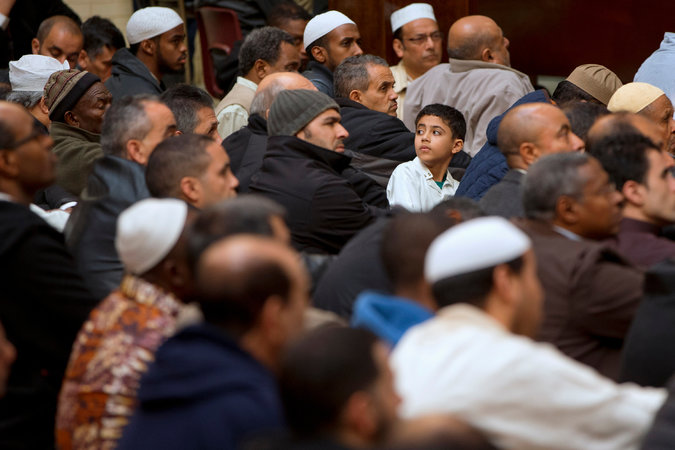 Only hours after news broke that a suspect in a mass shooting in San Bernardino, Calif., had a Muslim name, the well-practiced organizations that represent American Muslims to the broader public kicked into action, as they routinely do after each terrorist attack attributed to Muslim extremists.

They issued news releases condemning the attacks as inhuman and un-Islamic, posted expressions of grief on Facebook and held news conferences in which Muslim leaders stood flanked by American flags alongside clergy of other faiths and law enforcement officials.

“Groups like ISIS and Al Qaeda,” Salam al-Marayati, president of the Muslim Public Affairs Council, said at a news conference in Los Angeles on Thursday, “are trying to divide our society and to terrorize us. Our message to them is we will not be terrorized and we will not be intimidated,” either by the terrorists or, he said, “by hatemongers who exploit the fear and hysteria that results from incidents like this.”

But the message is apparently not getting through. Muslims and leaders of mosques across the United States say they are experiencing a wave of death threats, assaults and vandalism unlike anything they have experienced since the aftermath of the Sept. 11 terrorist attacks in 2001. 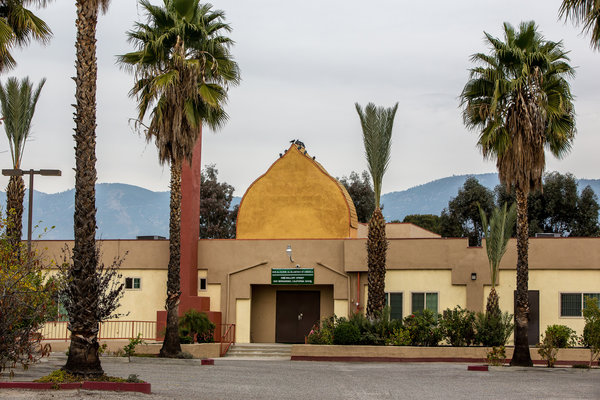 They say that they observed an escalation in hateful episodes this fall after anti-Muslim remarks by the Republican presidential candidates Donald J. Trump and Ben Carson. The threats, vandalism and violence grew more frequent and frightening after the attacks by Islamic State militants last month in Paris.

Now, with the F.B.I. saying that one of those responsible for the San Bernardino massacre had expressed Islamic State sympathies on Facebook, American Muslims are bracing for more hate directed their way. Overnight on Friday, vandals broke all the windows at the Islamic Center of Palm Beach in Florida, turned over furniture in the prayer room and left bloody stains throughout the facility. The F.B.I. is investigating death threats left by voice mail at a mosque in Manassas, Va.

The attacks have left American Muslims feeling defensive and vulnerable just as the San Bernardino attack is forcing them to come to grips with the prospect that the threat from terrorists within their midst is very, very real.

The attack in San Bernardino, which left 14 victims dead and 21 injured, was in many ways the nightmare scenario for Muslims trying to gain full acceptance in American society: Syed Rizwan Farook, the husband who committed mass homicide with his wife, was raised in the United States and was an American citizen. He had a college education, a stable job, a comfortable home and a baby, and displayed no outward signs of anger, mental illness or radicalization. He worshiped and was known at several local mosques.

At one of those mosques — Dar al-Uloom al-Islamiyah in San Bernardino, down a long road and surrounded by palm trees — Imam Mahmood Nadvi said he had never detected any warning signs in the few conversations he had had with Mr. Farook, an inspector for the county health department.

“Everyone had an image of him being a successful person,” Imam Nadvi said. “He had a degree. He had a good post.”

The imam called the shooting a shock and a mystery. Mr. Farook, he said, “does not even represent humanity.”

Mahoor Nadvi, a teacher and assistant imam, said the mosque had received threats.

“This all has to do with ignorance,” he said.

In a news conference Friday, lawyers for Mr. Farook’s family cautioned the public against jumping to conclusions about the attackers’ motivations. One lawyer, David Chesley, said the F.B.I.’s claim that Mr. Farook’s wife, Tashfeen Malik, had pledged allegiance to the Islamic State on Facebook was “nebulous” evidence.

“Until there is absolute, clear evidence, every headline doesn’t have to say ‘Muslim massacre’ or ‘Muslim shooters,’ because it’s going to cause intolerance,” Mr. Chesley said.

However, Muslim Americans are now confronting the fact that to many Americans, Mr. Farook and other terrorists do represent Islam — especially since polls show that most Americans know no Muslims and little about Islam.

“My identity and everything that I am becomes erased every time one of these incidents occurs,” said Nabihah Maqbool, 27, a law student at the University of Chicago. “It all becomes collapsed into these senseless acts of violence being committed by people who are part of my group.”

Like many other Muslim American women, Ms. Maqbool said that she had considered taking off her hijab, or head scarf, out of fear of being victimized. She said that driving back to Chicago after celebrating Thanksgiving with her family, she had decided not to stop and pray on the grassy lawn outside an interstate rest stop, as she usually does.

“I just got so nervous that something could happen to me by any unhinged individual who saw me as someone who deserved violence,” Ms. Maqbool said.

The F.B.I. said it did not yet have data for hate crimes in 2015, and would not comment on whether there had recently been a rise in attacks on Muslims and their houses of worship. A chart provided by Stephen G. Fischer Jr., chief of multimedia productions for the F.B.I.’s criminal justice information service, showed that bias-related hate crimes against Muslims were at a peak in 2001, with 481 reported. In 2014, 154 such crimes were reported.

But in recent weeks, American Muslims have reported a spate of violence and intimidation against them: women wearing head scarves accosted; Muslim children bullied; bullets shot at a mosque in Meriden, Conn.; feces thrown at a mosque in Pflugerville, Tex.

Omair Siddiqi said he had been about to get into his car in the parking lot of a shopping mall in the Dallas suburbs last month when a man came up to him, flashed a gun and said, “If I wanted to, I could kill you right now.”

Mr. Siddiqi said he stayed quiet and the man walked away. Mr. Siddiqi called 911 and is now in the process of getting a concealed-handgun permit. “It’s very scary in times like this,” he said.

In a Dallas suburb, about a dozen protesters congregated outside the Islamic Center of Irving last month, some covering their faces with bandannas and carrying hunting rifles, tactical shotguns and AR-15s. The group that organized the protest posted on Facebook a list of the names and addresses of dozens of Muslims and what they called “Muslim sympathizers.”

Khalid Y. Hamideh, a spokesman for the Islamic Association of North Texas and a Dallas lawyer, called the mosque protest “un-American.”

“It would be unfathomable for that to occur outside a church or synagogue,” he said. “At the same time, we’re realists. We understand what’s going on around the country. We thank God for our friends in law enforcement and our interfaith partners.”