With the Horn of Africa continuing to face a multitude of crises from recurrent cycles of conflict to natural disasters, affecting millions of people, the EU has today announced €77 million in humanitarian aid for the region in 2016.

The Horn of Africa region is hosting some 1.7 million refugees. More than half a million live in Kenya.

EU Commissioner for Humanitarian Aid and Crisis Management, Christos Stylianides, made the announcement during his visit to Kenya today, where he visited the Dadaab refugee camp, the largest in the world, hosting over 350 000 people. 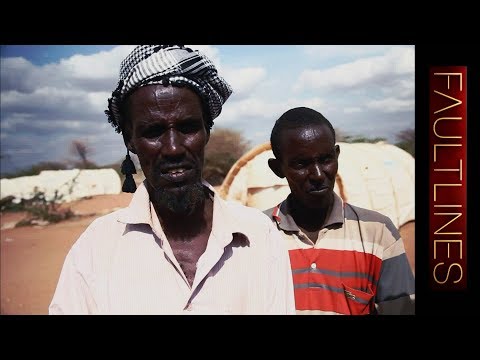 “Today I travelled to Dadaab, where the first Somali refugees found shelter from conflict and hunger 25 years ago. I witnessed the immense needs of families whose lives have been changed forever. These people rely on our humanitarian assistance. I was also touched by the hospitality shown by the Kenyan people. No country can cope alone with the provision of essential services to so many refugees. We need to strengthen the resilience of both forcibly displaced populations and host communities”.

Out of the €77 million announced today, €17 million will go towards life-saving and emergency aid in Kenya – which is one of the main recipient countries for refugees in the region and in Africa. Aid will include food, health care, water, sanitation and hygiene, shelter, protection and education in emergencies.

In 2016, EU humanitarian aid will help respond to the most pressing needs of the displaced populations, in the areas of nutrition, health, water and sanitation, shelter and protection. It will also help improve disaster preparedness and resilience. Funds will be distributed as follows:

Somalia receives the largest share of the funding – €29 million, which were announced yesterday by Commissioner Stylianides. Around one-third of the funding will go to Ethiopia, where over 10 million people are in need of emergency assistance.

Kenya hosts close to 600 000 refugees, the majority of whom come from neighbouring South Sudan and Somalia. They predominantly depend on humanitarian assistance, as they are not allowed to work for a living. Also in Kenya, over 1 million people are food insecure. The situation is expected to worsen following the extreme weather phenomenon ‘El Niño’ currently affecting the region. Last month, the EU announced €79 million in assistance for the Greater Horn of Africa, including Kenya, to help deal specifically with the consequences caused by El Niño.