‘There’s a crisis, a state of emergency right now,’ says member of an Ontario-based campaign. 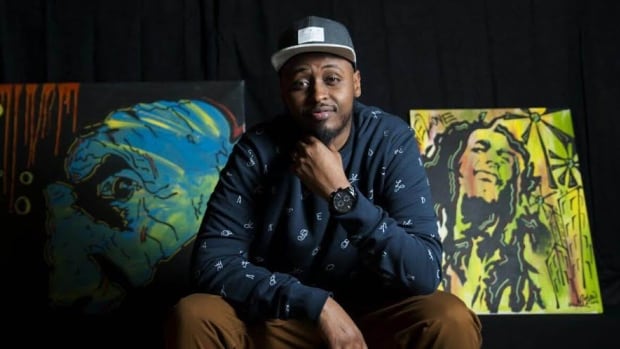 At the end of his latest video, rapper and poet Cannon2x hauntingly calls out the names of Somali-Canadians killed by gun violence over the past decade.

“This poem is for Abdi Yusef, Omar, it’s for Nooredin, it’s for Sharmarke and Natasha … .”

But a week after posting the video, the Ottawa-based Somali-Canadian poet is mourning another childhood friend.

Family members have identified 30-year-old Amin Mohammed Abdullahi, known to friends as Hamza Tyme, as the man who died in Edmonton after a shooting outside a Whyte Avenue nightclub last Sunday.

“I was shocked to hear the news and very saddened by it,” said Cannon2x, whose name off-stage is Kamal Abdulhakim, remembering the call he received while setting the table for a family Easter dinner with his daughters, wife and her family. 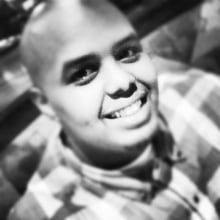 Hamza Tyme, 30, was shot and killed outside an Edmonton nightclub on the weekend. (Supplied)

Less than three weeks earlier, 20-year-old Nooredin Hassan was shot and killed in Ottawa. A month before that it was Toronto high school student and avid basketball player 17-year old Sharmarke Farah.

“We have to recognize it as that, and I think that’s the first step.”

“It’s estimated since 2005, more than 100 have died,” said Sadiq Alihashii, CSYM organizing committee chair. “And what’s so tragic is some of these cases are not resolved yet. It’s concerning to us as citizens of this country.”

Earlier this month, Edmonton police renewed rewards for information about 11 unsolved homicides. Most of the victims are from the Somali-Canadian community.

But over the years, many other cases have gone cold, including several last year in Edmonton, Grande Prairie and Fort McMurray, whereMustafa Mattan was shot through his apartment door. 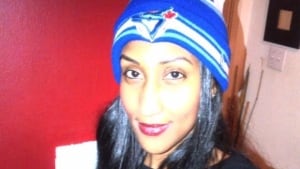 Natasha Farah, a close friend of Cannon2x, was killed outside a Calgary restaurant. She was an innocent bystander. (Supplied)

Moalimishak said first and foremost “the answer is to stop the culture of impunity.”

“Law enforcement for a number of years has not taken this as a crisis, has not really taken it seriously,” said Moalimishak.

When such crimes happen over and over again, they undermine the safety of all Canadians, he said.

“And it really intimidates all members of the Somali-Canadian community to feel hopeless and to feel they’re not being protected, which is completely outrageous that this is happening here in Canada.”

He said those with information about the crimes, but fearful of talking to police, speaks to the belief that authorities won’t take them seriously, or provide protection.

Alihashi commended EPS for renewing the rewards, but said police forces need to hire Somali-Canadian officers as Ottawa police chief Charles Bordeleau has done, “so the community can see themselves within the force and build a strong relationship with the community.

“What he’s done is exemplary for a lot of police services,” said Alihashi.

‘The answer has to come from us’– Cannon2x, member, Canadian-Somali Youth Matters

CSYM also stresses the factors that lead to gangs and guns such as poverty, neglected neighbourhoods, lack of opportunity, poor graduation rates, high unemployment rates, discrimination and media stereotypes, must be addressed.

The group plans to hold forums in the spring in Edmonton, Calgary and Ottawa as they did earlier this month in Toronto.

“It’s mainly educating our community and mobilizing them for action to bring change on these issues,” said Alihashi.

Cannon2x knows how hurdles can lead to a bad decision, especially if the temptation is there. At a low point  in 2010, he committed a robbery and served 16 months in jail.

In community housing, idle Somali-Canadians and other youth are simply exposed to things other kids aren’t, such as drugs and violence, he said.

When he began his sentence in 2014, Cannon2x focused on what he was grateful for: his supportive wife, a beautiful daughter with another on the way, his success as a spoken-word artist.

‘The odds are stacked against you. That means you have to work that much harder’– Cannon2x

As his release date approached, he knew his criminal record would likely hurt his chances of finding a good-paying job to take care of his family.

Talented at making his own music videos, he realized he could work on the other side of the camera.

“When I had this camera in my hand, I thought that I could do more with it as well, so I started this film company and one of my first major projects is working on a documentary talking about this issue.”

Now the creative director of his own company, Nascent Films, Cannon2x hopes youth who find themselves struggling won’t think illegal activity is the only way.

“The power lies in the youth,” said Cannon2x. “The answer has to come from us. And I believe that we have to mobilize ourselves and we have to pave a better way for ourselves.

“Obviously we face obstacles. The reality of those obstacles don’t change. However you can change. And you can rise above fences and walls that are in front of you.