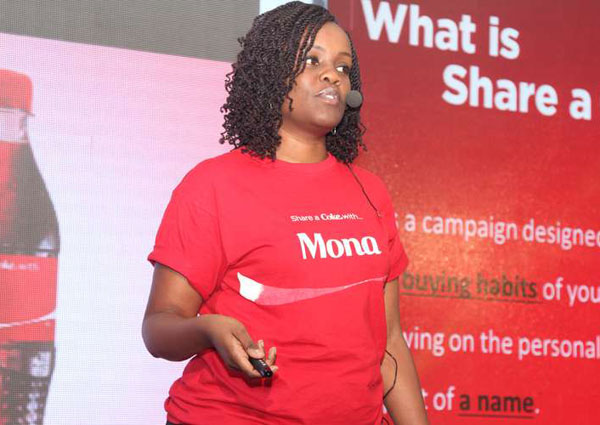 The giant Coca-Cola Company has downgraded its massive regional headquarters in Nairobi and relocated most of its operations to South Africa and Nigeria in a move whose full implications will be announced to staff from Monday, the Sunday Nation has learnt.

Coca-Cola Kenya Marketing Manager Mona Karingi gives a presentation during ‘ShareACoke’ campaign held in a Nairobi hotel on January 14, 2015. Coca-Cola has over the years been experiencing pressure in the American and European markets while the growth in emerging markets, including in Africa, has been slower than anticipated. PHOTO | CHARLES KAMAU | NATION MEDIA GROUP

Coca-Cola’s Central, East and West African (Cewa) Business Unit headquarters in Nairobi’s Upper Hill has been in charge of 31 countries and the decision to move the top leadership to Johannesburg and Lagos is not only expected to lead to job losses but also raise questions on Kenya’s competitiveness as a strategic location for multinationals.

The headquarters was built at a cost of $10 million (Sh1 billion) and opened in September 2008. Apart from Kenya, other Coca-Cola regional offices in the continent have been in South Africa and Egypt.

Mr Balogun, a Nigerian, has been the President of Cewa while Mr Njonjo, who has been the General Manager of the East Africa Franchise, moves to head the business unit in Lagos from August 1.

The decision to scale down operations at the Nairobi headquarters has only emerged in the last few days with announcements on redeployment of some senior managers while mid-level and junior staff will know their fate from Monday.

Manufacturing, packaging and distribution of Coca-Cola brands including soda and juices is largely done by individual bottlers in the 31 countries that were being overseen from Nairobi, with the headquarters as the strategic fulcrum of the whole process.

It handles branding, advertising, marketing, sourcing of syrup, enforcing franchise standards and acts as the representative of the Atlanta-based parent company among other strategic roles.

The operations in the bottlers, including in Kenya, will therefore not be adversely affected.

Mrs Norah Odwesso, the Director of Communications in the Nairobi office, told the Sunday Nationthe process was part of ongoing changes being made internationally.

“The changes, happening on an international scale, are being made to align our operating units against the company’s global bottling footprint and also to promote and develop key Coca-Cola leaders,” Mrs Odwesso said.

STILL INTACT
She added: “As in any change, we need to ensure the business has the right capabilities to deliver against our long-term goals. The company will continue to evolve to ensure we have the right resources to support the new structures.”

A source at the company, who spoke in confidence, said there was anxiety among the estimated 160 staff.

“The Nairobi office will remain a shell with very few people. However, it is important to note that the relocation has little to do with the political or business environment in Kenya. It is part of the wider changes that have been going on in the last few years,” said our source.

Mrs Odwesso downplayed any talk of job losses and said Nairobi would remain an important location.

“Where there are changes, we have committed that all employees will know their role in the new structure as soon as possible. Kenya is a strategic market and Nairobi still retains its position as the regional office for our East Africa franchise,” said Mrs Odwesso, declining to go into details.

The Sunday Nation has learnt that in the new scaled down operation structure in Kenya, a general manager in charge of the East African franchise will be the most senior official. It is believed Mr Ahmed Radi, who is currently the marketing director, will take the position.

Coca-Cola has over the years been experiencing pressure in the American and European markets while the growth in emerging markets, including in Africa, has been slower than anticipated.