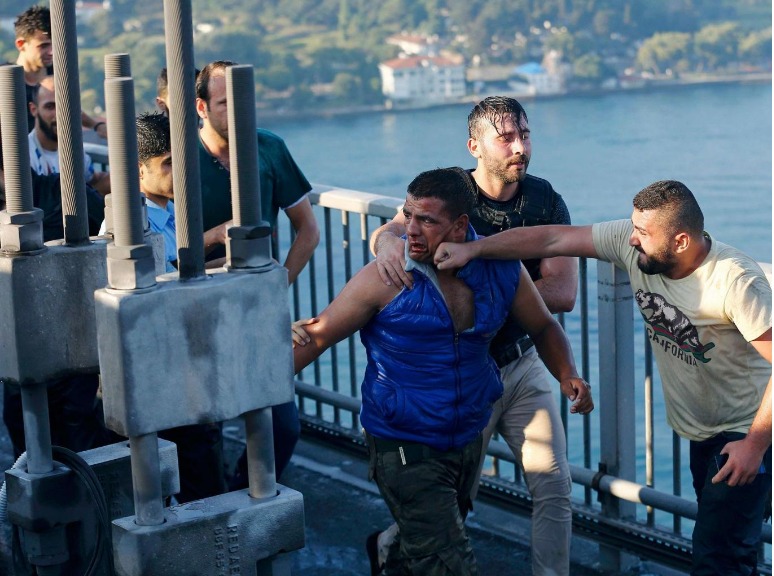 More than 161 people are dead and more than 1,000 wounded following violent clashes in Turkey after a faction of the military attempted to overthrow Turkish president Recep Tayyip Erdogan’s government.

A total of 1,563 military personnel have been detained across the country after the Turkish government and military forces loyal to the president cracked down on the attempted coup.

On Saturday morning, the government appeared to regain control, with troops surrendering as civilians took to the streets in support of the government.

The president denounced the failed coup as an “act of treason” and warned coup supporters “they will pay a heavy price for their treason to Turkey”.

“Those who stain the military’s reputation must leave,“ he said.

”The process has started today, and it will continue just as we fight other terrorist groups.”

Protesters in stand-off with tanks in Turkey

Images show the violent clashes in which civilians loyal to the government attacked those soldiers attempting to grab power.

Revealed: The CIA and MI6’s Secret War in Kenya