A proposal to build a mosque near the Leaning Tower of Pisa has been met with opposition and claims that it could become a centre of radicalisation.

The local council has provisionally approved plans for a €4.5m (£3.8m) mosque 400 metres from the tourist attraction, which is visited by more than 1 million people each year.

Hundreds of residents took part in a protest last weekend organised by the no mosque campaign and organisers say they have gathered more than 2,000 signatures on a petition calling for a referendum on the issue. 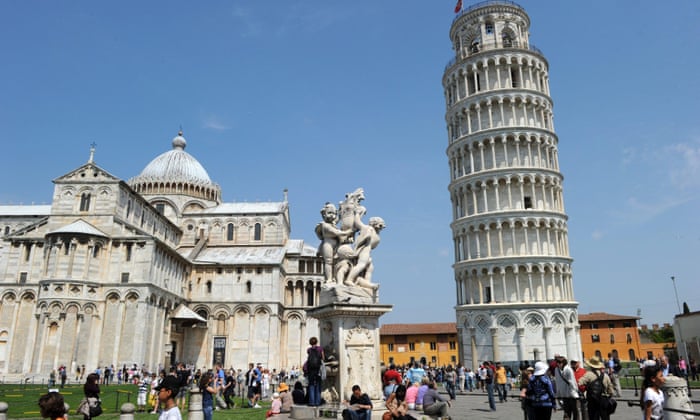 The rightwing Forza Italia party, which is leading the campaign, has claimed that a majority of the city’s 90,000 people oppose the mosque.

Gianluca Gambini, a local Forza Italia politician, told the Daily Telegraph: “It’s not just that it would be built in the wrong location, just 400 metres from the Leaning Tower, but also because people know that mosques are places where there is a risk of radicalisation.”

Daniela Santanche, a Forza Italia MP who joined the protest, said: “Today we are at war, whether you like it or not, and we have to fight it with whatever we have. Mosques should be closed, not opened, because they are not places of worship, but places that preach hatred.”

The mayor of Pisa, Marco Filippeschi, said any move to block construction of the mosque would contravene freedom of worship, which is enshrined in the Italian constitution.

“For 20 years, Muslims from Pisa have been coming together in a small mosque in the centre of town and no one has ever protested,” he said. “Not one cent will be spent by the council administration to build the mosque.”

Pisa’s Muslim population has been increased by recent migration from north Africa and Bangladesh.

Izzedin Elzir, the president of the Union of Islamic Communities in Italy, said a referendum on the mosque would be unconstitutional and threaten Muslims’ religious freedom.

“Our rights should be protected. This campaign is based on prejudice and opposition generated by politicians who want to win votes by exploiting fear after the recent attacks in France, Belgium and Germany. They need to take responsibility for fanning the flames of prejudice and creating panic,” he told the Religion News Service.

Construction of the 57-metre (187ft) Leaning Tower of Pisa began in 1173 and took about 200 years to complete. The tower started sinking soon after construction began. Restoration work carried out between 1990 and 2001corrected the angle of tilt from 5.5 degrees to 3.99 degrees.