Home International Politics ‘I will teach them!’ Trump declares war on establishment GOP

Donald Trump all but declared war on the Republican establishment Tuesday, blasting House Speaker Paul Ryan for his criticism and vowing to campaign as he sees fit.
“it is so nice that the shackles have been taken off me and I can now fight for America the way I want to,” Trump said during a morning tweet storm that targeted Ryan and other Republicans.

Later, the Republican presidential nominee tweeted: “Disloyal R’s are far more difficult than Crooked Hillary. They come at you from all sides. They don’t know how to win — I will teach them!”

Trump’s attacks on Ryan and other Republicans underscore a massive breach within the party, one that makes it even harder for the GOP to hold control of the Senate and perhaps the House, not to mention winning the presidency.
“The GOP has a suicide bomber as their nominee,” said Texas-based political consultant Matt Mackowiak.

Trump erupted a day after Ryan told House Republicans he would no longer defend or campaign with the GOP nominee in the wake of the fallout over a tape in which Trump is heard making vulgar comments about women.

“Our very weak and ineffective leader, Paul Ryan, had a bad conference call where his members went wild at his disloyalty,” Trump tweeted Tuesday.

Ryan’s office responded with a terse statement: “Paul Ryan is focusing the next month on defeating Democrats, and all Republicans running for office should probably do the same.”
Since the Friday release of a 2005 recording showing Trump making lewd comments about women, a steady stream of Republicans have called on him to exit the race. Meanwhile, new polls show Democratic candidate Hillary Clinton building a steady lead over Trump, both nationally and in key battleground states.

Trump has responded by stepping up his attacks on Democratic rival Hillary Clinton and her husband, former president Bill Clinton. He has spotlighted women who have accused Bill Clinton of sexual harassment and assaults and claimed that Hillary Clinton tried to silence them.

Tuesday morning, though, Trump aimed most of his fire at his own party.

“Despite winning the second debate in a landslide (every poll), it is hard to do well when Paul Ryan and others give zero support!” Trump said as part of his Tuesday tweet storm.
Trump has also suggested that more tapes of him could still be coming, and that he is prepared to respond in kind.

Some Republicans warn the growing civil war within the GOP will have ramifications well beyond the Nov. 8 election.

Rick Tyler, a former spokesman for Republican presidential candidate Ted Cruz, defined the GOP split as one between “the establishment and some principled conservatives” against what he called the “Breitbart Wing” of the party, named for the conservative news website. Steve Bannon, a long-time Breitbart executive, is a top adviser to Trump and has been a frequent critic of the current Republican leadership, saying they have been ineffective in battling President Obama’s administration, as well as the Clintons.

“The Trump campaign knows they are going to lose and are consolidating his base to create a lucrative post-election anti-Hillary organization,” Tyler said. “That same organization will blame the establishment for the loss and attempt to take over the GOP from the RNC (Republican National Committee) down.”

Democrats, and some Republicans, said Trump has spent too much time appealing to white males who are opposed to free trade, suspicious of globalism, and resentful of what they call “open border” immigration policies. Meanwhile, his critics say Trump is ignoring and even alienating growing segments of the electorate, notably women and Hispanics.

Mackowiak said the potential damage to the Republican Party is impossible to calculate, especially if Trump loses the Nov. 8 election big and takes the Republican Senate and House with him.

“The brand damage Trump may do to the GOP could last an entire generation,” he said.
Trump says he is building a “movement” of people who have been sold out by an establishment that has backed job-killing trade deals and does not care about illegal immigration. In a Monday speech in Wilkes-Barre, Pa., Trump vowed to press on during the last month of the election. 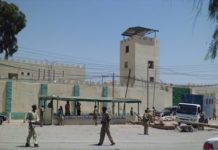 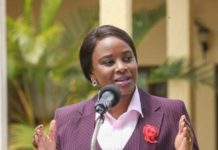 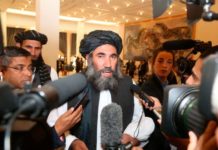 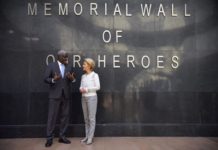