Almost 4,000 migrants have been cleared from a makeshift camp outside a Paris metro station, some of whom had arrived last week from the closed “Jungle” camp in Calais.

French police began clearing the collection of tents outside the Stalingrad metro station early Friday, describing the operation as “calm.” 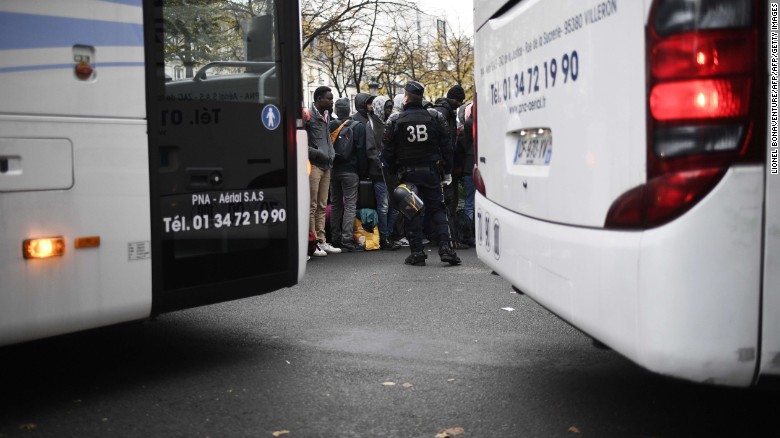 Police evacuate migrants Friday from a makeshift camp outside the Stalingrad metro station in Paris.
A press officer for Sophie Brocas, the prefect of Paris, told CNN that at the completion of the operation late Friday morning, 3,852 people had been relocated. They were transported on 82 buses to 78 housing shelters in the Paris region and elsewhere in France.
Brocas said 600 policemen and 260 volunteers were needed to assist with the evacuation. 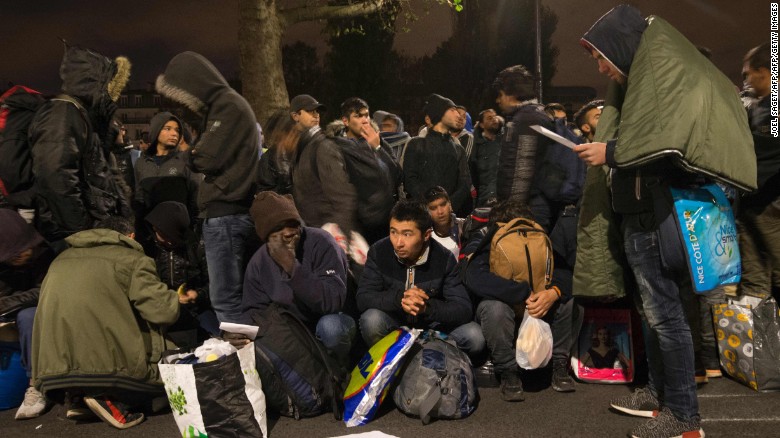 Afghan migrants sit on the ground early Friday during the evacuation of the Stalingrad camp.
Many of the migrants at the Stalingrad station were Eritrean, Somalian, Sudanese and Afghan nationals who have applied for asylum in France and are now waiting for their applications to be processed.
A 17-year-old named Sarah, who arrived a week ago, told CNN of her sleepless nights at the camp. 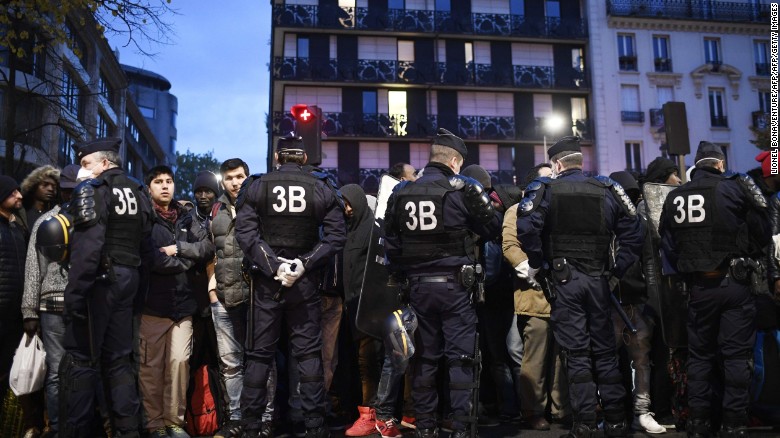 A line of police restrain migrants during Friday morning’s evacuation of the camp in Paris.
“It’s very cold, you can hear people (outside tents who) are talking, drinking — how can I sleep here?” she asked.
“When I sleep in the night, I cry.”

The migrant spillover from Calais closure

The number of people living around the Stalingrad station swelled from a few hundred to thousands following last week’s closure of the migrant camp in the northern port city of Calais known as the Jungle.
More than 6,000 migrants were evacuated from the Calais camp to other regions in France, where they were due to begin the process of resettlement.
The Jungle was situated some 30 miles across the English Channel from Britain, which many refugees had hoped to reach.
You’re a Calais migrant: How do you escape the ‘Jungle’?
But in recent years conditions at the camp had deteriorated, with charity groups expressing concern over poor security and sanitation — particularly for the hundreds of unaccompanied minors living there.