The Department of Immigration of the Ministry of Interior of the Republic of Somaliland allayed fears of restrictions to entry visas to Somaliland for visiting or returning Somalilanders and Somalians by officially circulating where new arrivals will find their visas.

The new immigration order applies to Somaliland citizens and non-citizens holding foreign passports under categories specified in the statement.

The Immigration department states that for Somaliland-born arrivals, holding dual nationalities will be provided entry visas upon arrival at international airports. The same goes with Somalians holding foreign passports travelling alone or with dependents/family.

The letter signed by Brigadier General Miohamed Osman Alin, Commissioner of the Somaliland Immigration and Border Control establishes that the Somali Diaspora communities will have no fear of being denied entry to Somaliland despite virulent rumours to the contrary circulated on social media by people politically capitalising on the issue.

The immigration Department set categories for visa procurement as below: 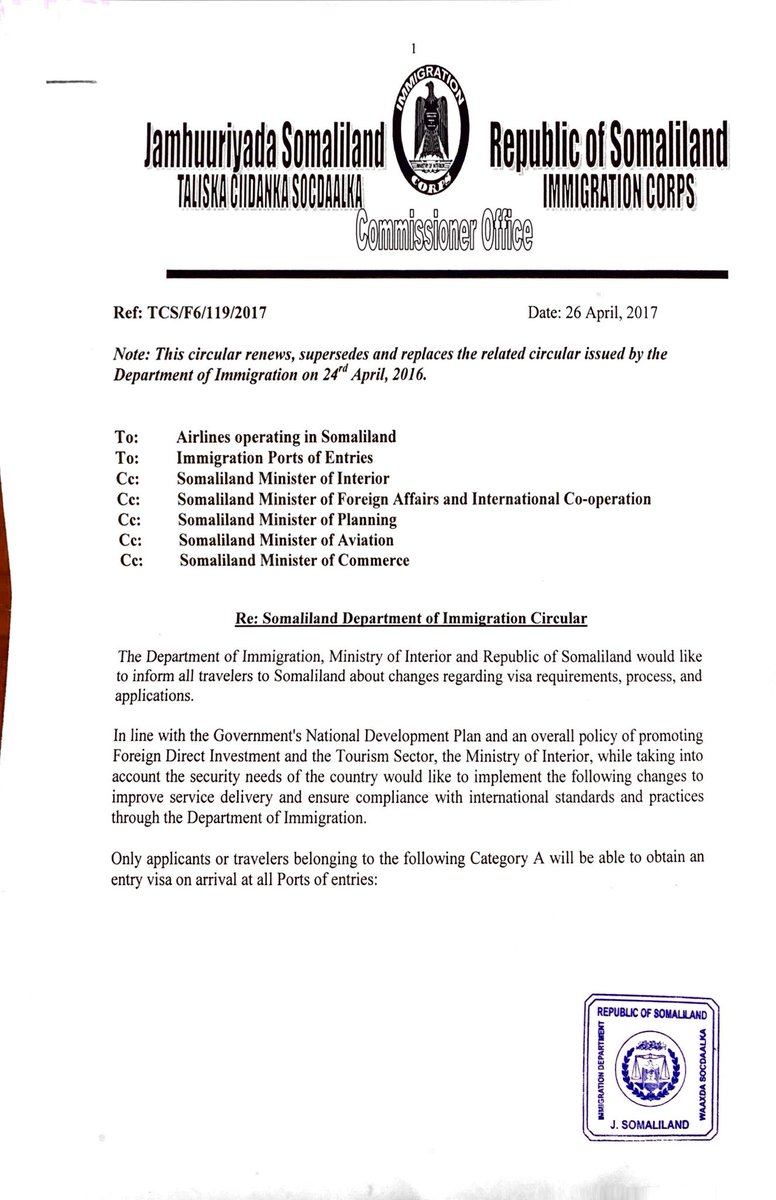 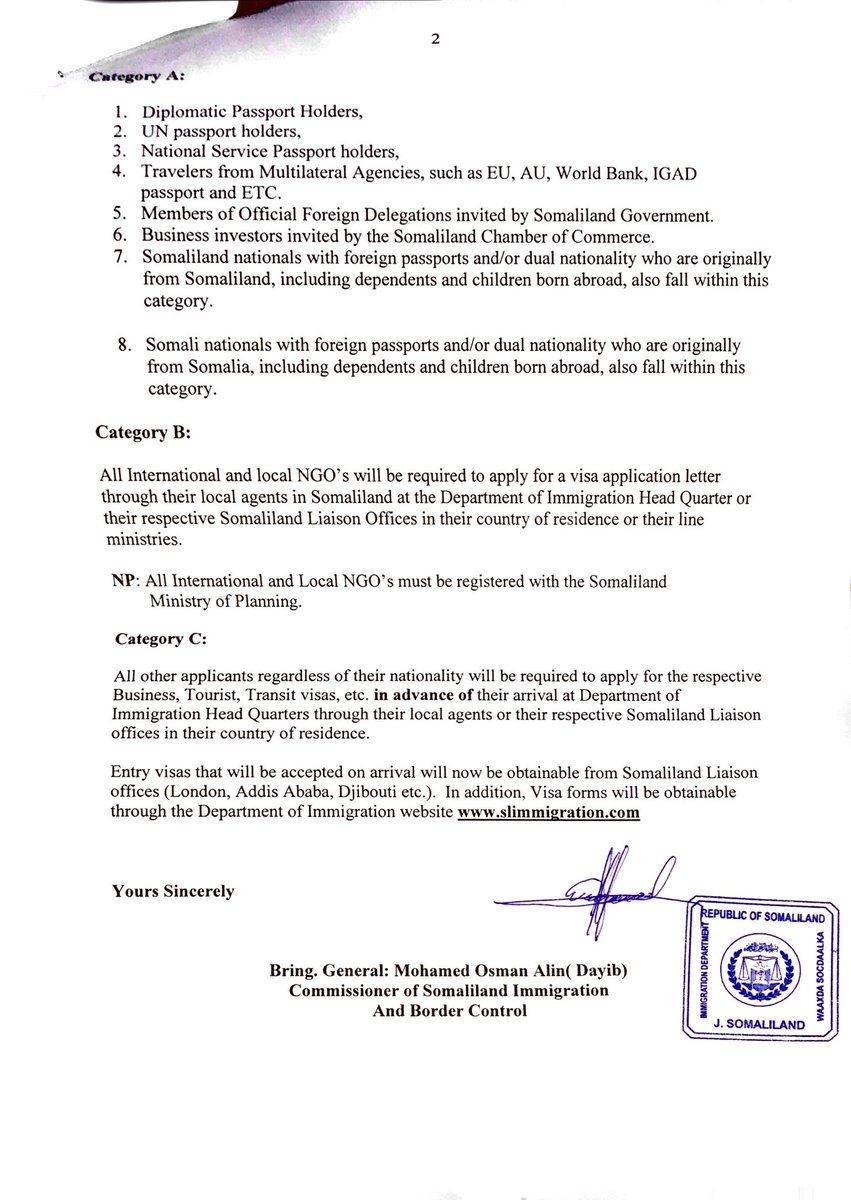