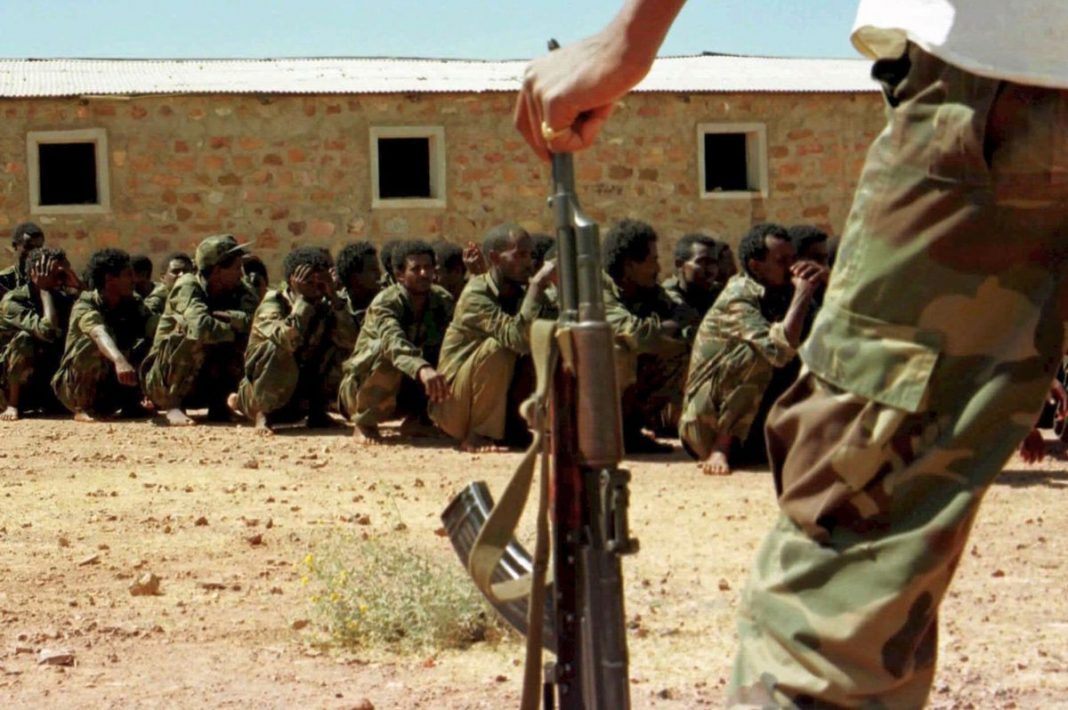 Though far-removed from the Gulf, East Africa has been shaken by the Arab diplomatic crisis gripping Qatar.

In recent years both Qatar and the other energy-rich nations arrayed against it have made inroads in the Horn of Africa by establishing military bases, managing ports and showering friendly nations with foreign aid.

As the rivalry heats up, with Saudi Arabia, Egypt, the United Arab Emirates and Bahrain seeking to isolate Qatar, East African nations stand to gain or lose from an increasingly fierce competition for influence. And with Saudi Arabia and its allies mired in a war just across the Red Sea in Yemen, the area has never had more strategic value.

“I think we’re seeing a game of geopolitical chess being played out,” said Kristian Coates Ulrichsen, a research fellow at the James A. Baker III Institute for Public Policy at Rice University.

The importance of the Horn of Africa to Gulf nations can be seen with just a glance at a map. The Horn’s shoreline comes as close as 30 kilometers (18.5 miles) to Yemen at the Bab el-Mandeb straight, a crucial chokepoint at sea for oil tankers heading from the Gulf to Europe.

For years, the shores of East Africa provided a crucial point for smugglers to reach Yemen, as well as a target-rich hunting ground for pirates. Securing the area has taken on new importance for Gulf countries since March 2015, when a Saudi-led coalition launched its war against Shiite rebels and their allies who hold Yemen’s capital.

Since the conflict began, the United Arab Emirates and others have established military bases in East Africa . In Eritrea, the UAE has a base at the port in Assab. Another Emirati military base will be built in Somalia’s breakaway northern territory of Somaliland.

Saudi Arabia meanwhile has discussed putting its own base in tiny Djibouti, already home to an under-construction Chinese military base and a U.S. base that launches drone missions over Somalia and Yemen.

“They are not only just momentarily engaging in the Horn and its countries, but they are becoming long-term strategic actors in the whole region,” said Umer Karim, a researcher at the University of Birmingham.

Jockeying for position in Somalia

In Somalia, whose first civilian government after decades of lawlessness is fighting against the al-Qaida-linked al-Shabab militant group, Gulf countries loom large.

Saudi Arabia is the Somali government’s biggest benefactor, while the UAE has trained the country’s military and launched a high-profile aid appeal this year. Somalia has meanwhile allowed Qatari aircraft to increasingly fly through its airspace as Arab nations have closed theirs off.

Gulf states are believed to have taken sides in lawmakers’ February election of Somali President Mohamed Abdullahi Mohamed, which was marked by allegations of massive bribery. Mohamed appointed a former reporter of the Qatar-funded satellite news channel Al-Jazeera Arabic as his chief of staff. The UAE backed a different candidate.

Meanwhile, Turkey soon will open an overseas military base in Mogadishu. Its only other overseas base is in Qatar, which Ankara has backed amid the boycott.

“You couldn’t find any place more strategic for the Arab powers than Somalia,” said Rashid Abdi, the Horn of Africa project director for the International Crisis Group. “That explains the intensity of these powers’ interest in Somalia.”

Bringing Eritrea out of the cold

For Eritrea, the Qatar diplomatic dispute actually could be a good thing.

Ruled by an autocratic and repressive president, Eritrea has seen tens of thousands of its citizens flee mandatory national conscription that can last over a decade, something rights groups say amounts to slavery. The former Italian colony routinely ranks last among nations in personal and press freedom.

But when the Gulf crisis began, Qatar removed 400 peacekeepers from a disputed Red Sea island claimed by both Eritrea and Djibouti. Eritrea quickly sent its own troops in to seize it.

Meanwhile, Eritrea hosts the UAE military base at Assab while siding with the Saudi-led coalition fighting in Yemen. Eritrean leaders likely hope this improves their image.

“There’s no doubt that Eritrea is looking beyond the horizon and saying, ‘We are becoming rehabilitated, we are now a major player in the region, we are getting noticed and whatever the West thinks of us, at least our Arab neighbors are taking us serious,’” Abdi said. “That is a big psychological victory.”

For Ethiopia, which fought wars against Somalia and Eritrea in the last 20 years, the ongoing Gulf crisis adds new uncertainty. The country maintains one of the region’s strongest militaries, but sees itself as being hemmed in by foreign military bases.

Ethiopia has struggled to remain neutral in the dispute. In July, Ethiopian Prime Minister Hailemariam Desalegn even acknowledged his concerns in a speech before parliament.

“Ethiopia could be affected in the event of a regional destabilization,” he said.

An empowered Eritrea may push back against Ethiopian gains in their costly war, which killed tens of thousands of people. Nearly all of landlocked Ethiopia’s foreign trade passes through the port at Djibouti, now run by Dubai’s DP World. Egypt, part of the Arab nations now boycotting Qatar, remains worried about a new giant dam in Ethiopia cutting into its share of the Nile.

“The rift in the (Gulf) and the Saudi-led camp, and the acts of the UAE to become not only a port management power but also a military power in the greater Horn of Africa, poses a threat to Ethiopia,” political analyst Mehari Tadele said. — (AP)