Home World News/International Politics/Diplomacy Somaliland Independence: How to Save Lives and Create Peace 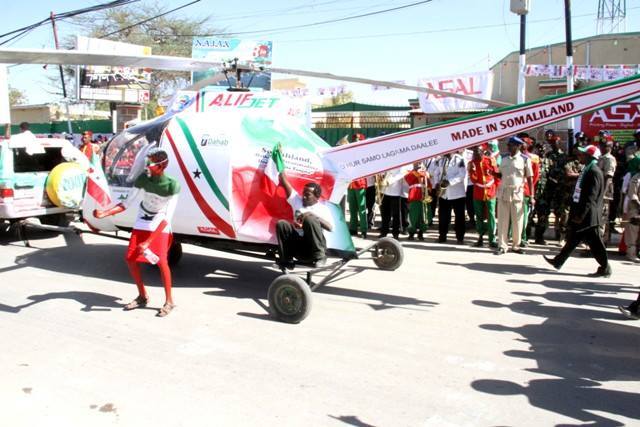 Imagine that you are in a nice, grassy park, sitting on a bench, looking out at a river. There’s bustling shipping economy, and within a few miles, you can see a stadium that holds the largest horse race in the U.S.

You are sitting in Louisville, Kentucky, a city known for the Kentucky Derby, the Lousiville Cardinals, and the site of three Fortune 500 company headquarters. It’s an exciting city, but not one known for outrageous levels of violence. Now imagine you are across the world, in the Horn of Africa. You’re sitting in Hargeisa, in the northern part of Somalia—one of the most dangerous and volatile countries in the world. It’s been consistently ranked as either the most dangerous country or one of the most for years now and has even been called a ‘failed state’ due to the level of violence in the country.

Yet, somehow, in Hargeisa, you are statistically in a safer area than the nice park in Louisville. This is because Hargeisa, for every reasonable purpose, isn’t in Somalia, but rather the autonomous region of Somaliland, which makes up the old borders of British Somaliland, and the majority of Somalia’s northern section. Even with a population of 3.5 million, Somaliland somehow, according to the chief of police, managed to only have 71 cases of murder in 2015. According to FBI data, Louisville managed an average of approximately 80 murders per year between 2000 and 2009, with a much lower population of 680,000.

In fact, when looking at murders per 100,000 people, like the FBI data shows, the entire region of Somaliland has one of the lowest crime rankings when compared to U.S. cities. Lower than such criminal hives as Austin, TX and Mesa, AZ. Yet, somehow, this region larger than the state of Florida, with its own government, military, and currency, is somehow part of one of the most dangerous countries in the world, despite 26 years of claiming itself to be its own country. So the question is, why?

The History of Somaliland

Additionally, the area moved to meet the standards set by the 1933 Montevideo treaty, which lays out the criteria for statehood. The main factors, all of which are met by Somaliland, are

Legally, based on this treaty, Somaliland should be treated as its own country. For some reason, however, it isn’t recognized as a state by any other country in the world, but rather as an “autonomous region” of Somalia, which in all practical matters defeats the purpose of being a country.

Reasons for the Non-Recognition

Opponents of independence include the African Union, Africa’s answer to the UN. The main reason given by them is the concern for the remainder of Somalia. They claim that, if Somaliland were given independence, it would pave the way for other groups within the very fractured Somalia, which has been recently targeted by US airstrikes and Trump’s travel ban, to declare independence.

In theory, this could lead to the Balkanization of Somalia, and continued chaos in the region for years to come. The African Union, because of this fear, has made it a point that old colonial borders should be upheld. There are notable exceptions to this, including the independence of Eritrea from Ethiopia in 1993 and the recent independence of South Sudan from Sudan in 2011.

Opponents also believe that, especially with other major sovereignty movements such as Puntland, the formal independence of Somaliland could reduce the already very small amount of faith in the current Somali government in Mogadishu.

This has left the area at an impasse. The stakes have only gotten higher in recent years, especially with increased famine in the region. The rise in famine, drought, and disease have left 6.7 million people considered to be in humanitarian need, with 3.2 million considered to be in emergency situations. In addition, 766,000 people have been internally displaced by drought.

Between January and June, more than 84,000 cases of cholera or measles were reported. The drought especially, between Somalia, Nigeria, South Sudan, and Yemen, is widely considered to be possibly the worst humanitarian crisis in the world right now. While this crisis has struck all of Somalia, it has been a special point of frustration in Somaliland. The fact that it’s not considered a country means that it’s unable to apply for loans from the World Bank, which could lead to a huge offset in the humanitarian aid needed to address famine in the area.

The humanitarian aid that does come is also organized 800 miles away in Mogadishu, which has led to a lot of concern over the distribution of resources by Somaliland leaders. Potentially, were independence achieved, it could lead to an increase in humanitarian aid for the rest of Somalia, while Somaliland navigates through different organizations such as the World Bank or IMF. Keep in mind that, although the World Bank donated to the Somali government for famine assistance, the country is currently ineligible for development assistance, where an independent Somaliland may be more able to receive financing.

Ultimately, a lack of valuable resources has led to apathy from outside countries on the issue, so Somaliland statehood has been deferred to the African Union. In the case of this crisis, the African Union must decide whether it believes the possible affect on the recent stability of the current government is worth the humanitarian benefits of allowing Somaliland to apply for World Bank loans or gain closer humanitarian aid.

Ian is a humanitarian at heart with a B.S. In Environmental Science. He’s a pretty radical leftist, but there are still people to the left of him that think he’s the liberal version of a cuck. Ian likes pretentious arthouse films and reading about history on the beach while other people have fun around him. New Mexico native, and yes, his answer is green over red.