The Saudi Arabia-United Arab Emirates (UAE) decision to break relations with Qatar, and more importantly their insistence for others to follow their lead, has pitted the Federal Government of Somalia (‘Somali government’) against many of its federal member states. This has created a serious challenge for the country’s nascent state-building process.

When Saudi Arabia cut ties with Qatar in June this year, it was the third time in three years that the nation (with the UAE close behind) had called on the Horn of Africa to remake its foreign policy in line with Riyadh. In 2015, Saudi Arabia convinced the entire Horn – except Ethiopia – to sign up to its coalition against the Houthi movement in Yemen; a key priority given Iran’s support for the Houthis, who are also Shia Muslims. Then in early 2016 when Saudi Arabia broke relations with Iran, Djibouti, Sudan and Somalia did so as well. 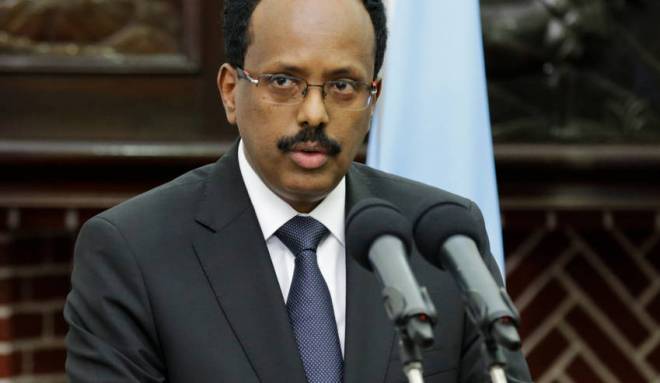 Both these developments demonstrated how Saudi Arabia views its relationship with the Horn first and foremost via the prism of its proxy war with Iran, and the success its incentive-laden foreign policy has had on this front. After the break in relations with Qatar, Somalia – under the newly elected President Mohamed Abdullahi Mohamed (Farmajo) – remained neutral. This threw Somalia into chaos, with the government coming under fire both internally and externally.

“Many Somalis believe siding with Saudi Arabia and UAE is more beneficial than siding with Qatar”.

At heart are two interrelated concerns – unclear definitions of the roles and responsibilities between the Somali government and the six federal member states in practice; and the undercutting of the weak Somali state-building project by external actors.

In the first instance, Farmajo’s position has proved unpopular to many in Somalia who believe the potential benefits of siding with Saudi Arabia and the UAE far outweigh those associated with neutrality (which in essence is a vote for Qatar). Opponents note that the Saudi Arabia-UAE contingent offers Somalia much more in terms of a market for livestock exports, a source of migrant remittances and opportunities for ports management than Qatar can compete with. Nonetheless, Farmajo has held his ground.

In August Puntland announced it was breaking from the Somali government’s position of neutrality, citing its strategic relationships with Saudi Arabia and the UAE. The Dubai-based P&O Ports secured a 30-year concession for Puntland’s main port of Bosaso earlier this year, which probably influenced the decision and underlined the claim that siding with the Saudi-UAE camp was more beneficial.

This presented a clear challenge to the Somali government. Article 54 of the Somali Provisional Constitution allocates it the sole responsibility for foreign affairs, but Article 53 notes that the government should consult the federal member states ‘on negotiations relating to foreign aid, trade, treaties, or other major issues related to international agreements’.

It was the lack of consultation that Puntland cited. Its decision was followed in September by similar declarations from the South West and Galmudug administrations, openly challenging the Somali government’s policy. Both regions also cited the lack of consultation, again raising questions as to specific roles and responsibilities within Somalia’s federal system.

The challenges have not stopped there. Days after announcing his break with Farmajo’s foreign policy, Galmudug regional president Ahmed Duale Gelle Haaf was voted out of office by a faction of his region’s lawmakers. The Somali government supported the move, which Haaf claimed was illegal, orchestrated from Mogadishu and in reaction to his foreign policy stance. Other federal member states agreed, opposing Haaf’s ousting and the government’s apparent interference. Haaf himself maintained the support of another faction, in effect dividing Galmudug in two.

These developments demonstrate how the relationship between the Somali government and its federal member states is being threatened, with the resulting politicking a worrying prospect for building Somali stability at a local level. A similar no-confidence motion may occur in the South West, while ex-HirShabelle leader Ali Abdullahi Osoble was also removed from office shortly after opposing the government’s stance.

The need for clearly defined roles and responsibilities in Somalia’s federal system is apparent now more than ever. The lack of agreement means that parties work together when convenient, but don’t when it’s not. It also allows for manipulation underpinned by a lack of trust, with accusations of the Somali government’s involvement in internal federal member state electoral processes, and the latter’s demands for a role in foreign affairs.

The tensions between the government and the federal member states go well beyond the Qatar crisis, and remain perhaps the biggest stumbling block to resurrecting a coherent Somali state.

Nonetheless, while the crisis has highlighted this internal dilemma, this has been exacerbated by outside actors. Not being able to convince Farmajo to change his mind, the UAE set out instead to undermine his position by appealing directly to the federal member states. For example, South West leader Sharif Hassan Sheikh Aden reportedly visited the UAE right before his decision, while Haaf travelled there right after.

The UAE has always maintained relations with Somalia’s federal member states in a way that other external actors involved in Somalia, such as Turkey, have not. Yet the UAE’s active bypassing of the Somali government, in this case, undermines its authority, contributing to an erosion of the state-building process in which the international community has invested so much.

In this sense, it highlights another common problem inherent in the Somali arena – international actors may engage a weak Somali government when it suits their needs, but pursue other means when it doesn’t. (Saudi Arabia is taking a different tack than the UAE, however, as Farmajo recently visited the country and secured a $50-million donation for the Somali government.)

In short, the Qatar crisis has highlighted some major tensions in Somalia’s state-building process, demonstrating how easily this fragile project can become unhinged. Until there is clear agreement between the Federal Government of Somalia and the federal member states on the roles and responsibilities of each, combined with implementation mechanisms and respect from external actors, state-building in Somalia will be subject to persistent crises and incremental gains.