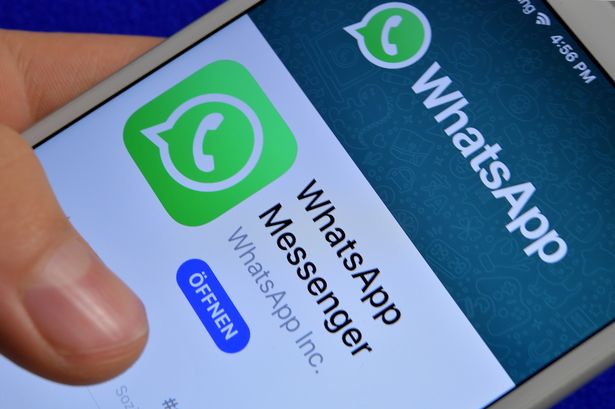 Facebook has been left reeling in the wake of the Cambridge Analytica scandal that saw boss Mark Zuckerberg grilled by US lawmakers.

ALSO READ: Why hating Facebook won’t stop us from using it

The social network has rolled out some new privacy updates and it appears that WhatsApp is making a few changes as well.

The Facebook -owned messaging service is set to let users recover media that they had previously deleted, including pictures, GIFs, documents or voice messages.

However – it looks like only Android users will be able to take advantage of this new update.

According to a report on WABetaInfo, the latest version of WhatsApp for Android (2.8.113) will allow users to redownload older media files from the company’s servers. But it only seems to go back so far – beyond that users will be given a message asking the sender to re-send the media in question.

Avoid fake news! Subscribe to the Standard SMS service and receive factual, verified breaking news as it happens. Text the word ‘NEWS’ to 22840

Worryingly, it does seem to show that WhatsApp keeps your media on its servers even after you’ve deleted it from your device.

It used to be the case that WhatsApp would store undownloaded media on its servers for 30 days before deleting it but now it appears that isn’t the case anymore.

Under new laws coming into force next month, WhatsApp will be required to comply with data retention guidelines that state it shouldn’t hold onto personal data longer than is proportional to its service.

Interestingly, WhatsApp has already spoken out about privacy to reassure users that the content of their messages cannot be intercepted but WhatsApp, Facebook or anyone else because of the secure end-to-end encryption.

But that hasn’t stopped a number of new features being added in recent months to give users more control over how they use the world’s most popular messaging app.

WhatsApp’s messaging deleting feature is called “Delete for Everyone” and is currently available in group chats.

Any messages you successfully delete for everyone will be replaced with “This message was deleted” in your recipients’ chats.

Similarly, if you see “This message was deleted” in a chat, it means that the sender deleted their message for everyone.

Here’s how you do it. But be warned, at the moment, you only have seven minutes in which to delete a message.

Open WhatsApp and go to the chat containing the message you wish to delete.

Tap and hold the message. Optionally, tap more messages to delete multiple messages at once.

Tap Delete at the top of the screen > Delete for everyone.