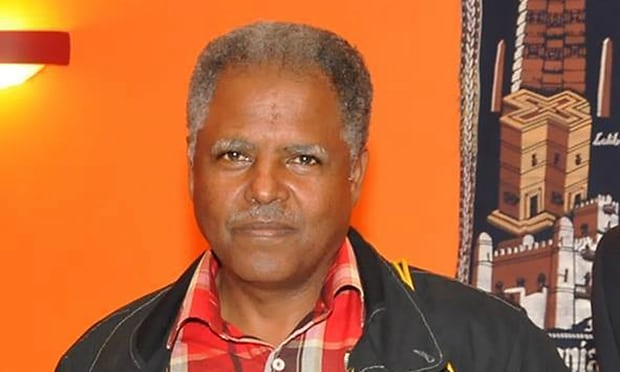 A British citizen released last week after being imprisoned on death row in Ethiopia said he only found out that he would be freed after a government official commented on an appeal on Facebook.

Andargachew Tsege, who has been an outspoken critic of the Ethiopian regime, was arrested at an airport in Yemen in 2014 before being extradited to Addis Ababa. He was imprisoned for four years, held in solitary confinement for more than a year.

Tsege, known as Andy, said he found out he would be released after Ethiopia’s attorney general responded to a Facebook appeal page, saying he would be pardoned. “It’s very strange,” said Tsege. “I’m floating. It’s a feeling of unrealness.”

Tsege said he thought he would never see his family again, and that he was very sad to have missed out on four years of his children’s lives. “It was very emotional, especially seeing the kids,” he said. “When I saw them at the airport, they had changed. The children are amazing, but they have been very emotionally affected.”

Tsege, 63, said his original arrest in Yemen was traumatic. “They put heavy-duty tape over my eyes and my mouth, and handcuffed me, and then I was taken on a plane. It was very painful. The pain was so much that I tried to think about something else. I tried to visualise my family, but the pain was so bad. It was terrible.”

The long-time political campaigner said he feared for his life during the first month of imprisonment. “I had a fear that they would just do something and dump my body,” he said. “I had no clue if my family or the British government knew where I was.”

Hundreds of prisoners in Ethiopia have been released in recent weeks, including political campaigners like Tsege.

Tsege’s wife, Yemi Hailemariam, said she had fought to get her husband released but was shocked when she saw him at the airport. “I wanted to hug him desperately, but he had lost so much weight that I wasn’t sure how strong he was. What I thought was that we would just hug, but I looked at him and thought: ‘I think I am going to hurt him.’ You think about it for four years, and then all you can think is: ‘What have they done to you?’”

She said the worst moment was when she was informed that her husband had been extradited to Ethiopia. “I will never forget that day. I was on Camden High Street, I was with his brother, and we were waiting to see a lawyer and we heard that news and I was screaming. He took the phone and finished the conversation with the Foreign Office. It was very, very dark.”

She said she was disappointed by the response from the British government. “I would have thought that the UK would have clarity on these issues and actually say ‘Yes, this is wrong.’ They didn’t want to take any responsibility. To me, that is an absolute outrage,” she said. “I get that it’s difficult, but come on, you’ve got to be able to say that a kidnap is a kidnap.”

Maya Foa, the director of Reprieve, said: “This is a time of celebration for Andy, his partner, Yemi, his children and all those who have supported him.

“Andy was convicted and sentenced to death in his absence while he was living thousands of miles away in London and then kidnapped and illegally transported across an international border. He was a victim of a series of crimes – not a criminal – and he should never have been denied the rights and freedoms he is entitled to as a British citizen for so long.”

Good to have Andargachew Tsege back on UK soil after his pardon by the Ethiopian government. Very proud of the hard work @foreignoffice staff put into supporting him and his family to get him home safely.