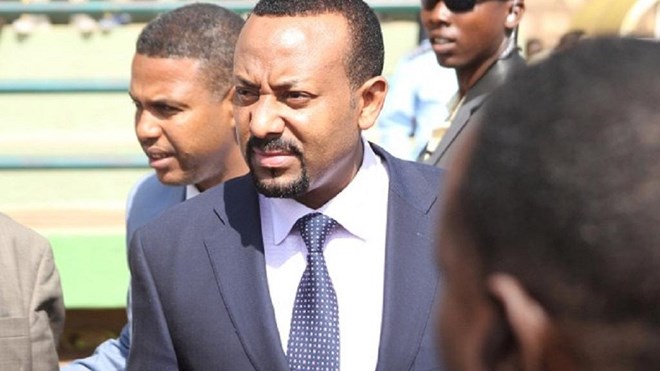 The decision by Ethiopia’s ruling coalition to resolver a border dispute with Eritrea has met stiff resistance from members of Badme town which was the epicenter of the war that killed tens of thousands on both sides.

The 36 member executive committee of Ethiopian People’s Revolutionary Democratic Front (EPRDF) announced on Tuesday that it would accept the December 2000 Algiers Agreement that was signed to restore peace between Ethiopia and Eritrea.

But for many of Badme’s 15,000 residents, most of whom are veterans of the 1998-2000 conflict, the decision by premier Ahmed Abiy and the ruling coalition to cede the town to their bitter enemy, Eritrea is an insult to the living and the dead.

“Why did we fight for it then to just give it away? All this sacrifice for nothing? For this?” said Dubale Getu, a wounded veteran who has lived in Badme since his deployment during the war.

The local anger is in stark contrast to the international plaudits Abiy has won for appearing keen to defuse one of the most intractable diplomatic disputes in the Horn of Africa.

The locals also argue that they were not consulted by the government before a decision that would ultimately affect their status was taken.

They sat they first heard that Badme was to be ceded to Ethiopia’s bitter foe via state radio and television, and are threatening to resist implementation of such a move.

“They should not expect peace here if they force us to leave,” said unemployed 35-year-old Habtom Shiferaw, whose family members fought in the war. “There will be violence.”

But the Badme residents are not the only people that Abiy will have to contend with as he pursues radical reforms on the issue of Ethiopia.Some Tigrayans in the northeastern region, who have long been the leading ethnic group in the EPRDF coalition which has run the nation of 100 million for more than two decades, are concerned their interests will be hurt if Badme is surrendered.

Last week, protests were held in the Irob district in Tigray, as the people Eritrea has long said it wants Ethiopia to pull its troops out from Badme before normalising ties, citing a decision by a boundary commission at The Hague which awarded the town to Eritrea in 2002.

There are no signs yet in Badme of withdrawal of the Ethiopian forces stationed there.