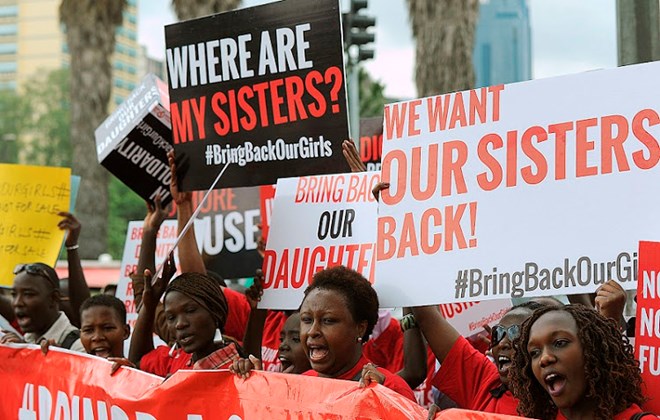 The US is set to scale back aid to African military units fighting terrorism, as it realigns its defence strategy to compete with more traditional threats from China and Russia.

The shift comes despite a growing terrorist threat on the continent that has led to an increased American presence, resulting in attacks on US forces in Niger and Somalia that have left six US service members dead since early 2017. Militants last month even penetrated the headquarters of a military task force in Mali.

American counterterrorism aid to sub-Saharan Africa — a category that covers 46 countries — increased dramatically in recent years as the terrorist threat expanded on the continent, rising to $954m in fiscal years 2015-18 from $327m in fiscal years 2011-14, according to Security Assistance Monitor, which analyses US security spending.

But under the Trump administration’s new defence strategy, that is all likely to change.

“In accordance with the national defence strategy, we’re going to see a shift in resources from dealing with violent extremist organisations first and foremost, to empowering our allies and partners to deal with some of the new ‘old’ threats,” Greg Pollock, the US acting deputy assistant secretary of defence for security co-operation, said in an interview.

The most recent national defence strategy report, unveiled in early 2018 by Defence Secretary Jim Mattis, cautions about the return to an era of “great power” conflict with adversaries such as China and Russia. Africa is mentioned only once in the unclassified summary of the strategy, in a section about strengthening alliances and attracting new partners.

The shift means America’s allies in Africa find themselves in an all-too-familiar place.

“They had this brief period where some types of military assets were more available to them,” said Alice Hunt Friend, an Africa security specialist at the Center for Strategic and International Studies in Washington. “But it’s not going to be unusual or unfamiliar to folks in the Africa-US security space to work with a reduction in resources because that’s just where Africa has fallen on the priority list.”

That is not to say the anti-terrorism campaign in Africa — from Boko Haram militants in Nigeria to Islamic State offshoots in Niger — is being abandoned.

The American military has more than 7,000 personnel deployed across Africa, including 800 troops in Niger, where four US troops were killed in an ambush last year. In central Niger, the US is spending more than $100m on a drone base to help target terrorists.

Separately, the Pentagon will also send more than $100m in aid to seven countries in Africa as part of a program to support the forces it sees as best able to combat a growing list of terror groups, according to a Pentagon document obtained by Bloomberg.

The bulk of the support, about $70m, will go to Uganda, with nations including Cameroon, Kenya, Mauritania and Nigeria getting the rest. The money will go towards training and materiel, including Humvees, weapons and drones.

But to bring Washington’s military aid programmes in line with the vision spelled out in the national defence strategy, the Defence Department is preparing to increase aid to countries in Europe and in the domain of the newly re-christened Indo-Pacific command. Some of that will come by putting fewer resources into Africa.

Those plans are being made even as President Donald Trump has been critical of the Nato alliance and accused allies of not paying enough for their defence.

For the Pentagon, it’s a question of risk: what can the department afford to sacrifice in the near term, in order to ensure it stays on top of evolving threats, particularly from countries that are intent on challenging the US’s historic military advantage.

Russia’s continued meddling in Ukraine has worried America’s Nato allies, while China has showed renewed aggressiveness in the South China Sea.
“There’s no doubt that there will continue to be risks associated with terrorist groups in Africa,” Pollock said. “We need to balance those risks against the risks of longer term strategic loss of position in the Pacific and Europe.”

Pollock said the Pentagon would not initiate a “precipitous decline” in aid to countries in Africa but would work to gradually realign its spending with the guidance of the new national defence strategy.

According to Friend, this means spending on military aid in Africa will fall back to 2014 levels, even though the underlying causes of the security crises on the continent will remain largely unaddressed.

In the meantime, US troops have continued to find themselves in harm’s way.

In October 2017, militants associated with Islamic State in the Greater Sahara ambushed Nigerien and American troops outside the village of Tongo Tongo. Reinforcements, backed by two French jets, dispersed the militants but not before four American soldiers were killed and others wounded.

An American soldier was killed in Somalia last month in an attack carried out by al-Shabaab, a Somali extremist group. Four other American soldiers were wounded in the strike.

While some members of Congress — including South Carolina Republican Senator Lindsey Graham — have voiced support for an expanded military role on the continent, the Pentagon has signalled it is willing to reduce the number of special operations troops there to preserve forces for other parts of the world.

A review of the number and character of special operations deployments could result in a 50% reduction in their presence in Africa, according to a June 4 report by the New York Times.

The shift in strategy underscores the difficult nature of the problems that have been developing in the region over the last several years, according to Friend.

“This is just going to roil regardless of our presence because most of this is fundamentally about politics and economics,” she said. “But if we were to pull out and the French were to pull out … that could make it hard for these governments to stay in power.”