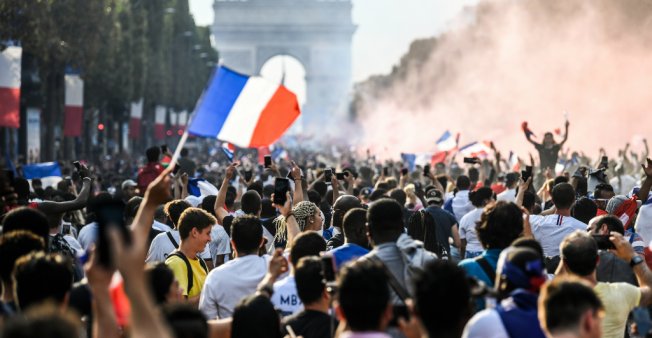 Jubilant celebrations erupted throughout the country Sunday as France beat Croatia to win the World Cup. Follow coverage of the reactions to Les Bleus’ victory as it happened with FRANCE 24’s live blog.

Fan reactions
Here are some reactions from revellers AP reporters spoke to on the Champs-Elysées, including some more sobering thoughts for the future:
“It represents enormous things,” said Goffrey Hamsik, wearing Kylian Mbappe’s N.10 shirt.
“We’ve had lots of problems in France these past years,” he said, recalling deadly terror attacks. “This is good for the morale … Here, we are all united. We mix. There is no religion, there is nothing, and that’s what feels good.”
“We’re happy,” said Frederique Pourquet as she and her friend left the Champs-Elysees. “It took 20 years … It’s the pride of the nation. It unites everyone. It federates.”
The win “shows that the French people are consolidated and the work of all France,” added Omar Bzi.
Mahmoud Bourassi, who runs a youth center in Bondy, Mbappe’s hometown, had some sobering thoughts as he took a longer-term view.
“All this euphoria and effervescence, it’s positive but it’s emotional and ephemeral,” he said, describing sport as a “catalyst to bring people and nations together.”
But, he added, it must be built on: “What we’re seeing is magic, exceptional. But what are we going to do with it tomorrow?” 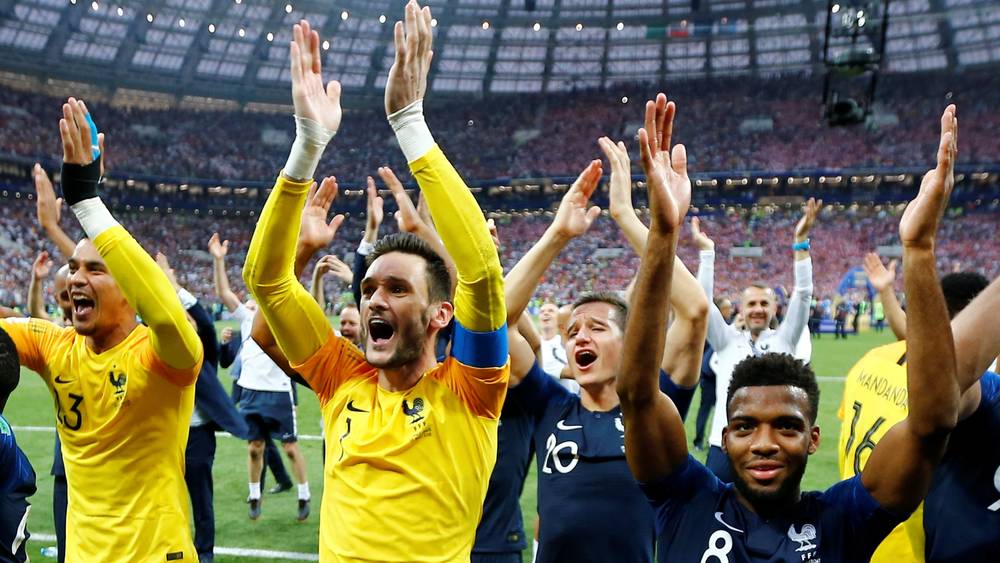