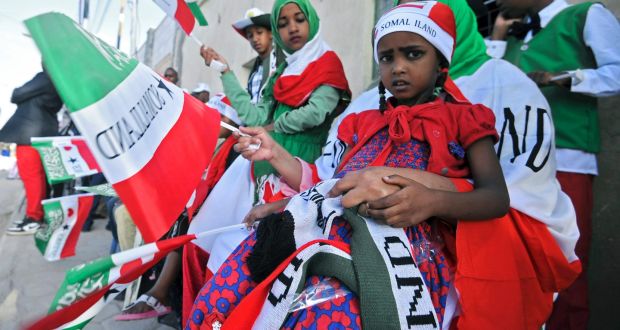 His Excellency the President of the Republic of Somaliland, Musa Bihi Abdi, emphatically reiterates that restoration of Independence came at a high human and material cost which cannot be outweighed by present-day worldly considerations.

The President, speaking to the press at the end of  a working tour he made to the High Court and the Attorney General’s office, Saturday, was responding to a question on his view of the Brussels SPF and Somaliland’s non-participation of the event which a member of the independent media posed.

”The Forum was to raise financial commitments for Somalia and its federal states. It had nothing to do with Somaliland. The world has an established modus operandi to deal with us. If the idea is Somaliland stands to lose development support because it did not take part in the proceedings, then so be it. We do not believe it will ever come to that,” the President said.

”Somaliland independence has been re-attained at a very high cost. The principles it rests on are so much more loftier, more enduring and much, much more valuable and far-reaching than material gains,”  he said.

President emphatically underlined that Somaliland’s regained independence would never, ever be sacrificed for worldly considerations whatever the cost.

”We were not only surprised but flabbergasted to see Faisal meeting with Farmajo at the PSF meeting. We were not even notified of his intention to go to Brussels. It is a new unwelcome development that will run its due  course. We will, in due time, see how  and where the dust settles,” the President cryptically concluded, not really revealing what his government planned to do about it.

This comes at a time Somalia and its federal states were so bent on thwarting Somaliland development by muck-smearing its reputation, and achievement over the past 27 years, in the eyes of the international community, which explains why Somalilanders were so dismayed by Faisal’s ‘indiscretion’.

The UCID political party leader, it is clear, was not officially sanctioned to embark on a one-man don Quixote-style political escapade especially when it could have an irreversible, adverse effect on the future of Somaliland integrity and sovereignty was obvious that President Bihi was not able to reconcile the high nationalist pedestal Faisal earned among Somalilanders and the meandering, politically damaging errors he makes from tome to time, especially this last one and at a venue where international focus was trained on. He  made a similar mistake before in Birmingham, UK, where he was seen chatting and dining with the then Somalia president, Hassan Sheikh Mohamoud.

In this instance, Musa must choose between two very difficult decisions: let the law enforcement agencies take up the matter with a national political leader and risk all sorts of diplomatic bombardment or let Faisal be and pave the way for other less nationalistic leaders to pound the trail to Mogadishu’s Villa Somalia.