Home Somalia Somalia: Six Die By Roadside Mine Near Mogadishu 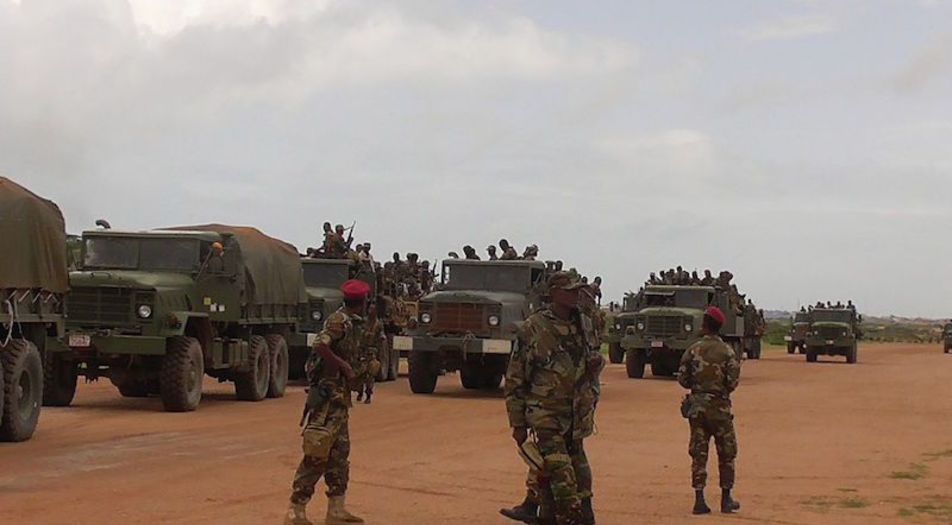 At least six army officers lost their lives and an undisclosed number of others were injured when a landmine planted on a road linking Mogadishu, capital seat of the Federal Government of Somalia, to the Ballidoogle American base detonated hitting a convoy of Somalia army and AMISOM vehicles escorting supply trucks going to the ex-military airfield near the city of Wanlawein of the Southwest Federal State.

An eyewitness at the scene confirmed that the number of soldiers who were fatally hit was not less than the number stated above although others claimed that the casualties were much more than that and the number quoted was that of Somali-born army officers alone.

The Somalia national army neither agreed with the numbers nor denied them.

The injured, however, were rushed to the health facilities at the American army base where they were being treated for injuries of varying degrees.

It was only yesterday, Wednesday, that a Burundian convoy, part of the 22000-strong African Union peacekeepers in Somalia, was hit on a road between Mogadishu and Afgoi injuring at least four, as was confirmed later. Nobody was killed by the mine targeting the convoy according to the publicised reports.

Of late, roadside bombs, IEDs and landmines targeting AMISOM and SNA convoys had been on the increase keeping the operational capability of the Al Qaida-linked Al Shabaab fighters very much alive.