SomTribune
Home Opinion/Analysis Gulf Crisis BIG Question: Are the People of Somalia Being Taken for... 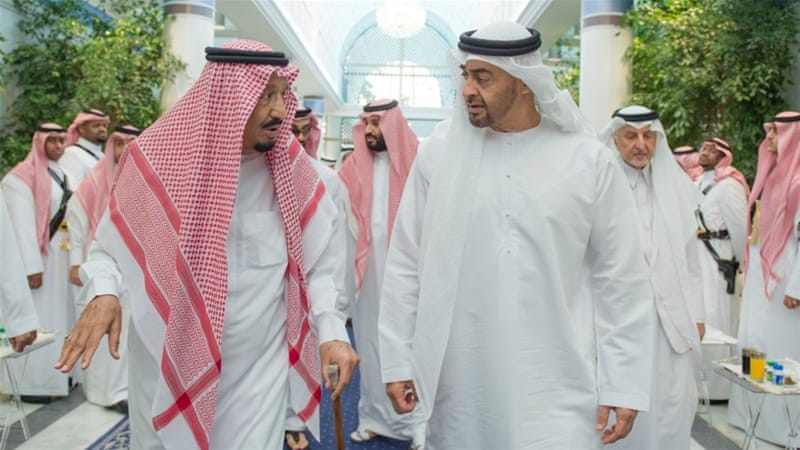 I don’t intend to bore you with background details about the blockage slapped on Qatar, the middle-ground position the Federal Government of Somalia (FGS) took, and the domestic and regional controversy that FGS’s decision had precipitated. We all know the political pressure borne on FGS as a result. While its sports infrastructure is underdeveloped, Somalia is well developed as an arena for regional rivalries and proxy wars.

As the Gulf blockade progressed, soon gloves came off as FGS and UAE dropped all pretenses to diplomacy, trading hard-hitting jabs, burps, accusations and counter-accusations of undermining each other’s interests. Somali social media was bombarded with real, fake, and not-so-fake news strategically pushed by Qatar, UAE, and the FGS trying to reach for each other’s jugular. Enter DP world Berbera port deal aimed at inflicting maximum damage on FGS leadership; FGS’s in-kind reciprocal parliamentary vote outlawing DP World activities in Somalia; and later, FGS’s interception and confiscation of UAE’s USD millions in cash at Mogadishu Airport, forcing UAE to make drastic moves that included ending military cooperation agreement with FGS, closing of a health center at the vicinity of the Villa Somalia, and repatriating its equipments and military hardware infrastructure from Mogadishu and Bosasso.

On the domestic front, relations between the regional administrations and FGS turned nasty. Presidents of Galmudug, Hirshabelle, and Southwest found themselves in the eye of FGS storm and had been left frantically fighting for political survival.  Whereas Galmudug and Southwest’s survived to tell the story, Hirshabelle’s Waare wasn’t as lucky. It appears even those who survived the FGS machinations are not out of the woods yet. With three regional administrations gearing for presidential elections, FGS is running overdrive to instigate the most tyrannical political coupe to weed out the three incumbent president’s one after the other. Qatar’s dark-hole cash is part of the bargain here. It’s not clear if UAE’s will channel similar cash in time to save some among the three.

In an infamous nocturnal commando-type raid, elements loyal to the FGS wounded and scared the hell out of a hitherto non-descript lone political oppositionist and former presidential candidate after executing a number of his gourds in cold blood, leaving destruction in their wake. In surprise and unprecedented move in Somalia, FGS sought the cooperation of Parliamentary leadership to have the immunity of three parliamentarians waived to pave way for their investigation and prosecution for treasonable accounts relating to aiding an enemy of the state.

Controversies, political losses, and strained diplomatic relations aside, with Gulf diplomatic crisis turning a year (since 5 June 2017) and with so much at stake (diplomatically, politically, economically, culturally, security) for FGS and Somalia, isn’t it time FGS took stock of its position on the crisis?

It’s been an open secret that Qadar dark-hole cash has provided a lifeline to FGS as it used the money to finance the ouster of the former speaker of parliament and the installation of his replacement. The opposition accused the FGS of using Qatari money to raining down havoc and suppressing dissident voices in Somalia.

Other than that, however, as the gulf crisis protracted, people began to question the rationale of the FGS of Somalia. What happened to the principle of bargaining from a position of strength? Is public being taken for a ride? How does a raw deal look life if all that Somalia got for its risky stand on the gulf crisis is two hundred thousand grand grants in pledges that have yet to materialize, a year down the line? If the situation continues to play out as it’s, the FGS’ stand will go down in the annals of history as a scam of the century. While brokers’ pockets have been lined with millions in illicit cash, the country and its people would be left to bear the brunt of the Gulf crisis to harvest a raw deal. The FGS must push the Qataris to urgently pay whatever peanut pledges they made in return for FGS’s stand on the gulf crisis to avert public backlash. It’s very unfortunate for FGS if there’s any truth to the rumors in town that the Qataris have made PM Kheyre’s exit a precondition to releasing the financial pledges it made to the FGS. If that’s absurd demand is the cause of the delay, someone has got to call their bluff and tell them they have no right to make such demands on us and should quit interfering in our internal affairs.

Time is not on the side of the FGS.