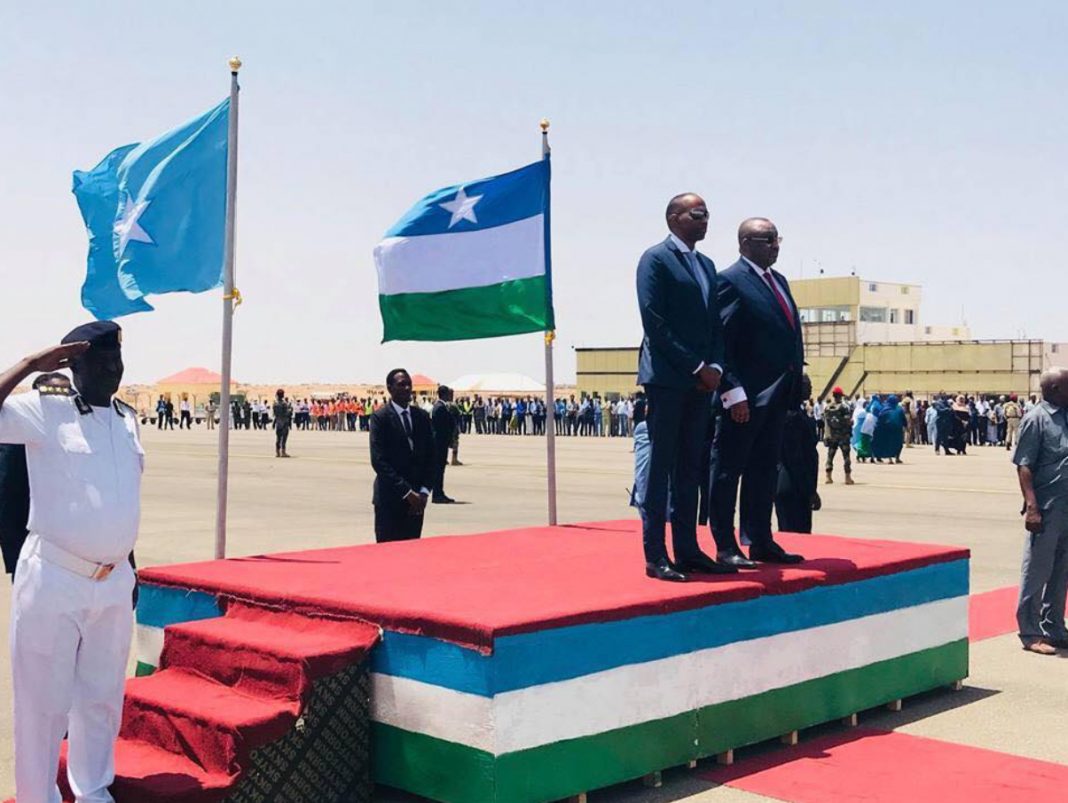 Departed from Mogadishu, the Prime Minister, along with ministers and top Govt officials including his entourage received a cordial welcome from state president Abdiwali Mohamed Ali Gaas and jubilant residents at the airport.

In the capital, Garowe, the flags of Somalia and Puntland were seen hanging on the main street to honor the arrival of the PM as this visit marks his first visit since he was appointed to the post in February 2017.

The security of both the airport and the entire Garowe city have been tightened by regional security forces ahead of the arrival of the Federal Government delegation led by the premier.

The PM who is expected to stay for days in the region will be attending the celebrations marking the 20th anniversary of Puntland inception which is set to take place in several cities, including Garowe, Galkayo, Bosaso, and others.

The State which was established in 1998 is facing dual challenges from the al-Qaeda-linked al-Shabab and the growing presence of fighters linked to the Islamic State of Iraq and the Levant (ISIL) group.

ISIL-affiliated militants and Al-Shabab extremists have staged attacks on the military bases in the state and assassinations against government officials due to lack of regular pay to the soldiers, sparking security concerns.

Last January, Puntland lost Tukaraq, a strategic town near Las Anod, the capital of Sool, to Somaliland while Somali President, Mohamed Abdullahi Farmajo was on the second day of his first visit to the region.

Under the leadership of President Ali, Puntland troops have gone on strike without salaries on several occasions in the past few years and skyrocketing inflation has hurt the state economy and the livelihood of the poor families.

Amid warning against illegal-term extensions for sitting President, Puntland heads to presidential, parliamentary vote in early 2019 as the five-year term of the incumbent government which has been in office since January 2014 will expire in five months.