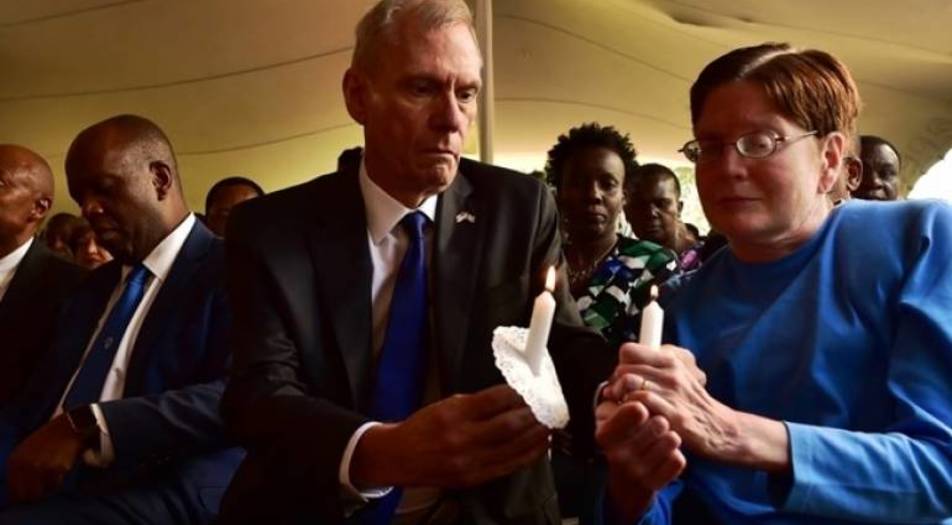 The U.S. ambassador joined a ceremony in Nairobi on Tuesday to commemorate 20 years since truck bombs hit the U.S. embassies in Kenya and Tanzania, killing 258 people and marking the start of al Qaeda’s global campaign of violence.

Some 200 Kenyans and Americans, many of the survivors of the attack, gathered at Nairobi’s August 7th Memorial Park to pray and remember the victims.

“We forgive those who hurt us, but we may not forget. Let’s pray for them to change their mind so that we can live happily together,” said Thaddeus Mutiiria Nyaga, whose son, Emmanuel, was killed on Aug. 7.

His name was read out along with those of the other victims, as candles were lit during the ceremony. The blasts killed 12 Americans and wounded several thousand people in what was al Qaeda’s first big attack in a campaign by the Islamist militants.

Three years later, the group would conduct its most notorious attack, flying passenger planes into New York’s World Trade Center and the Pentagon, killing some 3,000 people.

Kenya’s director of counter-terrorism, Martin Kimani, said terrorism remained a threat, “but our country has taken giant strides to prepare better to be more ready, and part of that readiness is our cooperation with our friends”.

In 2013, gunmen from the Somali militant group al-Shabaab, an al Qaeda affiliate, killed at least 67 people inside a shopping mall and held out for four days as security forces laid siege to the complex.

Kenyan troops are fighting in neighbouring Somalia against al-Shabaab as part of an African Union peacekeeping force that has been deployed there for more than a decade.

Mourner Ali Mwadama said militants who say they kill in the name of religion do not represent Islam or any faith.

“We can’t call them Muslims,” he said. “If you are a Muslim you must follow the rules of Allah.”