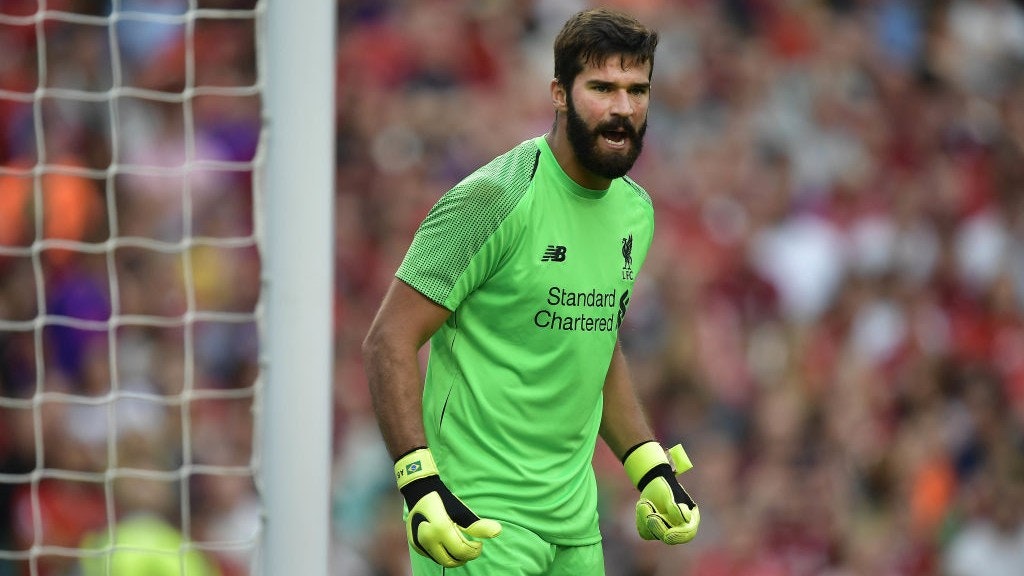 Some clubs will be delighted with their transfer market business, others couldn’t stop making signings even after the deadline but some will be left furious (someone at Old Trafford in particular) that they didn’t make any significant additions.

Here, we run the rule over every Premier League club’s business this summer. 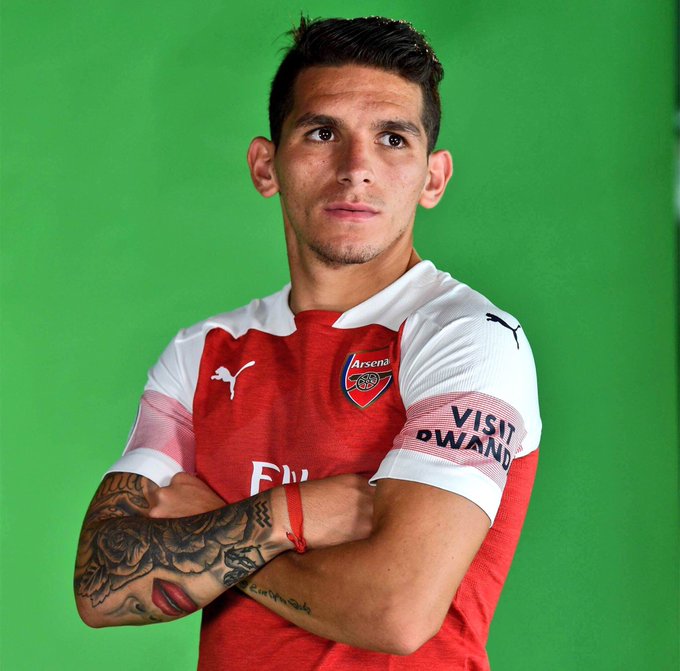 After several frustrating transfer windows (and we’re going back to 2014 here) under former boss Arsène Wenger, new manager Unai Emery was swift to make changes and got to work right away.

Arsenal supporters have been relatively impressed with their solid if not spectacular signings, though Lucas Torreira looks a steal at £25m and should add some much needed bite and energy to the middle of the park.

A winger would have aided the squad while another quality centre-back would have been welcomed too but the signs are positive. 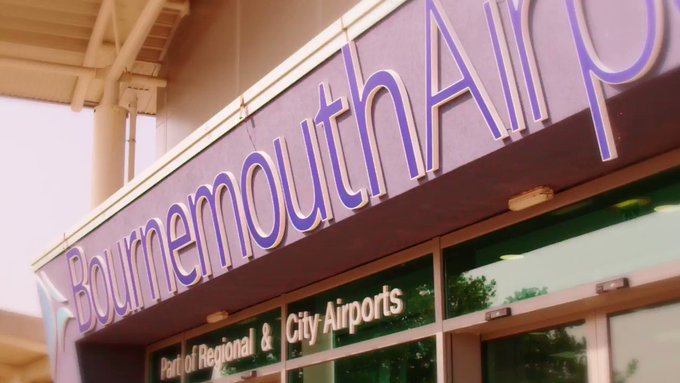 The Cherries have spent big and made some savvy signings from Spain in left-back Diego Rico and midfield enforcer Jefferson Lerma. David Brooks, meanwhile, is a big talent and joins from Sheffield United.

However, teams around them have perhaps strengthened more and while Bournemouth do have a tight-knit squad, they may have bought one or two more. 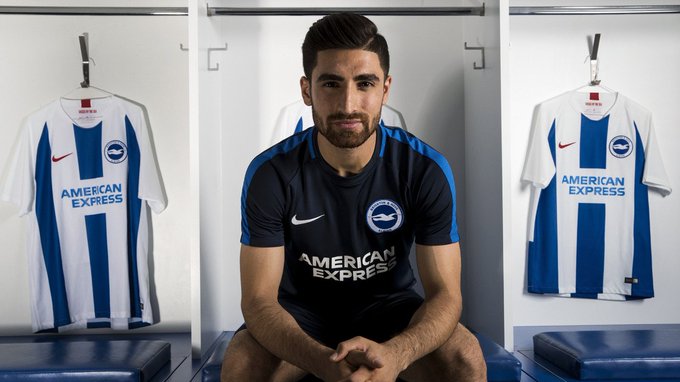 Brighton should reap the rewards this season after some excellent summer recruitment.

The £17m gamble on Alireza Jahanbakhsh from the Eredivisie is certainly one worth taking and he should add a directness, and goals, to their play. Meanwhile, Bernardo, Leon Balogun and Yves Bissouma all arrive from the continent and add quality and European experience to the squad. 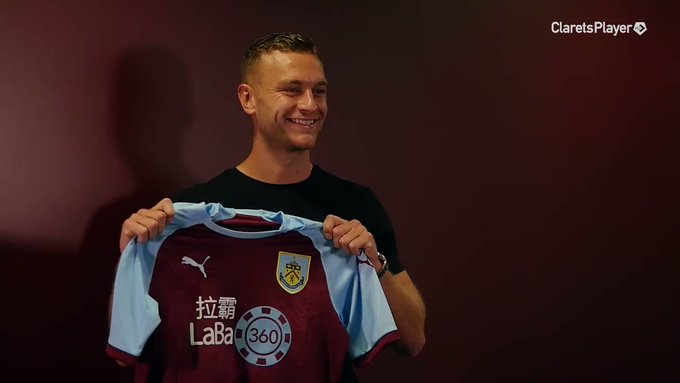 Sean Dyche has decided to improve his already imperious defence with the capture of Ben Gibson from Middlesbrough who will add a vocal and dependable presence to the backline.

The acquisition of Matej Vydra is astute with the pacy and nippy attacker offering something different to the physical presence of Sam Vokes and Chris Wood.

Joe Hart as back-up provides a good opportunity for both club and player – but what will happen when Tom Heaton and Nick Pope return? 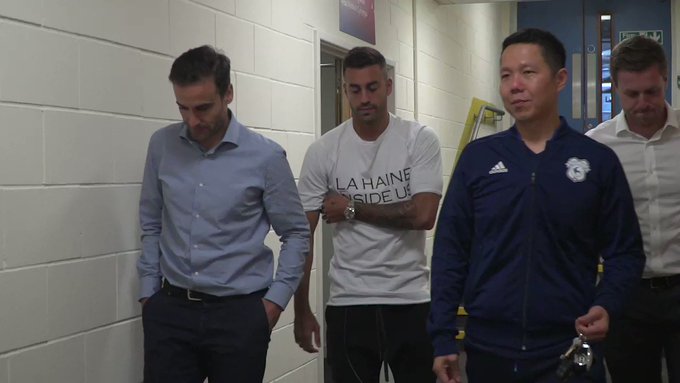 The Bluebirds have failed to add Premier League proven quality to their team with some uninspiring signings.

Josh Murphy and Bobby Reid both impressed in the Championship last season and could add goals but the jury is out.

Victor Camarasa should bring flair after signing on deadline day from Real Betis. Though will it be enough? We seriously doubt it.

After stuttering to fifth-place last season, Blues supporters were hoping for some serious reinforcements.

Jorginho is exactly that and will help with the new manager’s Sarri-ball approach while Mateo Kovacic will provide a great engine alongside the Brazilian.

However, the big, most critical move comes in between the sticks, with Chelsea making a late move for 23-year-old Kepa Arrizabalaga after Thibaut Courtois forced through a switch to Real Madrid.

Dependable though lacking experience, it may be a risky move that pays dividends for the west London club for years to come. 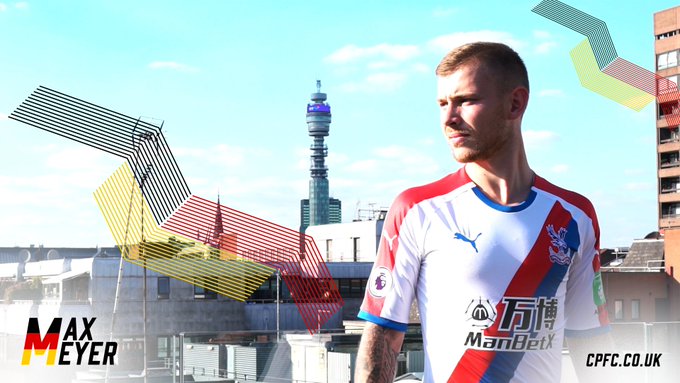 Convincing Max Meyer to move to Selhurst Park was a major coup by the Eagles and the German could be a class above much of Roy Hodgson’s squad should he settle in England quickly.

Cheikou Kouyate adds a solidity and option in defence and midfield while boasting Premier League know-how after four seasons with West Ham. Vicente Guaita arrives in goal with a good reputation after years in LaLiga while Jordan Ayew adds another dimension to the attack.

Palace may have only signed four players but the biggest news was they kept hold of Wilfried Zaha – their talisman so often, he is massive for the Londoners. 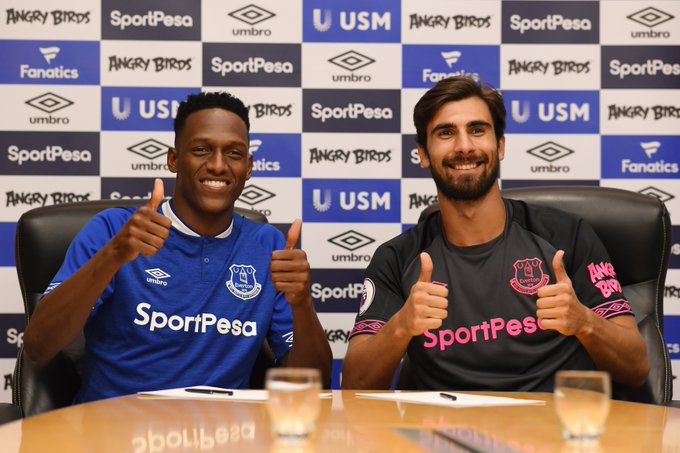 They left it late but by the end of the window, Everton had significantly improved the balance of the squad and the quality in it while shifting a hefty amount of deadwood.

Landing three Barcelona players, with no European football to offer this time around, was no mean feat by Marco Silva and director of football Marcel Brands, while the capture of Bernard was a savvy one.

Some eyebrows were raised at the fee paid for Richarlison but the Toffees got their business done and should now get back on track. 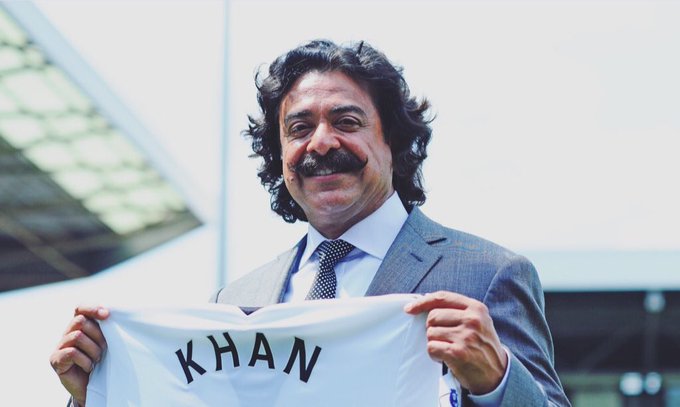 The Cottagers are one of several clubs this summer to have bought excellently though it felt like they were just adding a never-ending list of names to their squad on deadline day as they surpassed the £100m mark! A total of eleven players, yes essentially a first XI, signed on the dotted line.

The capture of Jean Michael Seri, linked with Europe’ stop clubs, caught everybody by surprise and his work-rate and running will help both defence and attack.

Alfie Mawson, meanwhile, is a shrewd buy to improve the backline. Andre Schurrle’s return to west London should aid the newly-promoted side in the hunt for goals.

We’ve loved Fulham’s business and are excited to see how they do.

Adama Diakhaby and Terence Kongolo arrive from Monaco while Erik Durm has plenty of big-game experience with Borussia Dortmund.

It’s been a decent window for the Terriers though the new names on the team sheet don’t suggest they’ll suddenly move away from the lower echelons of the table. 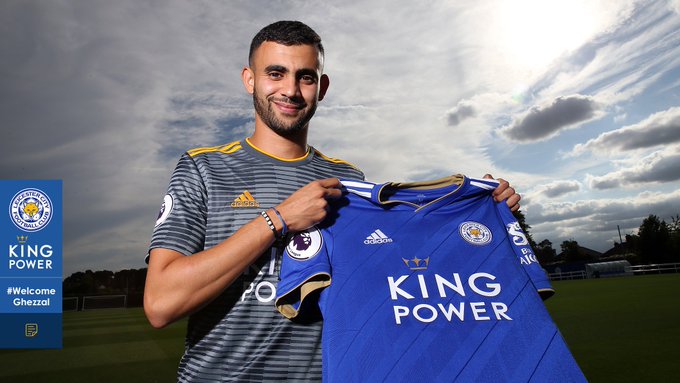 The acquisition of Jonny Evans from West From is a smart one while the arrival of Ricardo Perreira from Porto is impressive. Add former Arsenal target Caglar Soyuncu to the mix and Leicester look well stocked in defence.

Danny Ward and James Maddison are both at a good age for their respective positions and there looks to be plenty of competition for places at the King Power Stadium. 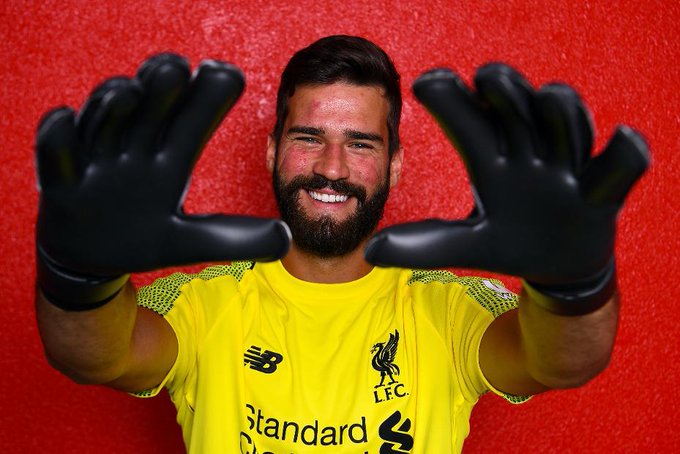 The Reds have improved significantly in problem areas with the capture of Alisson an essential one between the sticks. The world’s most expensive goalkeeper for just a few days after signings for £56m, the Reds had to improve in this area and did so by landing one of the best players in the position.

Naby Keita is an impressive addition who will provide boundless energy and guile while Fabinho and Xherdan Shaqiri improve both the quality and depth of Jurgen Klopp’s squad. Another top quality defender to play alongside Virgil van Dijk would have benefitted this team but either way, Liverpool should be up there this term.

Yes, the Anfield club have spent big but it was essential as they look to close the gap on first place and mount a serious challenge. 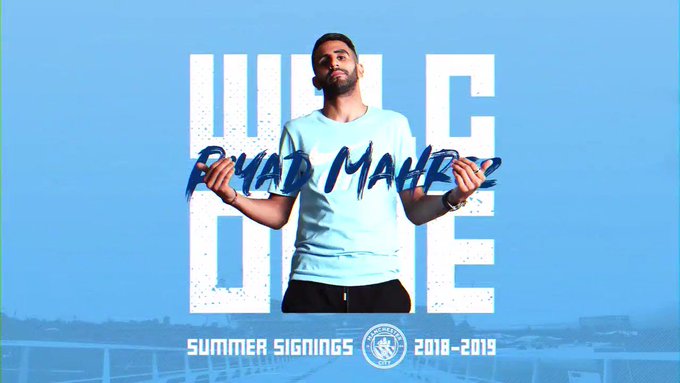 City and Pep Guardiola added to their embarrassment of riches with the acquisition of Riyad Mahrez though even the billionaire champions can miss out now and again.

A defensive midfielder would have completed this squad but City ended up missing out on Jorginho and then failed to make a move for a quality back-up.

However, we think City will be more than alright next season and who knows, maybe John Stones could fill in that position? 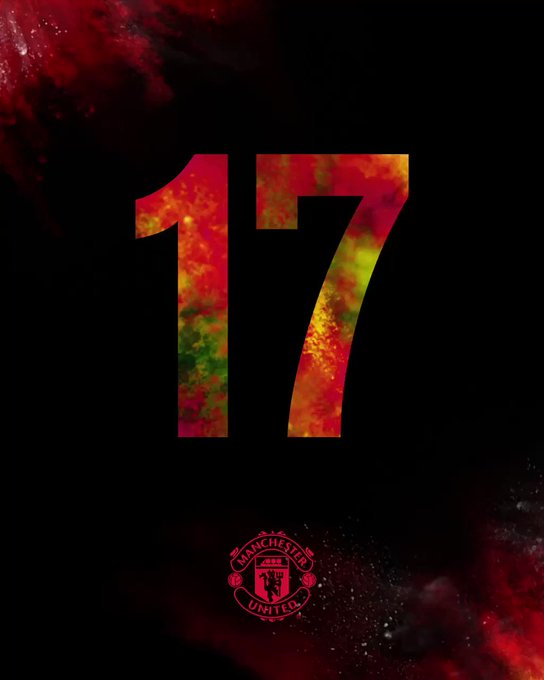 This summer proved to be a disaster for United as Jose Mourinho missed out on signings he felt was integral and the lack of transfer activity could have serious ramifications of the club’s performance for months to come.

Fred is a good addition but they needed more, Diogo Dalot is inexperienced and Lee Grant is merely homegrown back-up destined for the stands.

A centre-back was essential but the dealmakers couldn’t get a move over the line. Crazy when you think about it. 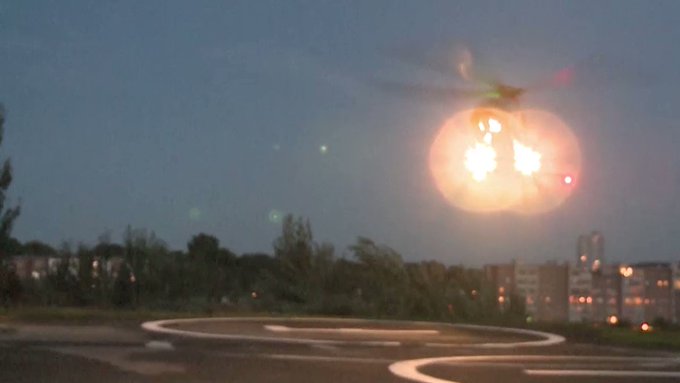 The narrative of the summer was that manager Rafa Beitez would not be afforded funds to improve his team.

Admittedly, while the boss had to work with loan moves, free transfers and nominal fees (in 2018 terms!), the Magpies have done well and improved the squad.

Of course, the Newcastle boss and supporters would have hoped for more but Kenedy, Ki and Rondon are good purchases whilee Fabian Schar for just £3.6m could prove excellent business.

The club, thanks mainly to Benitez’s tactical nous, should challenge for a top ten spot once more.

Some smart moves and players at good ages and good prices but Southampton’ summer business will not exactly pull up trees.

Jannik Vestergaard is a commanding presence at the back and Stuart Armstrong and Mohamed Elyounoussi will chip in with goals from midfield, offsetting the loss of Dusan Tadic.

Angus Gunn maybe seen as one for the future but the former City stopper could actually start for the Saints ahead of Fraser Forster and Alex McCarthy.

No signings. Not one. Nada.

Yes, Spurs have a quality team boasting players like Harry Kane and Dele Alli but a lack of squad depth could seriously harm their progression.

It’s an exciting time to be a Tottenham fan as they move to a new stadium but you can bet supporters will be worried at the lack of action in the transfer market.

They get a ‘1 out of 10’ for keeping hold of their main men but I can barely bring myself to say: ‘Keeping their star players is like a new signi…’ No. I can’t do it. They need to strengthen but failed. 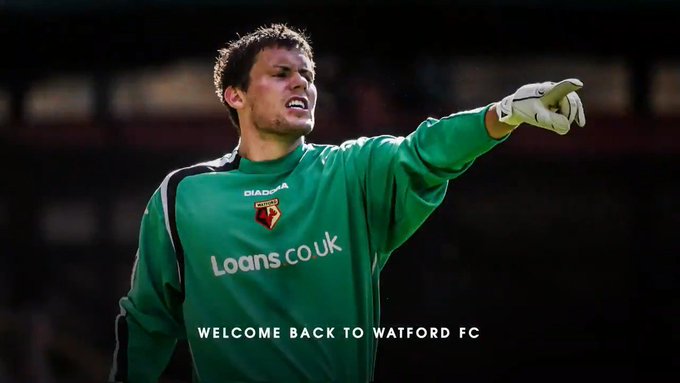 A pretty uninspiring window for the Hornets. You can tell a Watford signing a mile off but these names don’t improve the current squad too much.

Ben Foster is a solid Premier League addition while Gerard Deulofeu knows the division too but who knows about the others? We’ll have to wait and see but we fear for Watford. 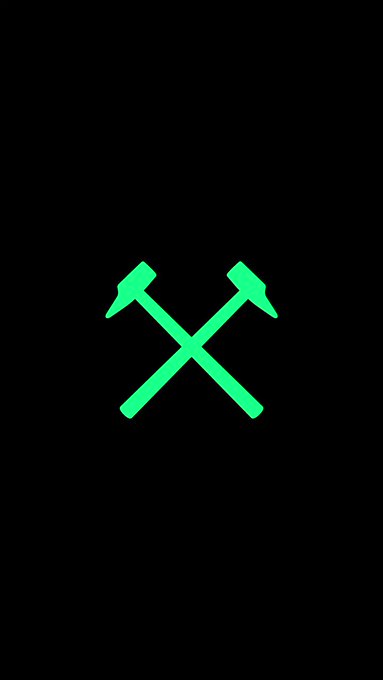 Brighton, Fulham, Everton … and West Ham. Another side who have impressed with some ambitious and clever signings.

The pull of the capital is a major plus point for the Hammers who convinced Felipe Anderson to ditch Serie A and the Europa League for an ambitious Premier League project under Manuel Pellegrini.

Jack Wilshere could be a vital signing in the middle of the park if he remains fit while Yarmolenko and Lucas Perez improve the team’s firepower. 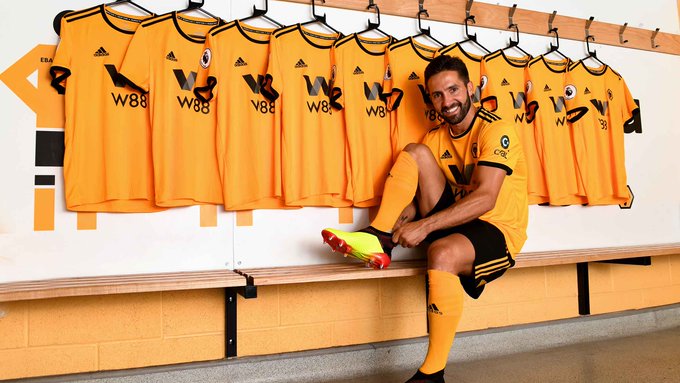 Big names, big figures and Wolves mean business. After winning the Championship in style, the Midlands club have again benefited from adviser and super-agent Jorge Mendes and brought in some top Portuguese talent.

The pressure is already on this Wolves team though, as the football world watches their progress intently. They have to deliver but really, surely survival will be an achievement in itself and anything beyond a bonus?