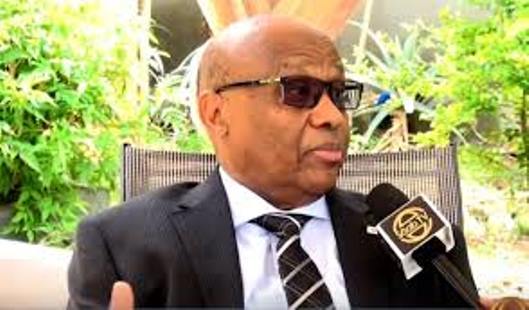 A high-level Somaliland delegation led by the Mr. Ali Ibrahim Jama “Baghadadi”, Governor of Central Bank this week meet with World Bank officials in Nairobi, the capital of Kenya.

During the meeting with World Bank officials headed by Mr. Hugh Riddell, head of World Bank regional office,  Mr. Thilasoni Benjamin , head of SCORE and Mr. Fuad Sharif, while  Somaliland Central Bank Governor was flanked by Mr. Abdirashid Abdurrahman, director-general in the ministry of national planning and development,  Mr. Abdurrahman Muse, the head of financial planning at the central bank and Mr. Ahmed Mohamed Nur, the director of SCORE project at the ministry of national planning and development discussed the World Bank-funded SCORE project which was launched in August, 2016 and meant to be implemented in Somaliland with the aim to improve the enabling environment for private and financial sector development and catalyze private investment and job creation.

The SCORE Project was meant to provide vast opportunities intended at promoting women’s economic empowerment is seen as one of the most important driving forces behind reducing poverty and aiding economic growth through supporting them be part of the private sector development as agriculture, livestock, fisheries, manufacturing, and similar ventures. The Project duration was one year and eight months.

They also discussed matters pertaining the general economic status, banking policies law, which is currently being tabled in parliament and general efficacy and various grants that the World Bank boosts institutions that work in the country.

The meeting ended with both sides reaching understanding on the various issues. The Somaliland delegation will to meet with representatives of Earnest and Young during stay in Kenya.

Others dignitaries among the delegation were Hon. Mohamed Ahmed Obsiye , the deputy chairman of Somaliland of House of Representatives committee on Finance and economy,  Hon. Hussien Mohamed Egge MP, Hon. Said ]Mohamed Elmi, Hon. Abdikadir Jibril Tukale and Mr. Abdinasir Osman Mahmoud, the director of planning in House of Representatives.