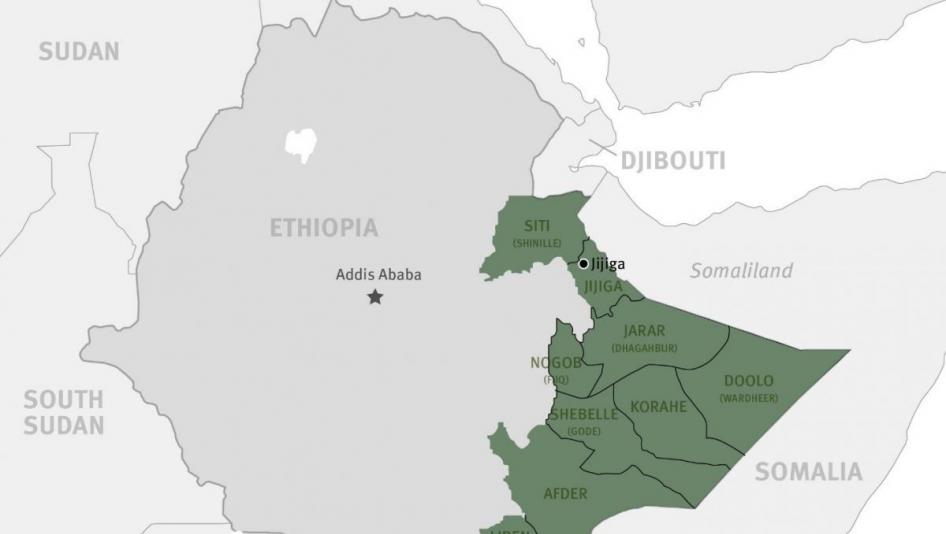 Government Should Address Killings in Somali and Oromia Regions

Ethiopia’s new Prime Minister Abiy Ahmed has electrified his country with a range of reforms since he took office in April, including the release of hundreds of political prisoners. But recent incidents of ethnically and religiously-charged killings in Ethiopia’s Somali and Oromia regions point to ongoing tensions in the country. Much more government attention to these killings, including investigations and justice, is critical to ensuring all citizens can benefit from Abiy’s bold agenda for change.

In Jijiga, capital of the restive Somali region, a youth group known as Heego, which is loyal to the region’s former president Abdi Illey, and the region’s paramilitary Liyu police carried out attacks earlier this month that left many people dead. The Ethiopian Orthodox church said eight of its churches were burned, and more than 15 people, including 7 priests, were killed. Hundreds of people reportedly took shelter in a church compound after their homes were destroyed. The Ethiopian Human Rights Commission said its Jijiga office was also attacked, with offices burned and staff beaten. Officials said they believe the attackers were trying to stop the Commission’s recent investigation into human rights abuses in the area.

Ethiopian authorities established the Liyu police in 2007 to combat the insurgent Ogaden National Liberation Front (ONLF); the paramilitary force has frequently been implicated in extrajudicial killings, torture, and rape. In response to Abiy’s reforms, some members of the ONLF declared a unilateral ceasefire on August 12.The government has yet to announce concrete plans for substantially reforming or eventually disbanding the Liyu police, despite their involvement in cross-regional attacks. For example, Liyu police reportedly killed 41 people and injured 20, in Oromia’s Eastern Harerege a few days ago.

At least 15 people in other parts of the country – DireDawa city, Shashemene,Tape town, and Adama city – were also killed in ethnically-charged mob justice and rioting in August.

The political and ethnic dynamics around these recent killings show that despite reforms and improved rhetoric on human rights from the federal government, insecurity is still a problem – particularly where Liyu police roam unchecked. Bringing perpetrators swiftly to justice is the only way to not only stem the violence, but also signal to Ethiopians that the country is changing for good.

Director, East Africa and the Horn@MariaHRWAfrica