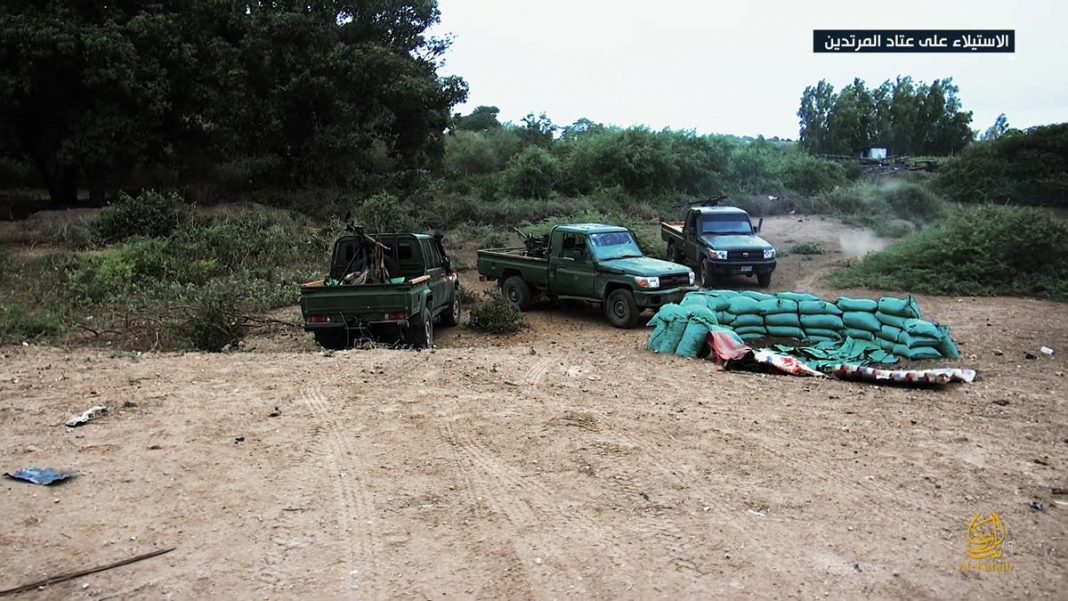 The head-to-head clashes happened at and around Daynuunay, 18 Kilometers outside Baidoa, the capital of the Southwest Federal State of Somalia, and at Buurdhuubo, 108 miles distant.

In Daynuunay, according to military sources, Al Shabaab ambushed army units on patrol, inflicting significant damage on vehicles. In this confrontation, 4 of the army and 9 militants fell as reported by official sources. Army admits it lost four.

This was followed by a dawn offensive on which the SNA raided an Al Shabaab outpost. The SNA claimed it killed 4 more on this surprise attack, and chased away the survivors.

At Buurdhuubo, again, the army claimed it gunned down 7 fighters and suffered minor casualties itself in an uncoroborated claim.

On all of these engagements, the Shabaab, departing from the expected norms, refrained from detailing casualties and damages, making it the more plausible of the two sides.

In another develiopment, the Islamist movement published a media clip and images (below) of military vehicles and arsenal captured in a raid it waged against the army at Barire, south of Mogadishu, last year. It was reported, at the time, the demise of at leat 30 soldiers – one of the worst defeats of the army since El Adde and the KDF camp the movement overran.