Home World News/International Conflict/Crime Somalia: Yet another Al Shabaab blast and a harvest of more lives... 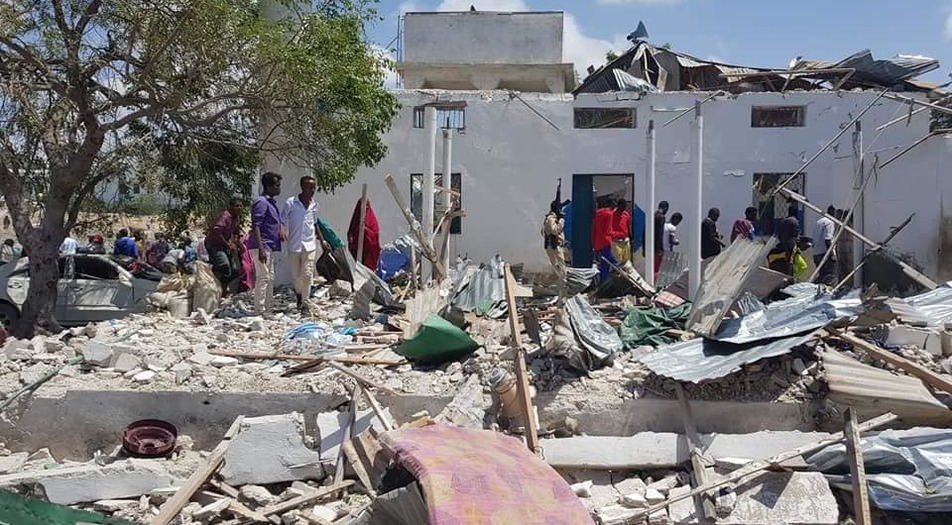 The blast, which happened at a peak hour in mid-morning, today, wrecked a number of buildings at the district administrative block, blew the roof off a nearby mosque and Quranic school, put parked cars aflame and damaged a number of other buildings in the immediate blast area.

Shrapnel riddled corrugated iron sheets, used for roofing and heaps of masonry and plaster made rescue efforts difficult for people who rushed in to pull the dead and injured from the wreckage in the beginning.

Al Amin ambulances were the first to ferry out the injured from the scene, including several children.

To make its presence felt, Al Shabaab has picked up suicide attacks, rigged cars and targeted assassinations in broad daylight in the capital to spook the weak, Diaspora-led, UN-backed government in Mogadishu out of office and back to safe havens abroad, such as Seattle, US, where both the President and Prime Minister lived. 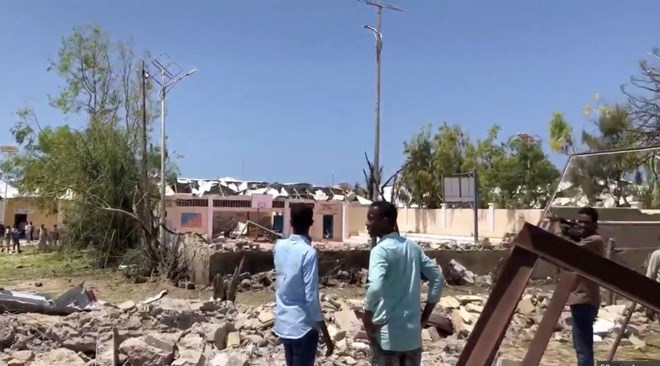