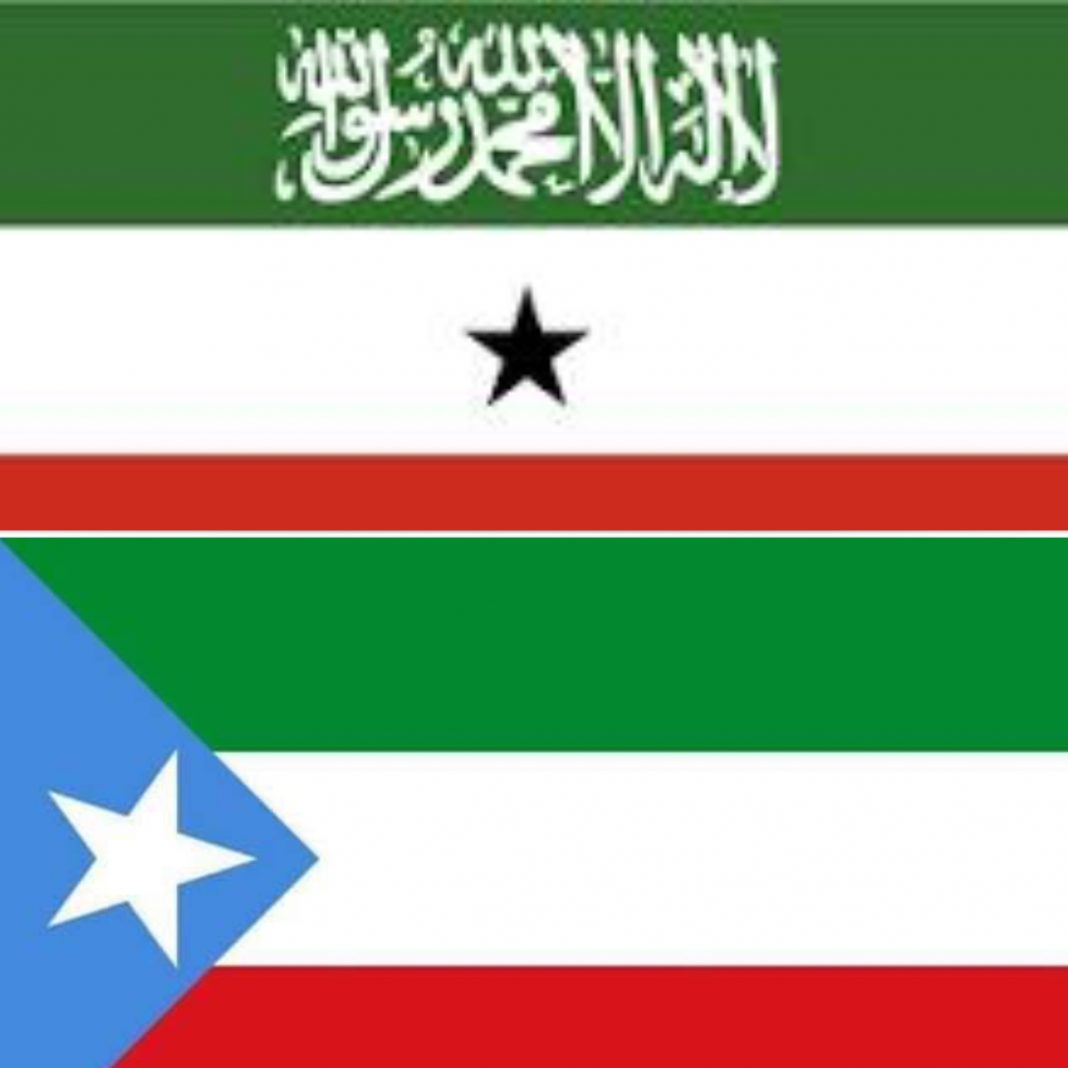 The Somali regional state parliament re-instated a flag that bears colours which had been changed about 8 years ago by the now-imprisoned head of the eastern Ethiopia Somali State, Abdi Mohamoud Iley.

The new flag adopted by the regional parliament on a majority vote, Thursday, sports a blue triangle at the middle of which is the white star on the left side of the flag – a smaller replica of the Somalia flag, while the rest is of the horizontal green (top), white and red of the Somaliland flag without the Tahlil at the top and the black star at the centre of the white, centre stripe.

Nobody has spoken openly of what the change of State colours signifies, but many had accepted it as part of the sweeping changes currently reshuffling the Ethiopian political landscape.

The lawmakers did not only reinstate the flag colors but they, also, set aside the ‘Ethiopian’ prefix to the regional state name, thus passing the new name into law: the ‘Somali Regional State (SRS).

The flag had been originally introduced to the region by the ESDL (The League) party of the  late Dr. Abdimajjed Hussein – the most prominent, most influential Somali politician in Federal Ethiopia to date.

Mustafa Omar wrote on his Facebook and Twitter accounts that he saw no contradiction in his Somalinimo (Somali-sm) and Ethiopianship.

“We proudly uphold symbols of Somalinimo without abnegating our national responsibility. We are Somali Regional State: no prefix, no suffix. The original flag returns,” he said.

Although some may have suspicions of a grand Greater Somalia plan lurking somewhere behind the new philosophies of President Omar, the majority believe that things can only be much better than the case was with Ex-president Illey who is accused of gross human rights violations besides his many political blunders.

READ ALSO: New President of Somali Region Is A Believer of ‘Greater Somalia’?