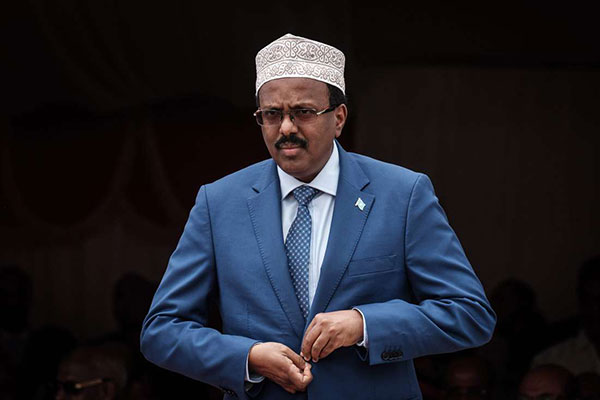 Five presidents of the federal states of Somalia have come together to put pressure on the president to deliver on his promises.

They have formed the Council for the Co-operation of Federal Member States of Somalia, even though the country already has the National Leaders’ Council that also includes them and President Mohamed Abdullahi Mohamed Farmajo.

This is the only organ that makes decisions on issues that affect relations between regions and the centre.

Adam Isaac Yarow, Somalia’s Deputy Minister for Information told The EastAfrican that the speeches of the regional leaders at the Kismayu meeting were overly critical of the centre on various issues. He said the government believes that its main objective is to gang up against the federal government.

“The federal government is willing to resolve any issues with the regional states in an amicable manner and in accordance with the National Constitution,” said Mr Yarow.

The council held a two-day meeting in Kismayu, the capital of Jubbaland State beginning September 4, during which they castigated the government for failing in the fight against Al Shabaab and the legislation process.

They also noted that the government has dithered over the constitutional making process, saying it has done little to ensure that the country holds a one person one vote in elections in 2020. They added that there lacks a mechanism for sharing resources between the regional states and the government.

The United Nations Special Representative for Somalia, Michael Keating, who attended the Kismayu meeting, however urged the regional leaders to strengthen co-operation between themselves and the central government in order to create stable conditions for economic growth and the fight against Al Shabaab.

“For a stable Somalia, there must be tangible progress in building security forces that are both capable and trusted, adopting a justice model, clarifying constitutional arrangements and power-sharing arrangements, passing an electoral law, and increasing revenues on the basis of resource- and revenue-sharing agreements,” said Mr Keating.

Experts on Somalia politics say the new council is likely to weaken the Election Committee by portraying it as incapable of conducting elections in the five states. Regional states are required to hold elections starting November in the run up to the 2020 vote.

Abdullahi Abdi Mohamed, the chairman of the Mogadishu-based Aratgi Wadaag political think-tank, told The EastAfrican that the five regional leaders may prevent the electoral body from holding elections in their regions.

“This is because they got to the leadership through sham elections at a time when there was no national electoral body,” he said.

“Some of them want to maintain relations with the United Arab Emirates contrary to Somalia’s foreign policy,” he added.

Relations between Somalia and the UAE soured sourced in April when Mogadishu refused to cut its ties with Qatar as proposed by Abu Dhabi and Saudi Arabia based on allegations that link Qatar to terrorism.

The UAE later suspended its military training programme in Somalia which had been running since 2014.

Mr Mohamed said that the only way the country can hold a universal suffrage vote in 2020 is after regional states hold credible elections and co-operate with the central government to take over all the areas that are still being held by Al Shabaab.

But the five regional leaders maintain that it is President Farmajo who is not delivering on his promises.

The Kismayu meeting was the second after the first one was held in October last year where they demanded more share of national resources.