Home International Africa CAR: Poorest country in the world splashes all on weopons 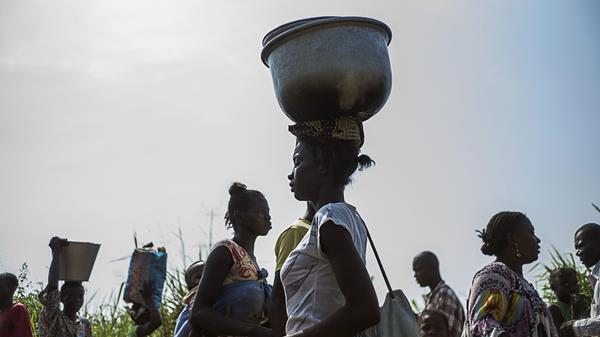 The Central African Republic has the world’s lowest per capita income, but it is the world’s biggest buyer of weapons as a percentage of imports.

The road map was precise. Devastated by a brutal civil war, the Central African Republic (CAR) decided in 2014 to restore its broken education system. The country received international aid worth $65 million but said it was still $53 million short for its plan to hire teachers and rebuild schools by 2017. It turns out the country had the money. It just chose instead to spend what it said was its education budget shortfall for three years — plus an additional $6 million — on one year of the war.

The CAR has the lowest per capita income — less than $2 a day — in the world. Two-thirds of the country’s population lives in poverty, according to its government. But the landlocked nation has emerged an unlikely leader in an arena usually dominated by emerging or established powers, and relatively wealthier nations: military imports. According to the World Bank’s latest data:

THE CAR IS AFRICA’S LARGEST IMPORTER OF MILITARY WEAPONS. IN 2015, IT SPENT $59 MILLION, OR 10 PERCENT OF ITS IMPORT BILL, ON WEAPONS, A HIGHER PROPORTION THAN ANY OTHER COUNTRY IN THE WORLD.

Such an arms budget for a country so poor is unusual, but the country has been racked by a six-year civil war. The government’s now effectively restricted to the country’s capital, Bangui, while 14 different militias control the rest of the territory.

“That a government that considers itself to be at war would be looking for opportunities to buy weapons” makes sense, says Yale anthropologist Louisa Lombard, whose research has focused on the CAR. And an international community that’s tried and failed several times to intervene and curb the conflict is now acceding to the government’s requests for arms instead. The CAR spends more on weapons than on anything else.

The conflict began in 2012 after Muslim groups known as the Séléka accused the then government of reneging on a 2007 agreement to end a previous civil war. A year later, Séléka forces had invaded Bangui and overthrown the government. Armed Christian groups called the Anti-balaka fought back. The Séléka were expelled from the capital, but former fighters from both groups scattered and reformed into multiple militias, taking control of vast parts of the country. The natural resources of those regions, including precious minerals like gold, were then used to fuel the insurgency, says Matthias Nowak, a researcher with the Geneva-based Small Arms Survey research project.

“THE CAR’S 2015 FOREIGN WEAPONS BUDGET IN ABSOLUTE D0LLARS BEAT EVEN TRADITIONAL BIG SPENDERS LIKE THE U.S., INDIA, PAKISTAN AND INDONESIA.”

Alarmed by the conflict, the U.N. tripled its peacekeeping strength in the country and imposed an arms embargo, hoping to keep the disparate groups from buying weapons abroad. France even intervened militarily but left the country only three years later. Meanwhile, the CAR’s own military — the Forces Armées Centrafricaines (FACA) — effectively disbanded and turned into a noncombat force.

When international interventions failed, the U.N. relaxed its embargo. Some of the weapons currently imported are intended for the country’s own police and army, while others are likely intended for U.N. forces there.

Traditionally, the world’s biggest military spenders have either been countries that have large domestic military industries, such as the U.S., European nations and Israel, or countries on high alert for regional threats, like India, Pakistan, Algeria or Saudi Arabia. Other countries torn by civil war — think Libya, Syria and Yemen — aren’t spending nearly as much on weapons as the CAR. That’s partly because of U.N. embargoes on weapon sales to these countries, but the CAR’s 2015 foreign weapons budget in absolute dollars beat even traditional big spenders like the U.S., India, Pakistan and Indonesia.

As of early 2018, the U.N. has approved Russian sales of weapons to the Central African Republic. Both guns and Russian military trainers have already started arriving, so experts expect the CAR’s military import expenses to rise even further. But the new influx could potentially alter the equation between the government and the rebels, says Lombard. Recent joint patrols between U.N. forces and a rearmed FACA have also sparked optimism.

As for school spending, Nowak points out that development projects need functioning schools and markets, and these, in turn, need security. Economic opportunities, once available, may attract potential fighters to civilian life, he adds. “Security is a necessary condition for economic development,” Nowak says. At the moment though, the CAR — despite its splurge on weapons — has neither.

Charu Sudan Kasturi is a Senior Editor of OZY