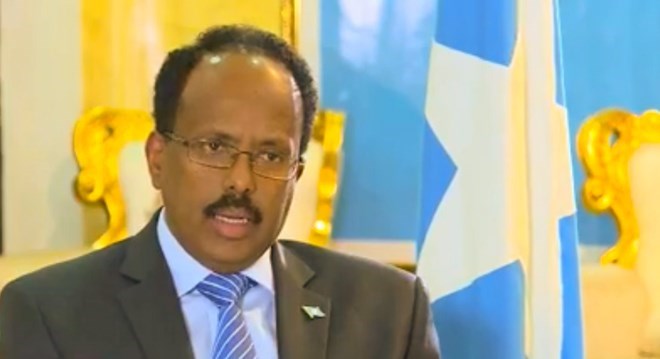 Leaders of Somalia’s regional states did not turn up to a meeting with the country’s president which was scheduled to take place in the capital, Mogadishu on early Monday.

The two sides had been expected to meet at the state house and discuss over the political crisis that started after the leaders of the five regional states declared that they have severed ties with the Mogadishu-based government two weeks ago, accusing it of failing to deliver on its promises.

On Monday, however, Somali government officials were left waiting for the arrival of the regional presidents, according to officials close to the president, who spoke on condition of anonymity as they were not permitted to speak to the media.

The Somali government is yet to comment on the matter, but sources said that the date for the meeting remained flexible amid ongoing behind scenes talks with the regional leaders.

No reason has so far been given by the regional leaders on why they have missed their planned meeting with the president.

The development comes few days after president Mohamed Abdullahi Farmajo has canceled his planned trip to New York to attend the annual UN General Assembly which is set to open next week in a bid to help end a growing political crisis in Galmudug State where opposing parliamentary factions have ousted the region’s top leaders in controversial moves.

However, sources close to the president told HOL that fears over protests against his administration’s performance that have already been planned to greet him upon his arrival in the United States also remained the main concern that prompted him to cancel the trip.

According to the sources, Mr. Farmajo was also scheduled to make separate trips to Minneapolis to meet Somali communities from across the US before he’d attend his daughter’s wedding in Buffalo, NY next week.

US-based Somali activists have reportedly begun planning large protests against Mr. Farmajo’s administration which faces mounting criticism against its policies and security handling since his election on early 2017 amid an increase in new attacks and assassinations across the capital, Mogadishu in recent weeks.