Home International Conflict/Crime Somalia: Young man is gunned down, roads get closed to traffic in... 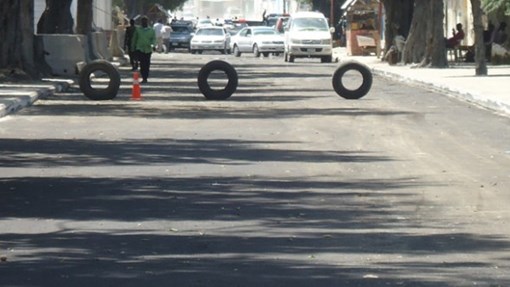 It is yet another sad morning for Mogadishu which witnessed the killing of another young man taking tea at a tea shop not far from his home at Warta Nabadda (Ex-Wardhiigley) district of the Somalia capital, Mogadishu.

Assailants armed with pistols quite brazenly walked up to where the young man was sitting and opened fired at him at point blank.

Neither the young man nor anybody else expected such an attack explaining why the assailants were neither caught nor identified.

Security forces arrived at the scene to, only, collect the body as there was no sight of the assassins.

Another young man who worked for one of the leading telecommunication firms in Somalia, Somtel, was killed on Tuesday at one of the busiest commercial centers in the city on similar, unexplained circumstances.

This latest killing, Thursday, confirms a suspicion that among a repertoire of tactics some of the city’s terror groups are using is to terrorize the most vulnerable sections of the society, such as youth and civilians, in order to drive their message of ‘we do what we wish to do when we want to do’ home. In a remotely related development, Mogadishu residents woke up to whole sections of the city and some of the busiest thoroughfares closed to traffic. Among the areas cordoned off by armed security officers were the junctions of the Shaqaalaha, Taleh, KM4, Zoppe and Benadir – all within the Hodan district.

Hodan District administrative offices had been the target of a car bomb only ten or so days ago.

Of late, assassinations, car blasts, suicide bombing, IEDs plants and the like had risen in the struggling Somalia Federal Government seat making it as vulnerable and as unsafe as it had been for the past 28 years.