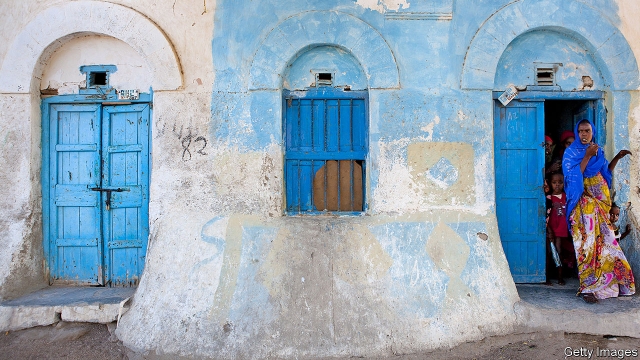 Somaliland’s Inviting Ottoman Heritage – IMPERIALISTS have long coveted Somaliland’s coast. Nowadays visitors to Berbera, its main port, can stroll from an old American airbase, pass a clutch of buildings where the British ran the territory from the late 19th century until independence in 1960, then trundle on to Moscow Village, where Russian technicians were billeted in the era when Somaliland was absorbed into Somalia, and the Soviet Union was its key ally.

But imperialists come and go. It was the Ottoman Turks, lording it centuries before the British, who have left the finest architectural mark. Their limestone villas, with arched colonnades and latticed windows, still line Berbera’s unkempt streets. Whitewashed mosques and even a synagogue can be glimpsed down its alleys. The port of Zeila, north-west of Berbera, hosts a crumbling seventh-century mosque.

Africa’s eastern coastline, from Sudan to Mozambique, is dotted with architectural gems. Tourists love Zanzibar and Lamu, islands off Tanzania and Kenya. Several coastal towns of Somalia are just as charming, including the old quarter of Mogadishu, the capital. But after decades of devastating civil war, few foreigners risk visiting them. Somaliland, which broke away from Somalia soon after a coup in 1991, should be a better prospect. It is relatively stable. Tour agencies already offer trips. Restoring the Ottoman quarters could pep up its attraction.

Some visit Berbera to follow in the footsteps of Elmi Boodhari, a poet who lived in the old quarter. In the 1930s he rhapsodized in verse over an encounter with a girl called Hodan and was said to have pined to death from unrequited love. Hodan has been immortalized in Somaliland’s legend. The statelet’s tourism director happens to be Hodan’s son.

If Somaliland were recognized as a state, it could ask UNESCO, the UN’s cultural agency, to declare Berbera and Zeila World Heritage sites and win foreign funds. Somaliland officials hope that UNESCO may make an exception and let Somaliland join, as the Palestinian Authority was allowed to do in 2011.

Turkey could be asked to help. Today’s successor state of the Ottomans has promised to restore old buildings on the Sudanese island of Suakin, farther north up the Red Sea. The snag in Berbera is that the United Arab Emirates, a rival of Turkey, has got there first and is building a military base. Perhaps the Emiratis could spruce up the city while they are at it.